by Cindy Sheehan for Congress 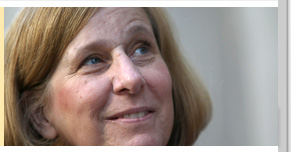 Many economists are predicting a deep recession that will last years, not months. We are seeing evidence of this as almost one million people have lost their jobs in 2008 and one out of every 11 homes are in foreclosure or heading there.

For example, retail giant Circuit City will be closing 155 stores and laying off 17 percent of its work force. The federal government won’t bail out Circuit City to save those jobs or the jobs of vendors who will lose business also. But if Circuit City sold mortgage-backed securities instead of TVs and computers, you can bet the feds would be pumping money into Circuit City.

My opponent, Nancy Pelosi, who is personally invested in at least one company that has received massive government welfare – AIG – and her colleagues who fought against their constituents to ram this $700 billion farce down our throats are not working to pump money into our economy.

Nancy Pelosi owns $500,000 of stock in AIG, and AIG is receiving $85 billion in corporate welfare thanks to our hard earned tax dollars. How is that not a distinct conflict of interest?

The first thing that I will do as the Congressperson from San Francisco (besides working on impeaching Bush and Cheney) will be to work on legislation to create jobs that pay living wages – not minimum wages – to put people to work repairing our crumbling infrastructure and schools, build affordable housing, clean up the environment, invest in renewable energy, build public transportation and end free trade agreements to bring our good manufacturing jobs back to America.

To pay for these ambitious, yet humane and necessary programs, we need to reduce spending on the military industrial complex, bring our troops back from Iraq and Afghanistan to save $16 billion per month and charge oil companies excess profit taxes because they have profited off the misery of others for at least a century.

This is an emergency plan and to remake our economy to make Americans prosperous, we will have to restore some financial protections that were destroyed during the Clinton-Bush dynasties. The Federal Reserve – which is neither Federal, nor Reserve – will have to be completely overhauled and single-payer healthcare and free state university education will have to be instituted to educate and take care of every American – not just for the elite.

I believe healthcare, housing and education are basic human rights, not privileges. Nancy can come up with $850 billion when her buddies need it; now, my buddies, THE PEOPLE, need a bailout!

If you believe in my “gurgle up” economics plan, please VOTE FOR ME, VOLUNTEER FOR ME or DONATE $20.08 to help us as we are blanketing this city with Cindy Sheehan for Congress materials. To volunteer, call (415) 621-5027 or email Jackson@CindyforCongress.org.

Thank you for your constant support, prayers and confidence! On our way to VICTORY for the people!

Presently, everything is so cosmically urgent that we must put partisan politics behind us and humanity in the forefront.

There are four human rights that I believe are basic to everyone, everywhere:

Security: The importance of a person’s right not only to be physically secure, but also secure from one’s own government. Why is it “hacking” when a private person breaks into another’s email but “national security” when our government does it? The only reasonable usage for a military is to defend our nation from attack and in case of natural disasters – not to be over-extended in immoral foreign wars of aggression to be killed or kill innocent people.

Prosperity: This is the right to education, health care, housing, healthy food, clean water and a job that pays a living wage, where our retirement is provided for and our retirement accounts can’t be raped and pillaged by government or Wall Street.

Cindy for Congress believes that every individual in the world deserves these four fundamental necessities. We also believe that the parasite class is sucking the life out of our communities and families and the recent socio-economic collapse is the result of decades of a consolidation of wealth and power that is culminating in the bankrupting of our nation to benefit this parasite class and plunge working families even further into a financial morass.

If we are to be intellectually honest with ourselves, we know that the Democratic-Republican monopoly in our political milieu are co-equally responsible for the mess and that the solution is not to bail out the finance industry but to build protections into our economy for us citizens who unknowingly or reluctantly support the rescues and profitization of the parasites with our labor and taxes.

Cindy for Congress calls for an indefinite moratorium on mortgage foreclosures and then reorganization or renegotiation of mortgages after home prices have adjusted to appropriate and reasonable levels with federal government support.

Cindy for Congress calls for an indefinite extension on food stamp and unemployment benefits as an economic and social safety net for the most vulnerable of our brothers and sisters.

Cindy for Congress calls for the immediate withdrawal of troops from Iraq and Afghanistan and the downsizing of our military industrial complex to save trillions of dollars per year.

Cindy for Congress calls for state and federal jobs programs that put people to work rebuilding our rotting infrastructure and cleaning up our fragile environment.

Cindy for Congress calls for lobbyist money to be completely eliminated from Capitol Hill. Both major party presidential and Congressional candidates receive millions of dollars from financial conglomerates. Public financing of campaigns will level the playing field and force our legislators to be responsive to citizen constituencies. Nancy Pelosi owns $500,000 of stock in AIG, and AIG is receiving $85 billion in corporate welfare thanks to our hard earned tax dollars. How is that not a distinct conflict of interest?

Cindy for Congress calls for the re-institution of the Glass-Steagall Act that was enacted during the Great Depression to prevent financial institutions from merging, causing the crisis we are in today when they fail. Nancy Pelosi was a major supporter of repealing this vital act in 1999. Cindy for Congress calls for other regulatory measures that would prevent such a crisis in the future.

Cindy for Congress demands that any company that gets “bailed out” by our tax dollars – on a case by case basis and only after a citizen’s review – have a strict repayment schedule and a major reduction in CEO salaries, bonuses and “golden handshakes.” No blank checks or unregulated bailouts from the criminal Bush regime. A commission made up of experts, members of labor and taxpayers must be instituted as an oversight committee on what is really a necessary restructuring of greedily destructive capitalism.

Cindy for Congress demands that this reverse Robin Hood effect – robbing from the poor to give to the rich – end immediately.