Once the money’s gone, it’s not coming back 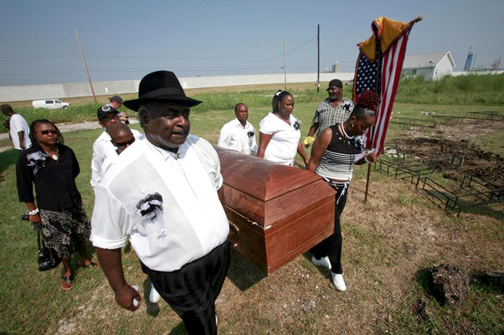 The U.S. has committed nearly $3 trillion to the financial bailout so far. The Federal Reserve has made more than $2 trillion in emergency loans and another $700 million has been pledged through Congressional action. Much more money is coming.

Things better for your community? I didn’t think so.

Welcome to Katrina world. Despite pledges of a hundred billion dollars, we are still in deep pain along the Gulf Coast. What happened?

Unless citizens are vigilant and demanding, the entire U.S. will be subjected to the same forces that swept through the Gulf Coast after Katrina – spending huge amounts of money and leaving a second disaster behind.

Despite promises of buckets of bucks, New Orleans still has 60,000 abandoned homes. Media reports say that 75 percent of the abandoned buildings have homeless people sleeping in them.

Public healthcare and public education and public housing are all less available and being thoroughly privatized. Crime is sky high, though we still have 100 National Guard members patrolling our streets.

So what lessons can be learned from Katrina world that apply to the financial bailout?

First, demand transparency. Insist on knowing how much money is being spent, by whom it is being spent, who is receiving it and for what reasons. Bloomberg News sued the Federal Reserve in November to find out who got the money from the more than $2 trillion in emergency loans they have given out. The government refuses to release that basic information. Such an outrage cannot be permitted.

Second, keep a constant watch out for predators. Many interests feast on the suffering of others. When disaster hits, some see opportunity for their own private interests. What Naomi Klein calls disaster capitalism kicks in and the big bucks start flowing out and away from real needs. Those who are not already picking the bones are circling. It is up to us to force them away.

Third, people have to participate in the decisions. During and after a disaster, there is a vacuum of leadership and those with the most resources usually rush in, declare an emergency and then go on to make decisions about what has to be done. Not surprisingly, these folks are focused on taking care of their own interests first, and often second and third. We cannot let emergencies be the excuse to avoid democratic decision-making.

Fourth, the human rights of the least powerful must be made a conscious priority. This is the exact opposite of what happens. The human right to housing, land, livelihood and freedom from discrimination must guide the response to the emergency. Liberation theology calls this the preferential option for the poor. Year end bonuses continue while foreclosures increase? The needs of the poor must take priority over the wants of the rich.

Fifth, insist on gender equity. Experiences show a systematic violation of the rights of women in every phase of disasters. The presence and participation and value of the role of women have been seriously inadequate. Women bear a disproportionate burden of the effects of poverty. The human rights of women must be immediately respected as their suffering and disrespect continues today.

Year end bonuses continue while foreclosures increase? The needs of the poor must take priority over the wants of the rich.

If our citizens and organizations demand these five principles be respected and followed, there is a chance that the post-bailout environment will not end up like the post-Katrina landscape of New Orleans and the Gulf Coast. Because there is one iron rule in responding to disaster – once that money is gone, it is not coming back.

Bill Quigley is a law professor and human rights lawyer at Loyola University New Orleans. He can be reached at quigley77@yahoo.com. 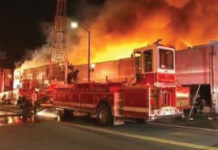 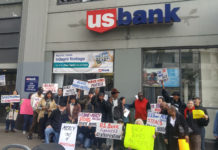 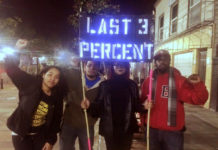