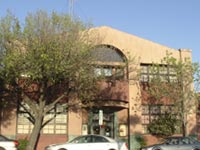 Like Hallinan, I’m not a “neutral” observer, but rather a participant in the struggles at the station. The LSB is divided – quite sharply – into two factions, with Hallinan and me on opposite sides of the aisle. I invite KPFA and KFCF listeners to consider and evaluate both our opinions.

Curiously, Hallinan expressed his views on the state of KPFA without identifying the individuals who actually wield power at the station. This would be somewhat like discussing U.S. politics over the past eight years without mentioning George Bush and Dick Cheney. The current powers that be at KPFA are General Manager Lemlem Rijio and Program Director Sasha Lilley. In my opinion, these two managers also are responsible for many of the problems that now afflict the station.

How did they come to power? Rijio was appointed interim general manager in early 2006 by Greg Guma, at that time the executive director of KPFA’s parent organization, the Pacifica Foundation. Guma says he and Rijio had agreed then that she would hold the job no longer than nine months; he recently wrote on an email list, “I wish she had stuck to the arrangement we had made.”

Late in 2006, Rijio, in turn, appointed Lilley as interim program director. In September 2008, Guma’s successor, Nicole Sawaya, elevated Rijio to permanent-status general manager. Sawaya acted on her last day on the job at Pacifica. (For more about this, see my article, “September Surprise,” at mediajusticekpfa.blogspot.com).

As Rijio and Lilley have now been in office more than two years, it’s appropriate to look at what they have and haven’t done.

Certainly, they’ve excelled at instigating conflict and controversy. In January 2007, Rijio cancelled the program Youth Radio after one episode of the program aired a song containing FCC-prohibited words that the program producers had neglected to edit out. The blue language certainly needed a firm response, given the possibility of the station being hit with a huge fine. But it was hardly sufficient reason to permanently eliminate a program, particularly one tailored for the next generation of listeners.

In August 2007, without any preceding negotiation or discussion, Rijio withdrew management recognition of KPFA’s long-established Unpaid Staff Organization (UPSO). Although most of the station’s paid employees belong to a union, the more numerous volunteer workers (“unpaid staff”) were thus left without officially recognized collective representation. By a surprisingly lopsided vote – 13 yes, 0 no, 5 abstaining – the KPFA Local Station Board directed Rijio to rescind her action. The Pacifica National Board, which oversees the entire network, passed a similar resolution three months later. Rijio has ignored these directives.

By the way, Hallinan’s claim that the UPSO’s “criteria for membership violate Pacifica bylaws” is false. See the Pacifica bylaws at www.pacificafoundation.org. The relevant portion is Article Three, Section 1B, which expressly recognizes that unpaid staff organizations may set their own membership qualifications.

Last summer brought the shocking act of KPFA management summoning Berkeley police to have unpaid programmer Nadra Foster thrown out of the station. Rijio and Lilley were not the ones who called the cops, but neither has apologized to KPFA’s community of listeners, many of whom surely found it disgraceful that an organization founded by pacifists would take such action. An eyewitness account of the police action, from KPFA’s Anita Johnson, can be found at www.blockreportradio.com.

Following the uproar over the police action, management did announce a mediated “healing” meeting for staff. That meeting was set for Sept. 30 but was cancelled one day beforehand and has never been rescheduled.

Meanwhile, about 75 KPFA staff members have signed a no-confidence statement calling for a new general manager at the station. Those signing include music hosts, news reporters and public affairs programmers. Although most of us do not receive paychecks for our work, we do want respect and fair treatment.

Another ominous management action, albeit less well-known, is the effective suspension of KPFA’s Program Council, which is historically the body that was responsible for programming decisions. With members from the paid staff, unpaid staff, the listener community and the Local Station Board, the Program Council was a working example of representative decision making.

But after becoming program director, Lilley disputed the decision-making authority of the Program Council and instead claimed that power for herself. Under her direction, the council, which formerly met weekly, now has not met for months.

Being an organization that talks about democracy, KPFA ought to be able to practice participatory decision making in its own affairs. Instead, the decisions most vital to listeners are now being made autocratically. Rather than becoming more democratic, the station has regressed in the past two years, with top-down commands replacing discussion and voting.

Is management contemplating another 1995-style purge of programmers? Or do they simply want to preempt unwelcome attempts at change, like the 2003 effort to move Democracy Now to a better time slot?

Certainly, adding new local programs seems not to be on this management’s agenda. To date, all they’ve done is take a show – Youth Radio – off the air. Lilley has imported programs from KPFA’s sister stations in New York and Los Angeles, but there have been no new locally produced public affairs programs created during her tenure.

Important communities such as African-Americans, Filipinos, LGBT people, seniors and veterans still do not have dedicated programs, and there’s not enough coverage of labor, the environment or the “justice” system and its prisons. Occasionally, there is a notable special program, for example, the coverage of the Winter Soldier assembly last March, which was certainly a vital broadcast. Yet one-time specials are no substitute for a long overdue reevaluation of the overall program schedule and a democratic process for updating it.

As Hallinan notes, money is tight at KPFA these days. However, that need not be an obstacle to enhancing the programming. Most of KPFA’s existing programs are already produced entirely by unpaid staff; these include some of the station’s most popular and innovative programs, such as Voices of the Middle East and Guns & Butter.

With training and dedication, new volunteers can create new shows. Indeed, it is precisely by engaging with the many communities that merit more attention, and by adding fresh programs, that KPFA could help alleviate its financial crunch – by attracting more listeners and more subscribers without expanding the payroll.

But adding new community-based programs and programmers is apparently not the intention of the current regime. One staffer says he’s been ordered out of meetings after suggesting that one way to attract more subscribers is to broadcast better programs.

Important communities such as African-Americans, Filipinos, LGBT people, seniors and veterans still do not have dedicated programs. … By engaging with the communities that merit more attention and by adding fresh programs, KPFA could help alleviate its financial crunch – by attracting more listeners and more subscribers without expanding the payroll.

And what has been the role of the Local Station Board in these conflicts? Hallinan’s faction on the board, the “Concerned Listeners,” has stood by the present regime almost 100 percent.

But given the record of this management, KPFA and KFCF listeners should ask what it is that the Concerned Listeners are concerned about. Is their goal to promote the well-being of the radio station or only to defend the power of the incumbent management? It’s insincere to call for an end to infighting at KPFA while at the same time supporting those who set off the clashes in the first place.

If the present management could abide by its own words and engage in dialogue and consensus building, instead of issuing directives, KPFA might not be a house divided against itself. But because this management continues to follow an inappropriate command-and-control style of doing business, scores of staff members say the station needs new leadership. Until that happens, the station will likely remain mired in conflict.

But Hallinan and I are in agreement on one matter: It is indeed high time for a discussion about the future of KPFA and Pacifica and how to make the station and the network relevant and important to more people. That discussion should take place in multiple forums, including KPFA’s own airwaves.

Anthony Fest has been a KPFA reporter since 1994. He is also a staff representative to KPFA’s Local Station Board (LSB). He can be reached at ADF55@yahoo.com. This story first appeared in the January 2009 edition of the Fresno Community Alliance Newspaper.

Staff and listeners who were appalled when KPFA and Pacifica managers called police who violently arrested and jailed 12-year volunteer programmer Nadra Foster have organized a fundraiser for Nadra’s legal defense against the serious criminal charges she still faces. The fundraiser is Thursday, Jan. 22, 7 p.m., at La Pena, 3150 Shattuck Ave., Berkeley.

One of the organizers, Local Station Board member Tracy Rosenberg, who also heads the influential journalist advocacy group Media Alliance, is now being threatened with expulsion from the board. She explains:

“While looking at La Pena’s calendar, I was upset to discover another benefit had been scheduled there only two weeks afterwards and was described on the calendar as a benefit for Concerned Listeners of KPFA. I was appalled that instead of assisting with the benefit for Nadra, who is STILL facing five charges in Alameda County Court, a competing event would be scheduled at the same venue. It struck me as callous, inhumane and extremely disrespectful, both to Nadra herself and to unpaid staff organizing at the station.

“So I made up a flyer where I asked those in the Pacifica family who also objected – since I figured there had to be more than just me – to contact the scheduled performers at the benefit and explain to them that this benefit was not a good idea. I also thought that South African freedom choirs and labor rights activists shouldn’t be raising funds on behalf of the slate that has continued to support the manager’s refusal to recertify the UPSO and to support CL’er Sherry Gendelman’s statement that she ‘tipped her hat to KPFA management for calling the police on Foster.’ I am not in any way disavowing authorship of the flyer and have been quite straightforward about it.

“The benefit has since been canceled as some of the performers were indeed uncomfortable.

“I just learned that the LSB has scheduled a 30-minute ‘investigation’ of the flyer for the next meeting. This is scheduled in open session, so I am asking that if possible you try to come to the Jan. 10 meeting at 11 a.m. at Humanist Hall, 390 27th St., in Oakland.”

Tracy’s colleague on the board, Sasha Futran, writes in response:

“There is a serious attempt underway to pressure and maybe even attempt to get rid of some of the LSB members on our side. It won’t succeed; there really is no chance. However, in the meantime it is also very important that Concerned Listeners and some specific staff members see the kind of support our board members have and for there to be a large turnout.

“We also need to have our arguments prepared both for the LSB discussion and public comments by anyone who speaks. … It is also important for people to be willing to speak up. If a lot of people speak, everyone is quite safe. If people are afraid and don’t, that is what gives the others the courage to try to do horrid things. Besides, staying silent will guarantee changes to the station that we won’t like.

“It’s really time to take a public stand and it would also be a good idea for people to ask what the station is doing to set in place measures that will prevent the police from being called for no good reason to begin with.”