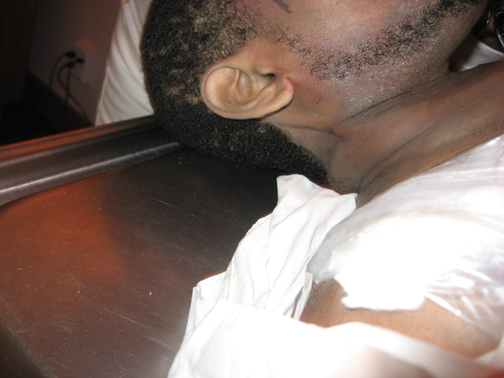 Gregory Johnson Jr. would have turned 21 on March 1. “He was talking about his 21st birthday,” his mother, Rev. Denise Johnson of Clearlake, told the Lake County Record-Bee. “He was making plans to live, not to die.” She questions the suicide theory posed by law enforcement officials, remembering her son as a positive, cheerful young man. 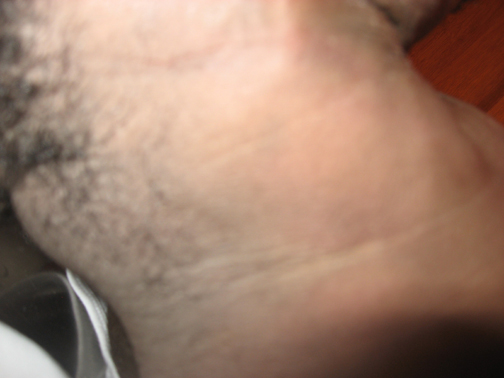 “He had everything in front of him. He had a year and a half to go before he graduated and already had his AA in political science. He was well loved by his friends and peers and had intentions of running for fraternity president,” Rev. Johnson said, explaining why she believes he did not commit suicide. A certified personal trainer at Bali’s Fitness Gym in San Jose, Gregory was considering an internship with the Golden State Warriors and was in good academic standing.

Gregory was the only African American in the Sigma Chi Fraternity at San Jose State University. 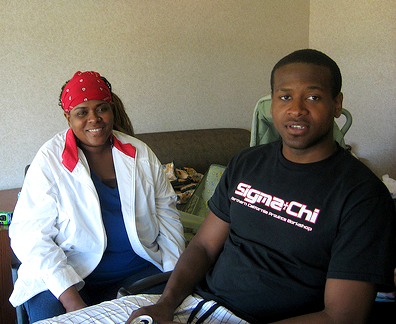 Dana Overstreet, supervisor of the Homicide Division of the Santa Clara District Attorney’s Office, said Thursday, Feb. 5, that police are still investigating the suspicious death of Gregory Johnson Jr., a sophomore at San Jose State University, who was found dead in the basement of the Sigma Chi fraternity house Nov. 22, 2008.

Capt. Forester of the Santa Clara County Sheriff’s Office, who manages the medical examiner’s and coroner’s office, said Feb. 5 that Gregory’s autopsy has been completed, and it states that he died of a ligature hanging Nov. 22. His mother says that his death was listed on the campus police website as a body found in the Sigma Chi fraternity house on the San Jose State campus.

Capt. Forester said the case is closed in his office but that the district attorney has requested a copy of the autopsy and all reports connected with the death. “The autopsy and the investigative reports are public record, and any member of the public can pay for a copy,” said Forester.

Forester said Feb. 9 that the manner of Gregory’s death was suicide. But not all the authorities agree. Rev. Johnson, Gregory’s mother, reported Thursday, Jan. 29, that Eric Wong, investigator for the San Jose State University campus police, said the cause of death is “inconclusive.”

Rev. Johnson learned later the same day that Dana Overstreet, the DA’s homicide supervisor, said all documents and reports concerning Gregory Johnson’s death were turned over to her in December of 2008. Then Overstreet retracted her statement in a telephone interview Jan. 29, stating that her department has some papers and documents but not all of them, and she is waiting for the autopsy and toxicology report before making any public statement. Overstreet termed the tragedy a “suspicious death.”

Overstreet confirmed Friday. Feb. 5, that the medical examiner’s responsibility to determine the cause of death is closed and his findings are public record, but the police investigation into the circumstances surrounding Gregory’s death remains open and ongoing.

Gregory’s older brother, Sekou Gilchrist, said he was told by campus police shortly after Gregory’s death that the investigation would be completed in a few days because the case was “cut and dry.” “Those were the words he used,” Gilchrist said.

“I think the investigation was poorly handled,” Rev. Johnson told the Lake County Record-Bee. “I feel (Gregory) wasn’t treated as a human being, let alone a student who was achieving, a popular student who was well on his way to graduation.

“I feel that this has been swept under the rug. I feel that the suspects were treated like witnesses instead of suspects in a hate crime.”

Countered campus police Sgt. Michael Santos: “Ever since this investigation began, there were numerous fraternity members that were interviewed and they will continue to be interviewed until we are satisfied that there is nothing more we can get from them.”

Santos added: “I really feel for the family. As much as possible, we are doing what we can for them. But the information the family is giving us isn’t leading to anything that would lead us to believe that this was foul play.” 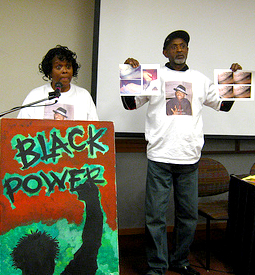 When Gregory’s parents went to the fraternity house the day after his death, they told the Record-Bee, the scene had already been cleaned and disinfected. They were told that Gregory was found hanging from the basement ceiling with his legs straight out and his buttocks inches from the floor.

“There is not a mark on my child and there is no way he hung there while he was alive,” said Rev. Johnson. “Gregory was 6 feet 2, 197 pounds. They showed me the ceiling where he was found and it wasn’t even a good 6 feet high. His father had to duck down inside the room.”

Rev. Johnson questions the cause and manner of death shown on Gregory’s death certificate – suicide by ligature hanging – and has called Cindy, the coroner’s investigator, every day for the results of the autopsy report.

“They ripped my heart out,” remembers Denise. “They told me to accept it” (the suicide). Rev. Johnson and her relatives call everyone they can think of every day and get different messages from the campus police, the coroner’s office and other officials they call.

On Wednesday, Feb. 4, a relative of the Johnsons learned from Claudine, who works nights at the Santa Clara Coroner’s Office, that the autopsy has been completed, but the computer screen is grayed out. However, Cindy, who works at the coroner’s office at the front desk, keeps telling Rev. Johnson that the autopsy report is not ready and asking her to stop calling every day.

Gregory was a sophomore at San Jose State earning As in his classes, studying sports medicine and living at Sigma Chi Fraternity on campus, according to Rev. Johnson. He was also a licensed, ordained Baptist minister.

Rev. Johnson remembers Gregory telling her his clothes were disappearing – stolen – and that fights would break out at the frat house after parties. Campus police computerized crime reports list two batteries, one robbery and fights every week at the Sigma Chi fraternity house during October and November of 2008, according to Rev. Johnson.

When Rev. Johnson went to the frat house to take care of her son’s body and arrange for a funeral, all of her son’s jewelry was missing, including his class ring from Lower Lake High School, where he graduated with honors.

Gregory’s cell phone had been erased when his sister saw it on the floor of his frat room Nov. 23, when the family came to get what was left of his belongings at the Sigma Chi house. One voice message remained in the phone’s memory; it was recorded at 8:30 p.m. Nov. 22, according to his mother.

Gregory’s parents, Rev. Denise Johnson and Gregory Johnson Sr., think someone at the frat house erased all Gregory’s pictures and withheld the cell phone from the police until the phone was blank.

The extension cord Gregory is alleged to have hanged himself with is not included in the articles of evidence, according to Rev. Johnson. Could the cord have been withheld from the police because of DNA or fingerprints on the cord? Could someone other than Gregory have hanged his body after he was killed and his neck broken?

Members of Gregory’s church, Praises of Zion Baptist Church in Clearlake, agree with his mother that Gregory would never hang himself. “It’s just not in character with who he was,” stated Kevin Victorian.

Gregory’s high school teacher, Ann Nolasco, wrote a letter to the editor of the Record-Bee expressing hope that the truth will come out and lauding Gregory as “an extraordinary young man.” “He was the student body vice president, activities director, a drama student and the school’s athletic trainer,” she wrote. “Greg was a member of the Academic Decathlon Team and was the Lion’s Club regional finalist Speaker of the Year. He was also a member of the school’s wrestling team.

“Greg was very outgoing and loved being around people. He was known for giving the warmest hugs. He was loved by everyone. Greg was not just another student. Greg was a rare and exceptional, well-mannered and amiable individual.

“Greg had so much going for him. He was a successful student with a very bright future ahead of him.”

His teacher concluded: “We do not want his death to be overlooked. May this case remain open until more information is revealed that leads to the truth. We can only hope and pray that anyone who knows any information will come forward.

“Greg will be loved, remembered and deeply missed forever by all of his friends, family and our entire community.”

Rev. Johnson, Gregory’s mother, said she will continue to seek the truth concerning her son’s death until justice is won.

Joan Moss can be reached at joanmoss@att.net. The Bay View appreciates and acknowledges the intensive coverage of this story by Denise Rockenstein for the Lake County Record-Bee; she can be reached at (707) 994-6444, ext. 11, or drockenstein@clearlakeobserver.com. Bay View staff also contributed to this story, mainly through selected excerpts from Rockenstein’s work.