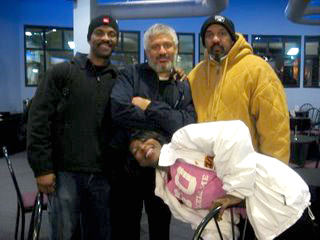 Happy Valentine’s Day! A friend told me that St. Valentine was the patron saint of those behind bars. I also want to wish Albert Woodfox, Angola 3, a Happy Birthday! He has a date for a new hearing scheduled for March 3, 2009, in New Orleans. Let’s hope he is released. Ashay!

Visit my blog for more information about films and Ave Montague – her memorial is Saturday, Feb. 21, at the West Bay Center on Fillmore Street at 12 noon – and for photos of events I’ve attended. 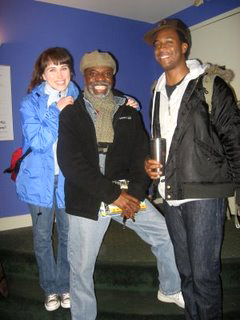 In the first hour of Wanda’s Picks Radio for Feb. 11, the guest is former Georgia Congresswoman Cynthia McKinney, who is giving the keynote address at the 11th Annual Leadership Conference of the Black Caucus of California Student Association of Community Colleges (CalSACC) this week, Feb. 13-15. The conference theme for 2009 is “Ujima: Utilizing the Power of Education for Collective Empowerment,” and the working title is “The Glass Ceiling has been Broken, The Inauguration Parties are Over, Now the Work Begins.” It is hosted by the Black Caucus at Foothill College, Foothill College, 12345 El Monte Road, Los Altos Hills.

In the second hour, we talk to Guy Patrice Lumumba, son of the first elected prime minister of the Democratic Republic of the Congo, along with Lisa F. Jackson, director of the film, “The Greatest Silence: Rape in the Congo,” www.thegreatestsilence.org, and Muadi Mukenge, regional director of Sub-Saharan Africa Global Fund for Women. She also acts as translator for Guy, who speaks in French. To learn more about the Congo and how you can help stop the ongoing plunder of Congo’s wealth and genocide of its people, visit Friends of the Congo.

“For Colored Girls Who Have Considered Suicide When the Rainbow Is Enuf” is a 1975 stage play by Ntozake Shange, a play renowned for bringing a female and Black perspective to the stage. Structurally, “For Colored Girls” is a series of 20 poems, referred collectively as a “choreopoem,” performed through a cast of nameless women, each known only by a color. Co-directed by Sean Vaughn Scott and Cassandra Henderson, this play continues through March 1 at the Black Repertory Group Theatre, 3201 Adeline St. in Berkeley. 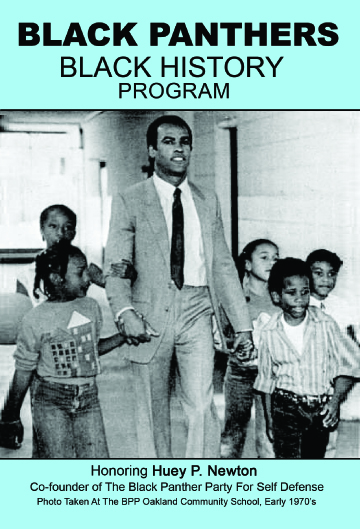 The Oakland Community School, founded and operated by the Black Panther Party, is honoring Huey P. Newton next weekend in a Black History Program featuring spoken word, hip hop music and dance performances and an exhibit of historic photos, Rickey Vincent of The History of Funk, broadcast every Friday, 10 p.m. to midnight, on KPFA 94.1 FM, will discuss The Lumpen, the Black Panther Party’s revolutionary singing group. The program, sponsored by It’s About Time BPP and the Li’l Bobby Hutton Memorial Committee, is Saturday, Feb. 22, from 5 p.m. to 8 p.m. at the Black Repertory Theater, 3201 Adeline St. in Berkeley. For information, contact neome@ocs-communications.com or (510) 856-8328 or Melvin Dickson at the Commemoratory Newspaper, (510) 652-7170.

Not too long ago, Tayo Aluko didn’t know who Paul Robeson was. An architect, specializing in eco-design and living abroad, Aluko doesn’t exactly have to sing for his supper, but he certainly could – his rich deep baritone voice a perfect match for Robeson.

Last year, I squeezed into one of the sold-out shows at the Phoenix Theatre in San Francisco, where the tour ends next week. On the sparse stage, Aluko transforms a small space into Robeson’s world.

Often held, and rightly so, to inhuman standards, Aluko’s Robeson is both a hero and human. His Robeson is vulnerable and suffers when he is separated from family and kept from doing what he loved – ministering to his people with song, being a creative artist.

Paul Robeson was a great and famous actor, singer and civil rights campaigner. When over the years he grew progressively too radical and outspoken for the establishment’s liking, he was branded a traitor to his country, harassed, and denied opportunities to perform or travel. Just as physical, emotional and mental stress threaten to push him over the fine line between genius and madness, he is summoned to appear before the House Un-American Activities Committee to give the most difficult and important performance of his career.

The play, written and performed by Tayo Aluko, is a roller coaster journey through Robeson’s remarkable and eventful life, and highlights how his radical activism caused him to be disowned and forgotten, even by the leaders and descendants of the civil rights movement. It features some of his famous songs and speeches, including a dramatic rendition of “Ol’ Man River.”

Last year, one of Tayo Aluko’s shows was a fundraiser for Mumia Abu Jamal’s defense fund, and this tour he will be participating in a union rally Saturday, Feb. 14, at the ILWU Local 10 Union Hall in San Francisco (see details below). At the Brighton Fringe Festival he won Best Male Performer in May last year. Visit www.callmrrobeson.com and to listen to Tayo Aluko, check out an interview we had last year on Wanda’s Picks Radio Show in the archives at http://www.wandaspicks.asmnetwork.org.

The ILWU, Longshore Workers, the union that shut down all the ports on the West Coast to free death-row political prisoner Mumia Abu-Jamal in 1999, is sponsoring a rally entitled “Racism, Repression and Rebellion: The Lessons of Labor Defense,” Feb. 14, 12 noon, at the ILWU Local 10 Hall, 400 North Point, at Mason, near Fisherman’s Wharf, San Francisco. Admission is free. For information, call (510) 501-7080.

ILWU was born out of the militant 1934 strike in which police killed two strikers in San Francisco, shooting them in the back. Still today police are banned from membership in Local 10. The union has a legacy of defending those under attack by the government, in particular Reds and Blacks, from Harry Bridges and Paul Robeson to Angela Davis, Mumia Abu-Jamal and Troy Davis. For Black History Month, Local 10 is organizing this rally to teach the lessons of the need for unity of action to defend against government repression and racist profiling. These lessons are never more necessary than today, as evidenced by the brutal murder by BART police of Oscar Grant, who was lying face down when shot.

I had an interview with Martina Correia last year on Wanda’s Picks Radio. Check out the archived shows at http://www.wandaspicks.asmnetwork.org. 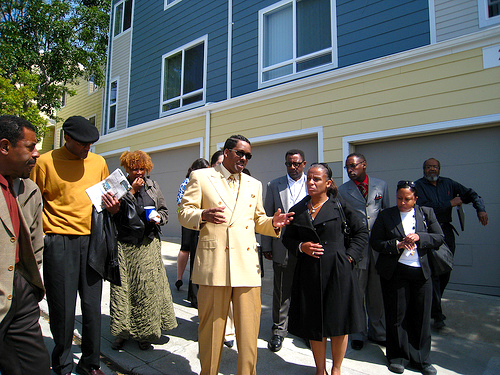 “Prior to changing the ordinance,” she says, “we want to hear from you, if you are:

• An Oakland resident;
• Looking for work in the construction industry or professional services;
• A contractor or developer with a current or future project;
• Involved in any aspect of the construction industry;
• A member or representative of a labor union;
• An apprentice or training program;
• Trying to figure out how to get hired on city funded jobs;
• In any way interested in this subject.”

She wants to know:

Your input will help influence the proposed changes. Come help shape your future at the public hearing. If there are any questions, call the offices of Council Member Desley Brooks at (510) 238-7006 or email her at dbrooks@oaklandnet.com.

Though the group’s efforts to date have been focused on advocacy and getting the issue in front of Barbara Lee, we will share other ways the Bay Area community can come together to raise awareness on this issue in the community. The local Congolese community is also invited to lend their voices, guidance and leadership to this organizing effort! Everyone – from students to artists to business people – is welcome.

Bay View Arts Editor Wanda Sabir can be reached at wsab1@aol.com. Visit her website and blog at www.wandaspicks.com for an expanded version of Wanda’s Picks, her photos and her radio show on the Afrikan Sistahs’ Media Network, http://www.WandasPicks.ASMNetwork.org, Wednesdays at 6-7 a.m. and Fridays 8-10 a.m.