by Dedrick Muhammad and Michael Brown 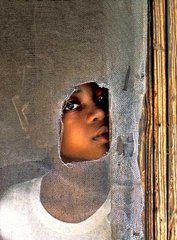 During this Black History Month, the nation and the world anxiously watch the living Black history that is taking place with the first African American president. Yet at this very same moment the future of Black America is in an exceedingly precarious condition. “State of the Dream 2009: The Silent Depression,” a recent report by the Institute for Policy Studies and United for a Fair Economy, highlights how the current economic recession impacts the racial wealth divide in this country.

To a large extent, African Americans never emerged from the 2001 recession. With Blacks having 15 cents of every dollar of white wealth and nearly 30 percent of Black households having zero to negative net worth, the decline of the overall American economy promises to submerge African Americans into a depression. 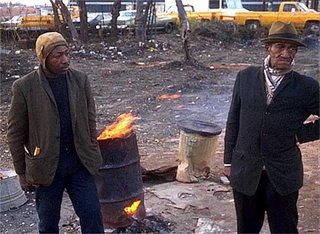 The unemployment rate for African Americans is already in the double digits – 11.2 percent – and is expected to increase to 20 percent or more. It is estimated that a deep national recession which increasingly looks like what the national economy is going through will decrease the Black middle class by a staggering 33 percent. The nation is well on its way to its most severe recession since the Great Depression and African Americans are faced with even greater economic challenges.

As the election has shown, Americans are looking for change we can believe in. We can find examples of such policy change in Great Britain. Britain, like the United States, is one of the most unequal industrialized nations in the world and recently has taken steps to address this.

In 2002 Britain implemented the Child Trust Fund. This program allocates startup savings funds for families with the birth of a child. It is an attempt to assist and develop more of a wealth building society, which is a change greatly needed in the United States. Britain, a wealthy country with the greatest decline in income inequality and poverty since 2000, is also in the midst of discussing a proposal called the “social mobility white paper” to make all government funds and programs focus on decreasing inequality.

This comprehensive approach is also necessary in the United States. As President Obama orchestrates mass government investment to help the economy recover, he must make a centerpiece of this plan to close economic inequality among all groups.

Dedrick Muhammad and Michael Brown work with the Institute for Policy Studies’ Program on Inequality and the Common Good, which focuses on the dangers that growing inequality in the United States poses for our democracy, economy and civic life. Muhammad can be reached at Dedrick@ips-dc.org.