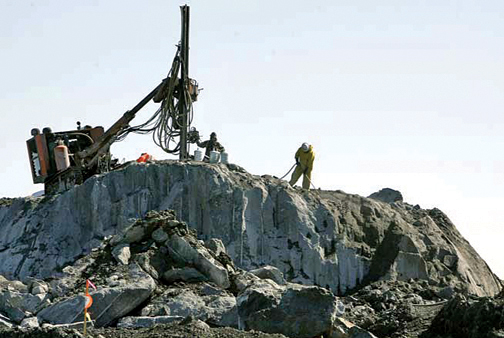 “Biomonitoring is the next logical, critical step for us to take in addressing threats to public health.” – Sen. Deborah Ortiz, D-Sacramento, author of the California Biomonitoring Program, SB689

“Due to the presence of lead-based paint on structures located at Parcel A, interim use of these structures prior to demolition is prohibited. The transferee will be responsible for managing all lead based paint and potential lead based paint hazards including soil lead hazards in compliance with the Residential Lead Based Paint Hazard Reduction Act of 1992, 42 U.S.C. Section 4852d (Title X).” – Parcel A Draft Final FOST (Finding of Suitability to Transfer), Revision 2, Sept. 24, 2002

A conundrum is a riddle, a puzzle whose answer is a pun. One of the most often quoted scientific conundrums is “Which came first, the chicken or the egg?”

In environmental public health research, this conundrum is most evident in epidemiological studies that question whether an increased incidence in asthma, infant mortality, heart attacks or lead toxicity in a community is the result of it happening more or is it simply being noticed or documented more?

In Bayview Hunters Point, this epidemiological conundrum has been documented in heightened breast cancer incidences among African American women and diseases linked to toxic exposures, including asthma and other cardiopulmonary diseases, cancers, neurological, behavioral and immune diseases, birth defects and infant mortality rates.

The answer to an epidemiological conundrum can be solved by longitudinal studies that follow the rates of occurrence of a disease over time and in community exposure research that draws upon the powerful new science of biomonitoring to establish cause and effect relationships between toxins in the environment and their detection and disease expression among members of the exposed community.

In June of 1997 Dr. Kevin Grumbach from the University of California at San Francisco and Dr. Tomas Aragon of the San Francisco Department of Public Health analyzed records from 1991 and 1992 and found that hospitalization rates for asthma, emphysema and congestive heart failure in Bayview Hunters Point were 138 per 10,000 compared to a statewide average of 37 per 10,000.

Rates for hospitalization and premature death for children were found to be markedly higher in Bayview Hunters Point in the 1997 study. Grumbach and Aragon noted BVHP contained four times as many toxins as any other city neighborhood, had 700 hazardous waste material facilities, 325 underground petroleum storage tanks and two Superfund sites, including the Hunters Point Naval Shipyard.

In 2004 the Environmental Health Section of the Department of Public Health documented an astronomical increase in hospitalization rates for adult and pediatric asthma, emphysema and congestive heart failure in Bayview Hunters Point, ranging from 500 to 2,317 cases per 100,000!

Additionally, the California Office of Statewide Health Planning and Development analyzed hospital discharge data from 1999-2000 for adult and pediatric asthma and found an incidence of 851 per 100,000 in Bayview Hunters Point, the highest rate in San Francisco.

According to data from the Bay Area Air Quality Management District included in the document, “Environmental Impact on the Community: Air Pollution in Bayview Hunters Point,” the 94124 zip code ranks in the 80th percentile for particulates, carbon monoxide, nitrogen oxides and volatile organic compounds. It ranks in the 90th percentile for sulfur dioxide.”

The U.S. EPA Office of Air and Radiation’s pamphlet, “Particle Pollution and Your Health,” identifies particulate matter as a mixture of microscopic solids and liquid droplets suspended in air. Particulate matter is made of a number of components including acids, organic chemicals, metals, soil or dust particles and allergens.

According to the BAAQMD’s air quality report card titled “State of the Air 2007,” particle pollution from grading and construction projects is a mix of very tiny solid and liquid particles called particulates. Short term exposure to particles can, within hours or days, aggravate lung disease, cause asthma attacks and acute bronchitis and may increase susceptibility to respiratory infections. In people with heart disease, short term exposures have been linked to heart attacks and arrhythmias.

In 2007 San Francisco Public Health Director Mitchell Katz, M.D., distributed an unsigned and undated “Fact sheet about construction dust from the Parcel A Hunters Point Shipyard development” in which he stated, “Air quality in the neighborhood near the shipyard is better than other parts of the neighborhood and the city and many portions of the State of California.”

The DPH website documents over 150 exceedences to shutdown level in toxic asbestos-containing dust at the Lennar Parcel A construction site at the Hunters Point Shipyard. The California Department of Public Health documents in a letter dated Sept. 10, 2007, that asbestos levels at the Lennar site exceeded the level that triggers an immediate determination of the adequacy of dust mitigation measures 166 out of 200 days or 83 percent of the time.

Yet another example is the potential for lead toxicity among children exposed to lead based paint in World War II era housing projects in southeastern San Francisco. Large populations of children who fail in school and perform poorly on standardized IQ tests exhibit signs and symptoms of lead encephalopathy, including hyperactivity, learning disorders and fine motor dysfunction with blood lead levels greater than 25 ug/dl. They should be presumed to be exposed to toxic levels of lead.

Despite documented concerns raised by the Environmental Protection Agency and the Department of Public Health about the presence of lead based paint (LBP) in the Hunters Point Shipyard Parcel A Finding of Suitability to Transfer (FOST), the exposure of school children to soils generated by the continued grading activities at the Lennar site has not prompted a focused lead screening program from the DPH as required under Article 31 of the Health and Safety Code.

According to the Parcel A FOST, “The Navy sampled for LBP around former military housing units and a water tank on Parcel A in 1997. However, five years have elapsed since that sampling and there is the possibility that there has been additional flaking of paint and a potential for LBP releases to the soil of Parcel A.” The Navy recommended: “Upon transfer and demolition, sampling and possibly abatement must be conducted for LBP. This may be performed by the transferee.”

In 2002 a study called “The Body Burden” found dangerously high levels of toxic compounds in body fluids of participants who volunteered to be tested. Biomonitoring is research that measures the levels of chemicals in our bodies by analyzing samples of blood, tissue, urine and breast milk.

In March 2009, a partnership of community scientists and university researchers submitted applications to the National Institute of Environmental Health Sciences’ new umbrella program, “Partnerships for Environmental Public Health.” The PEPH program offers funding opportunities to support research, outreach and educational activities to prevent, reduce or eliminate environmental exposures that may lead to adverse outcomes in communities.

On March 1, 2009, the Community First Coalition Collaborative submitted a letter of intent to the NIEHS PEPH program in line with its call for “Research to Action: Assessing and Addressing Community Exposures to Environmental Contaminants.” This funding opportunity solicits research applications designed to bring together community members and environmental and occupational health researchers to investigate the potential health risks of environmental and occupational exposures that are of concern to the community.

The investigative team of the Community First Coalition submitted research proposals beginning in the year 2000 to advance biomonitoring of human tissues and body fluids including proposals to test for urinary benzene metabolites in school children exposed to room air benzene at levels the EPA determined to be carcinogenic. Additionally, with the assistance of Dr. Kim Hooper of the State of California Toxic Laboratories, we submitted proposals to the City and County of San Francisco Department of the Environment and the State Biomonitoring Project to investigate the presence of persistent organic pollutants in breast milk of nursing mothers in Bayview Hunters Point.

We also aided the principle investigators of the “Tooth Fairy” study designed to detect the presence of radionuclides in baby teeth of children in Bayview Hunters Point conducted by Leuren Moret, formerly of Lawrence Berkeley Laboratories in California.

The major focus of the investigation will maximize lead screening, pulmonary function testing, radiographic screening and toxicological studies of childhood populations attending schools within a 1 mile radius of a federal Superfund site.

Simultaneous room air testing will be conducted by graduate students working under the supervision of Dr. Peter Palmer of the San Francisco State University Chemistry Department.

Human Subjects Research approval and approval of the San Francisco Board of Education and the designated principles of the participating schools is prerequisite to the success of the investigation.

Toxicological testing will be conducted on a case by case basis based upon medical examinations, history and survey findings and will include mercury, arsenic, nickel, chromium and volatile organic compounds.