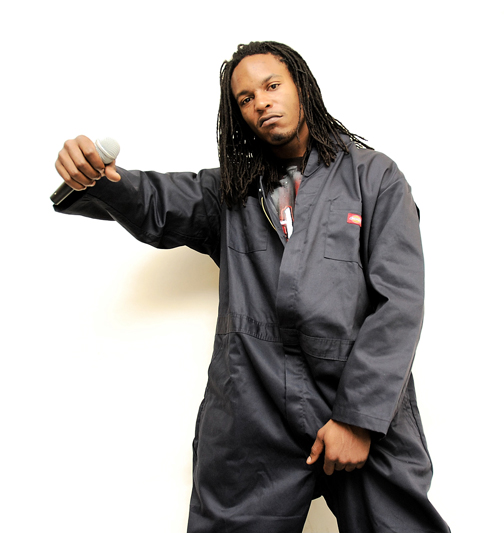 Oakland’s New School of lyricists is emerging with Beeda Weeda, J.Stalin, D-Lo, Sleepy D, Yung Moses, G-Wet, Kaz Kyzah, Stevie Joe and Mahasen to name a few of the ones holding the title. And last but not least, anybody telling the truth would have to mention one of West Oakland’s most shining stars, Shady Nate, who is somebody that I truthfully told that I could easily see him being the King of Bay Area rap in a couple of years. By far, Shady is in my top favorites to listen to because of the fact that he is very skilled at painting pictures in listeners’ minds that are filled wit’ grimy street stories, while at the same time being innovative and pushing the envelope on what Hip Hop sounds like wit’ his lyrical gymnastics.

If you don’t live in the flatlands of Oakland or in one of the ‘hoods of the Bay, you wouldn’t know that he is one of the streets’ favorites. I have heard Shady bumpin’ out of box chevs in Hunters Point all the way to seeing his poster in liquor stores in West Oakland to barbers in East Oakland holding me captive under their clippers while they bang “Head Doctor.” Shady is one of the kings of the underground that you need to look out for in the coming years, because he is a major piece of the future of Bay Area rap. I said it first. Now check him out in his own words …

M.O.I. JR: Can you tell us how you started rappin’? Who got you started? When?

Shady: I started rappin’ in ‘99 wit my niggaz from the hood. I’m from Acorn projects, so when the block would get hot, we would start going to the studio in Frisco. We was fuckin wit this nigga named Jamil; he was cool on the beats and would record us. This is when niggaz was still using adats. My nigga, M.A.C., was the first dude to show me what a studio looked like. When I got in there, I was already raw so everything else just came natural.

M.O.I. JR: How did you hook up with J.Stalin and help to create the Livewire camp?

Shady: I hooked up wit J through my nigga Lil’ Dame from Cypress. I been knew J from back in the day, but when Dame went to jail, me, Jay Jonah and Stalin started Livewire. J was fuckin’ wit Richie Rich, but I had already been puttin’ shit out in the ‘hood wit my Acorn niggaz. I was one of the rawest youngstaz in the West at the time, and so was J. The rest is history …

M.O.I. JR: What were your thoughts when you saw the murder of Oscar Grant on tv? What about Lovelle Mixon?

Shady: When I saw Oscar get popped, the first thing that came to my mind was execution style. That’s a fucked up way to die. I prayed for him and his family though. I got a daughter to feed, and that could’ve easily been me or one of my loved ones. As far as the Mixon shootings, I had a lot of mixed feelings about that; 5.0 will never understand what it’s like in the streets of Oakland, even if they was on the shift 50 years. The OPD been on some gangsta shit since Day One.

M.O.I. JR: You recently did a political song in the spirit of these two internationally recognized events. Can you talk about that song?

Shady: Yeah, I did a song with Zion I called “Rise.” It’s for them, but it’s for every hood to start being conscious about what’s going on in the streets where you live. It’s hectic out here, and everything ain’t about candy paint and 24s. It’s a struggle and people need to start identifying the situations at hand.

M.O.I. JR: Can you tell us about your newest work set to come out, “Gasman”?

Shady: The “Gasman” is my first national project. It’s basically my first album. I’m the mixtape king on the underground. Now it’s time to show mothafuckas what this West Oakland shit can really do.

Shady: I am currently working on my next album, “Son of the Hood.” 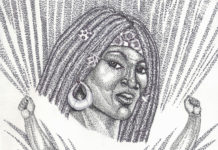