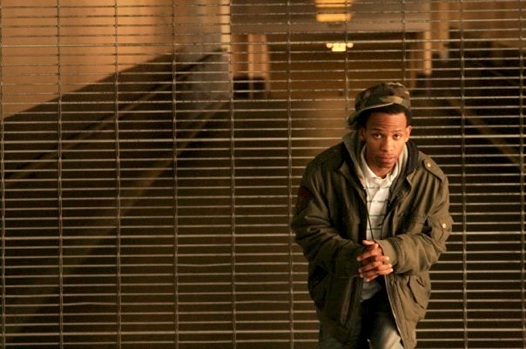 Do D.A.T. is one of those artist that have been bending the sound of what hip hop is in the Bay Area kind of like how Digital Underground, Hieroglyphics and Living Legends did in the ‘80s and ‘90s. D.A.T. is currently one of the most well liked performers and he hosts some of the dopest hip hop/live band parties where people are sure to be dancing, sweating and happy. He is now in the process of experimenting with a swing hip hop album – need I say more. Check the man out in his own words …

M.O.I. JR: Can you tell us about your history making music? When and how did you get started?

Do D.A.T.: I started writing rap lyrics when I was 10. Before that I wrote short stories as well as poetry and performed them for my classmates in elementary. I think back: Even in my early youth I’ve always liked to perform and entertain people; that’s a different kind of connection. It wasn’t ‘til I seen the Kid n’ Play battle scene on the first “House Party” that I really wanted to sharpen my skills as a emcee. I appreciated how musical Kid n’ Play’s delivery was and how slick they were with word play; I though to myself, “I could do that,” and so I did.

M.O.I. JR: What happened to the rap group that you were a part called The Attik? Is it still a group?

Do D.A.T.: Though we still collaborate on music, The Attik is no longer a group. We were kids when The Attik started, young dudes in high school who loved hip hop culture and just happened to rap; and now we are in the process of finding ourselves as men. It was time to do our own thing and stretch out creatively as individuals.

The music I make as Do D.A.T. is different than the music I made with The Attik and that’s fresh! If anything, that just attributes to the value of the music we make together. It used to really make me sad but I see how us becoming stronger as individuals is going to make for a better Attik crew – watch! Just for the record, “Jungle Electric” is a classic! Don’t sleep!
M.O.I. JR: You have been hosting a number of shows in the Bay? Why? What are you up to?

Do D.A.T.: I am a Master of Ceremony. I’m much more than a rapper; I’m a representative of hip hop culture. Hosting allows me to get “intimate” with the crowd, it allows me have a lil’ spot light without being the center of attention, and in saying that it allows me to network with other artists.

Not only do I host concerts, fundraisers, award ceremonies etc., I facilitate writing/freestyle/social justice workshops in a few of the high schools here in the Bay and at B.U.M.P Records. For the past six years, I’ve been working with young artists in attempts to hone their skills but also to be musicians accountable to the culture. I’m exercising the fifth element of hip hop, which is knowledge – knowledge of self as an artist, knowledge of our cultural heritage and awareness of our current situation as human beings.

M.O.I. JR: Can you tell us about the new music that you are working on? What made you remix beats from that era?

Do D.A.T.: I am currently working on an album called “Oakland in Blue.” “Oakland in Blue” is a hip hop/jazz fusion album in which I asked quite a few of my producer friends to sample and remix some of Duke Ellington swing. I choose Duke Ellington because I’d like to emulate the impact and longevity Ellington had on jazz and in hip hop on an international scale. Besides, I never heard of anyone flipping jazz swing into hip hop before, not saying it hasn’t been done. But I haven’t heard it.

I’m very pleased with what my producers have come up with. I got beats from hella cats – I.D., Amani Anansi, Maad Tahh, Sean Bo, who produced “Rollas” (my ode to the police), 1O.A.K of the Honor Roll, who produced “Dat Dat Dat” (“King of the Night”) and “The Work Song,” produced by Young Knowit of the League 510. One beat smith in particular, Will Bracy, who produced “The Band Played On” off my ep/demo “The Skinny” gave me 28 beats; I could do a separate project with his music alone. “Oakland in Blue” represents the different flavors of Oakland, an under-represented side of the town.

M.O.I. JR: Artist wise, who have you been working with recently?

Do D.A.T.: I got the homie Mic G on “Oakland in Blue” as well as I.D. and my sisters Isis G and Krystal Azul. I’d really like to get Mistah F.A.B on a cut and Zumbi from Zion I . My dream collaboration would be with Mr. Raphael Saadiq. Other than that, I’m working on a ep entitled “Cadiliac Rebellion” with Bambu (Native Guns). Me and Bam mesh really well together; our styles just sound good, ya know? We’re pretty much done with that joint; we just got to put some finishing touches on it.

Also I got another project in the works with my boy from Boston, Dj Malicouslee. We don’t have a title for that just yet but the name of our crew is Golden Age. I’m really excited about that; it’s going to be some 110 percent hip hop shit! I think folks could use that right about now.

M.O.I. JR: At times are you afraid of being creative because you may lose your fan base?

Do D.A.T.: I make music for people who like creativity, so no, that is not a fear of mine. I would hope my audience would encourage me to be more creative and more expressive because that’s what hip hop needs and I want what is best for hip hop.

M.O.I. JR: How can people hear your music online and stay up on your performances?

Do D.A.T.: You can buy “The Skinny Ep” on iTunes and Cdbaby.com/cd/dodat. You can follow me on twitter, http://twitter.com/DoDATamen, and of course myspace.com/datamen.