“Fuck the system, I’m like a modern day Hitler, Black Guerilla, Crip and Blood in one nigga.” – Nas-Lake “Revolutionary Warfare” 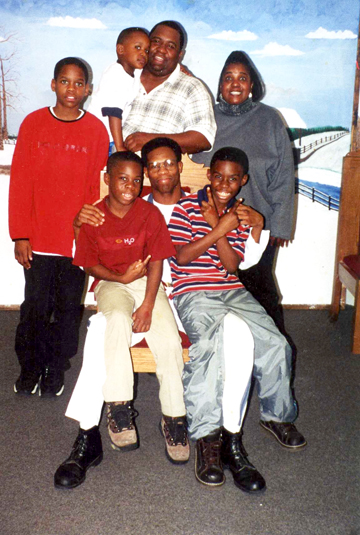 Just talking with a prison guard about his hometown of Philadelphia and some of the major happenings in Philly – Mumia-Abu Jamal’s case, the Morehouse bombing, Philadelphia’s Black Mafia, the Phillies winning the world series, and the fact that the first prison built in the U.S., the Walnut Street Jail, was in Philadelphia – we ended up on the Black Panther Party in Philly, which of course took us to Oakland.

While sharing translations and interpretations of Black Panther moves, we wound up jumping to the present, 2009. We talked about the opening of 2009 with the cold-blooded killing of our little brother, Oscar Grant III, in front of numerous witnesses, many who had cell phones with cameras, and how the officers, in concert, went about attempting to ensure that the evidence of the kill didn’t get out by illegally seizing the phones.

It’s reported that there was a rebellion thereafter, a rebellion in which some hundred people or so were arrested, including POCC Minister of Information JR.

Before the guard and I could actually exhaust what little we knew about the Oscar Grant killing, subsequent rebellion, the arrests and charges – he wound up sharing with me the most recent event coming out of the atmosphere of the Oakland rebellion.

And that was the police killings by a lone gunman. From the guard’s words, which are all I have (I am in the “hole” and don’t have the privilege to watch the news and communicate as regularly with people as I could in population), this brother killed two pigs – I mean police – and then killed two more, from the elite “pigs are us” establishment, when they attempted to capture him, before being killed himself.

As a student and devotee of the revolutionary ideals of Comrade George Jackson, field marshal of the Black Panther Party in the California prison system, founder of the quasi-defunct Black Guerilla Family, establisher of the August 7th Movement and revolutionary extraordinaire, I will share some principles. His two books – my constant companions – are filled with insights for revolutionary consciousness raising, revolutionary organizing, revolutionary movements, revolutionary culture and revolutionary armed struggle. George spoke of a central committee, of a cadre, of a foco that would/should be the vanguard for a people’s desire for real change, not just reform or a reshuffling of the same ol’ cards to be dealt.

We can sense revolution; it’s in the air – whether against pollution or police killings – in the people in Oakland taking to the streets in protest over the killings of Black people by police, Oscar Grant’s killing having been the proverbial straw that broke the people’s backs. Not to make light of the cold-blooded murder of my little brother Oscar, but we’ve seen this scene before – I wish I could call it déjà vu, but I can’t; it’s too real.

The people took to the streets; perhaps they rioted. They rebelled and then were arrested and went to jail, paid fines and/or were bonded out – pending hearings.

That is certainly preferable to just sitting at home in a lazy-boy with your feet kicked up, arms (physical arms, not gun arms) propped up theorizing. It’s preferable to sitting in an isolation cell with pen and paper in hand, writing about it, I will agree.

But as Audre Lourde has put it, “Sometimes we are blessed with being able to choose the time and the arena and the manner of our revolution, but more usually we must do battle wherever we are standing.” As Comrade George put it “[T]he battle goes on, no matter where a man may find himself on bourgeois-dominated soil.”

George has pointed out that rioting, looting, rebelling, rallying, picketing and striking all have their place and purpose, but they aren’t revolutionary acts. Rioting, looting and rebelling are, for the most part, spontaneous and emotional. They burn out as fast as they were ignited. And rallying, picketing and striking are forms of protest but are harmless to the system that oppresses us.

These forms of protest have their purpose and people to carry them out. And, on top of that, we know how to rally, loot, picket, strike etc. But do we know how to “mass, to rage, and to dig graves” – and not just for our own?

Where are our “forward leaners” our “soldiers of the people”? We are looking for those “terrible Jonathans” that George foretold. Those youngsters who have been brought up around guns, “teethed on the barrel of the political tool,” the Crips, the Bloods, UGN, GDs, Vice Lords, Black P. Stones, Black Guerillas – where are they?

These are the “new niggas” that Comrade George spoke of in “Blood in my Eye.” He said they had the eyes of hunters – “the hunters of men.” Perhaps they’re in Hunters Point? They may remain nameless and faceless. We need some free agents who prize our freedom over the NBA Championship, the World Series, the Super Bowl, a title belt etc.

These are the ones that Comrade George referred to when he said, “If terror is going to be the choice of weapons, there must be funerals on both sides.” He then added, “And let the whole enemy power complex be conscious of that!” Or, as Brother Imam Malik Khaba (formerly known as Jeff Fort) put it in a press conference: “Ain’t gone be no killing, without killing.”

When do we decide to hit back – when we’re down to the last 10 Blacks on the planet? With this last case, I asked myself: What would cause this brother to snap like that? What has happened with him? Was he on drugs, mentally insane, paranoid or just angry as hell? No matter what it was or what combination it was, it’s obvious that he “crossed the Rubicon.” He fully committed himself; he went the limit – or was pushed to the limit, strained to the utmost.

Despite the fact that there were numerous onlookers when Oscar Grant III was killed, he was still killed and the onlookers terrorized and traumatized.

Bay Area personalities and musicians come out for the Dec. 4...