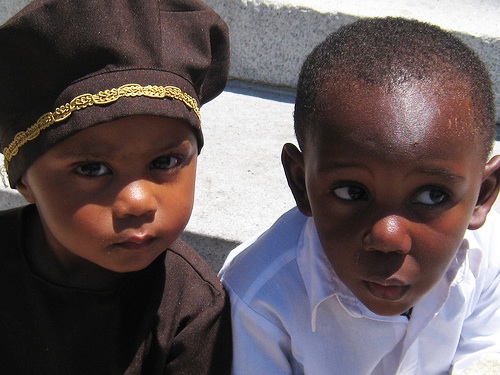 Sen. Mark Leno’s Senate Bill 792 would allow for the transfer of clean parkland at Candlestick Point to the San Francisco Redevelopment Agency for private development by Lennar and replace it with toxic land that is not an even exchange. Lennar, a developer that has endangered the community by exposing it to toxic dust from the Hunters Point Shipyard, is planning to build 10,000 luxury condominiums on the site as part of a brand new neighborhood they plan to build inside the boundaries of Bayview Hunters Point.

Not only is this a prime example of environmental racism, it is also a marker of what is to come in our community if we don’t make our voices heard right away. SB 792 will be voted on by the full state Senate very soon. Read the bill here.

POWER is gathering 500 letters for Sen. Mark Leno from San Franciscans and community based organizations everywhere who are concerned about the future of the Bayview Hunters Point community specifically and African American communities and working class communities of color broadly. If you want to sign the letter, contact POWER at (415) 864-8372 or alicia@peopleorganized.org. Or contact Sen. Mark Leno directly at (916) 651-4003, senator.leno@senate.ca.gov or State Capitol, Room 4061, Sacramento, CA 95814.

I am writing to register my opposition to Senate Bill 792 Tidelands and submerged lands: City and County of San Francisco: Candlestick Point and Hunters Point Naval Shipyard. I am in opposition to SB 792 because this bill offers an unfair exchange of land for the residents and families of Bayview Hunters Point. The bill authorizes an exchange of parkland that currently benefits the neighborhood for land that is not equal to the original parcel and land that is currently contaminated by toxins.

As you are aware, African American communities are disproportionately adversely impacted by environmental racism, and there is a long history of environmental hazards that have affected the health of families in the Bayview neighborhood.

Eighty percent of San Francisco’s sewage comes into Bayview through the sewage treatment plant; the neighborhood is bordered by major freeway thoroughfares that daily expose residents to diesel and car emissions; Hunters Point Naval Shipyard hazards have plagued the community since it closed in the early 1970s; 50 percent of neighborhood residents are estimated to have cancer or respiratory illnesses as a result of radioactive elements and other toxic inorganics being left behind by the U.S. Navy and other polluting industries.

Exchanging a clean piece of parkland, whose occurrence is rare in the community, for a polluted area would result in the state of California engaging in environmental racism. Giving clean land to a multibillion-dollar developer while providing dirty land in exchange to a working class African American community is environmental racism.

The priority of the state of California should be to clean the Hunters Point Shipyard to residential standards, in accordance with Proposition P, passed by 87 percent of San Francisco voters, thereby ending the practice of environmental racism in one of the last remaining African American communities in San Francisco.

Giving clean land to a multibillion-dollar developer while providing dirty land in exchange to a working class African American community is environmental racism.

I urge your office to oppose SB 792 as an unfair and unequal exchange of land that will adversely impact the residents of Bayview Hunters Point and the City of San Francisco as a whole.

Alicia Schwartz, co-director of People Organized to Win Employment Rights (POWER), can be reached at (415) 864-8372, ext. 305, or alicia@peopleorganized.org

Sen. Mark Leno turns his back on his SF constituents to embrace rogue developer Lennar 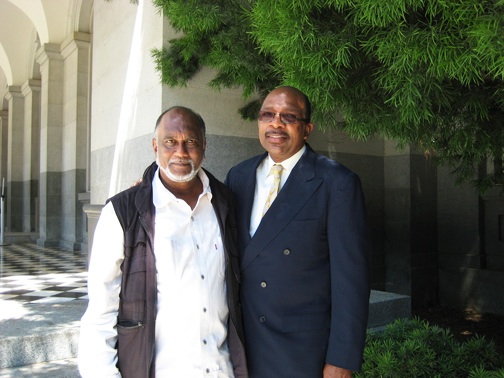 “Sen. Mark Leno is not to be trusted,” warns Francisco Da Costa, director of Environmental Justice Advocacy, in an IndyBay commentary with the above headline, adding that Leno is “looking forward to being the next mayor of San Francisco.”

“Sen. Mark Leno has tried this ploy before and failed. He tried to initiate AB1187 and the Hunters Point Shipyard Development Authority (that would have privatized the Shipyard). I shot it down.

“This time some of us exposed him as diplomatically as we could, but the man seems to be in bed with Lennar.”

“Now here comes Mark Leno and envisions – with Lennar, a rogue developer – the conversion of Parcel E and E2 to a Crissy Field-like site. This is more than ridiculous. …

“I challenge Lennar to build 10,500 condos in and around Parcel E and E2 and not be responsible for this drastic fiasco that could kill thousands. Now, I admire Sens. Leland Yee and Tom Ammiano and Assemblywoman Fiona Ma for leading the charge to remove the 1.5 million tons of toxic waste” in the Shipyard’s main landfill, the one that caught fire in 2000 and burned for months underground.

“It is totally wrong,” Francisco concludes, “for evil, devious strangers to use legislation like California Senate Bill 792 to cheat, deceive and adversely impact thousands in the name of GREED.”