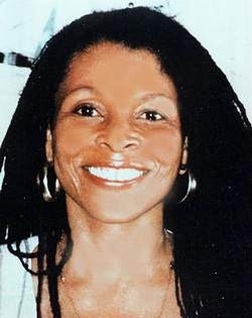 Most Americans are not familiar with Assata Shakur. After all, she’s not exactly the type of Black superhero that they parade around during Black History Month. This is the type ignorance that some legislators in New Jersey hope will allow them to extradite Shakur back to the U.S. under the cover of our darkness.

Assata Shakur (JoAnne Chesimard) was involved in a 1973 shootout on the New Jersey Turnpike that resulted in the deaths of fellow Black Liberation Army member Zayd Shakur and New Jersey State Trooper Werner Foerster. Shakur was sentenced to life in prison in 1977 but was broken out of prison by her comrades in 1979. She has been living under political asylum in Cuba since 1984.

She still remains on the FBI’s Most Wanted List with a million dollar reward for any snitch willing to give her up to the FEDS. (See the FBI’s Wanted poster for Assata at http://www.fbi.gov/wanted/fugitives/dt/chesimard_jd.htm.)

However, with President Barack Obama seeking to open political channels with Cuba and ease U.S. restrictions, politicians in New Jersey have been turning up the heat on the Prez to make the Cuban government give up Shakur if they want to be in Uncle Sam’s good graces.

While the current headlines of “NJ to Press for Return of Cop Killer” would lead you to believe that Shakur is some heartless street thugstress that went around shootin’ up police stations just for kicks, the truth about the government repression by which groups like the Black Panther Party and its underground military arm, the Black Liberation Army, suffered has never really been told.

We cannot allow the media to even begin discussing Assata Shakur without putting her struggle in the context of COINTELPRO. The Counter Intelligence Program was an effort by J. Edgar Hoover’s Federal Bureau of Investigation and its associated agencies to destroy groups that dared stand against U.S. oppression.

It was under COINTELPRO that Black leadership suffered under “dirty tricks” that ranged from political assassinations (Chairman Fred Hampton) to smear campaigns which are too many to even begin to name here. Even the good Rev. Martin Luther King Jr. was not immune to Hoover’s “dirty tricks.”

Could you really expect Assata Shakur to get a fair trail under such repressive policies?
According to the late civil rights attorney William Kuntsler in his book, “My Life as a Radical Lawyer,” a law enforcement agent told him that during Shakur’s trial ” a member of the New Jersey State Assembly had gone to the hotel where the jury was sequestered and talked to them about the necessity to convict.” In the book Kuntsler hints that even he underestimated the lengths that New Jersey law enforcement would go to get a conviction of Shakur.

Today, those same types of people are at it again. On April 17, New Jersey Sen. Sean King sent a letter to President Obama asking him to “delay normalizing relations with Cuba unless they agree to extradite convicted cop killer JoAnne Chesimard.” (Read the letter at http://blog.nj.com/ledgerupdates_impact/2009/04/LettertoPresObamaSenatorKean.pdf.)

Also, New Jersey Attorney General Anne Milgram has been quoted as saying, “Obama’s move to ease sanctions against Cuba is an opportunity to bring back Joanne Chesimard.”

Now, do I think that Obama would sacrifice Assata Shakur on the alter of “Democracy” for political expediency? You’re darn right!

To appease middle class white America, President Obama will throw Shakur under the same Greyhound that he threw Rev. Jeremiah Wright. That is, if we don’t raise our voices.

There are organizations that have been fighting to keep the plight of Assata Shakur in our faces for years. See especially http://www.assatashakur.org/.

Black bloggers must start an immediate, emergency mass education campaign to tell the true story of Assata Shakur and COINTELPRO to combat the efforts of the miseducation of the mainstream media.

We must make sure that our local and national “urban” radio stations inform their listeners about this issue.

We must arm ourselves with information about Assata Shakur and COINTELPRO through websites, DVDs and books such as “Show Down” by the late Del Jones and “Racial Matters” and “Black America: The FBI Files” by Kenneth O’Reilly.

Finally, we must appeal to the Hip Hop artists who have the ears of the people to raise the issue if only for the reason of reppin’ for “Tupac’s kin folk.” (If that will motivate them to take action.)

If we do not raise this issue, loudly, Assata Shakur will be back in a U.S. prison or worse before she knows what hit her.

We owe this much to a sister who, as the rapper Common said in “A Song for Assata,” “went through all this … so we can be free.”

Paul Scott writes for No Warning Shots Fired. He can be reached at info@nowarningshotsfired.com or (919) 451-8283. Watch “A Song for Assata” at http://www.youtube.com/watch?v=LrWxrFr7TL4.