Go figure. Enough! wants Sudan’s Omar Hassan al-Bashir behind bars – but wants U.S. support for Uganda’s Museveni. The fragile peace that was gained for two years in the region as the LRA (Lord’s Resistance Army) and the Ugandan government negotiated peace was destroyed by President Yoweri Museveni’s decision to attack. 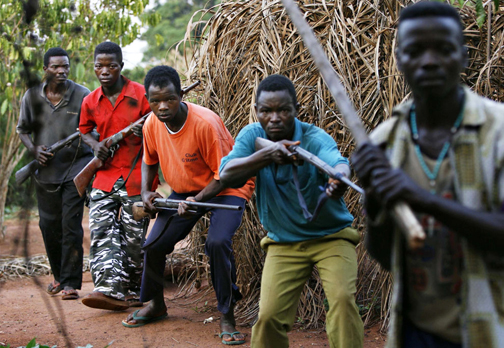 On its website, Enough! (www.enoughproject.org) says it’s the project “to end genocide and crimes against humanity.” Yet it is spearheading a project that could do the exact opposite.

Enough! is advocating yet another invasion of the Democratic Republic of Congo by Ugandan forces, supposedly to capture or kill Joseph Kony and his treacherous Lord’s Resistance Army (LRA) with additional reinforcement and assistance by the United States.

For 23 years all military operations against this notorious LRA have failed. Failure means that thousands of innocent people have been killed by both sides. Over a million people have been displaced in Uganda into wretched camps from which more people died of preventable diseases than from the conflict itself, literally in the hundreds of thousands. 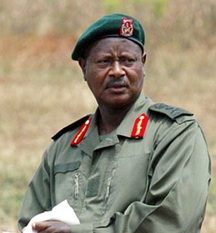 Thousands have been killed and displaced in DRC as a result of the Uganda operation aided by Bush. Human rights organizations have reported that women and children have been abducted and subjected to torture and rape if not used as porters and then killed.

The fragile peace that was gained for two years in the region as the LRA and the Ugandan government negotiated peace was destroyed by President Yoweri Museveni’s decision to attack. The talks were undermined, some say because of Museveni’s maneuverings behind the scenes and Kony’s refusal to sign the final peace accords.

Against this background of bloodshed and failed military operations Enough! is propagating yet another invasion of DRC by Uganda’s army, the Uganda People’s Defense Force (UPDF). This time, for it to succeed, the U.S. should take a more active role, Enough! claims.

The whole idea is ridiculous and has only tragic possible outcomes. Enough! would have us believe that this time would be different because civilians would be “protected” and there would be “humanitarian” and “developmental assistance.”

This is preposterous rhetoric for American home consumption. The U.S. has had a terrible record of “protecting civilians” in any of its own wars; how will it be able to ensure the protection of civilians in a Ugandan army spearheaded war? 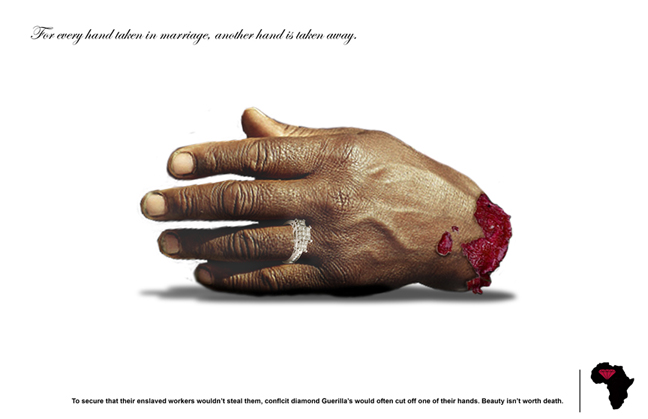 President Museveni of Uganda is the author of the abysmal camps in the northern part of Uganda, where the World Health Organization in 2005 reported that up to 1,000 civilians died per week. Apparently they were left unprotected deliberately, and one could be forgiven for thinking that he intended for as many people to die in the camps as possible because until the very end he did nothing to improve the conditions in which people were forced to live. They were left to die “like grasshoppers trapped in a bottle.” This is a phrase which President Museveni will recognize.
Museveni regarded the administration of President Bush as his friend and ally. The Museveni government has earned notoriety as being one of the world’s most corrupt regimes. One would have hoped that the present government of the U.S. would distance itself from such regimes. Apparently President Museveni serves the interests of the U.S..

Now while all these militias, rebel groups and armies have been causing horrific wars at great cost to human lives in central Africa, so-called developed countries have been enjoying a lifestyle that is sustained in large part by the resources that come from Africa. The DRC supplies the world’s diamonds, coltan, tantalite, oil and so forth.

DRC diamonds find their way to Western nations through Uganda. Western multinational corporations have no trouble hiring militias or mercenaries who deal with the warlords and militias in order to illegally extract these resources.

The warlords and militias hold the civilian population in what can only be called modern day slavery, human life meaning nothing to those in power or to the corporations. Western governments know this but turn a blind eye. We rarely hear a peep from Enough! which supposedly opposes crimes against humanity and genocide.

In 2005 also the International Court of Justice ruled against Uganda for the Congo crimes and awarded $10 billion to Congo. Is there a hidden agenda behind Enough’s! advocating for another U.S.-backed Uganda invasion of Congo? Whose tail is wagging which dog?

This story, published by Black Star News, is highly recommended by Maurice Carney of Friends of the Congo. Black Star News, whose motto is “Speaking Truth to Empower,” invites comments addressed to Milton@blackstarnews.com.