by Anthony Fest and Ann Garrison 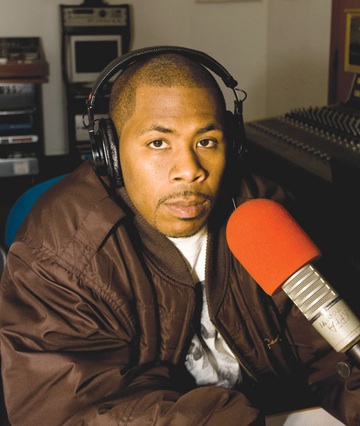 Want to make changes at KPFA Radio? There’ll be an opportunity later this year, but you’ll need to act soon to play a part.

At the end of August, ballots will go out in the 2009 KPFA Local Station Board (LSB) election. To vote in that election, become a KPFA subscriber before July 15. Go to www.kpfa.org, follow the “Support Us” link, and subscribe for $25 or more. Instead of contributing money, three hours of volunteering also makes you a subscriber. Whichever you choose, be sure do it before July 15.

The LSB is KPFA’s governing board: It decides the station’s annual budget, reviews the performance of station management, and sets other policies.

Now 60 years old, KPFA is one of the Bay Area’s leading progressive media outlets. In 1999, the station and its parent Pacifica Network narrowly survived a takeover attempt by rogue directors, who were scheming to sell KPFA or its New York sister station WBAI. After that crisis, reforms were enacted to put the Pacifica stations more firmly in the hands of their listeners, with each station to be governed by a board elected by station subscribers.

Unfortunately, for the past two years the KPFA LSB has been controlled by a faction called the “Concerned Listeners,” whose primary “concern” seems to be shielding the present KPFA managers from accountability. Under the current management, no new community-based programs have been created, one, Youth Radio, was summarily cancelled and another, the Women’s Magazine, is threatened.

Police were called to the station last summer to evict programmer Nadra Foster, and about 80 staff members have signed a statement of no-confidence in management.

A track record like this should be good reason to replace the incumbent managers, but there’s little hope of that happening while the Concerned Listener (CL) faction holds a majority on the LSB.

The CL has money on their side; in the past two elections, they’ve raised and spent thousands of dollars to send out campaign mailers. However, this year’s election should be better run and more fair than previous elections. The election has been moved earlier in the year so as not to overlap with the autumn fund drive, and the Pacifica National Board has directed stations to broadcast more election information than they have before.

If enough listeners become subscribers, and vote in the election, it’s possible that “people power” will overcome “money power” and elect an LSB majority that isn’t wedded to the status quo. The Bay Area deserves a KPFA that innovates. For example, isn’t it about time for a program for the Black community, a program for the LGBT community and a program about California’s injustice system? And KPFA workers, paid and unpaid, deserve management that respects them and the listener community.

Three-fourths of the LSB members are elected by KPFA subscribers; the others are elected by KPFA staff members. To become a subscriber to KPFA, go to www.kpfa.org and click on the “support us” link in the upper-right corner, or call KPFA, (510) 848-6767, and offer to volunteer at the station for three hours. A basic $25 membership, or three hours of volunteer time, qualifies you to vote in the 2009 election.

Candidates will be announced on-air and on www.kpfa.org after nominations close on July 15. Please become a subscriber, study the issues and candidates, and vote for progressive change at KPFA!

Anthony Fest is a KPFA Weekend News anchor and a member of the KPFA Local Station Board (LSB). San Francisco writer Ann Garrison is the energy policy examiner for Examiner.com, blogs at ColoredOpinions.blogspot.com and is the website writer-editor of thepriceofuranium.com.