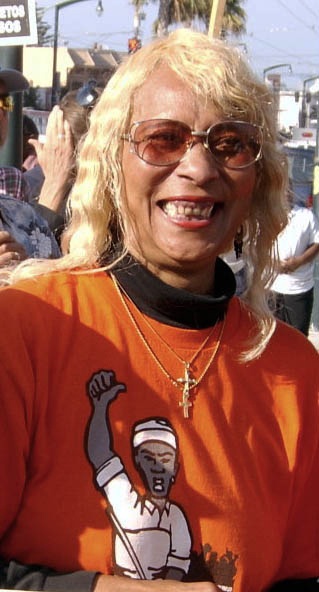 SB792 is poorly planned and unnecessary, harmful to the community’s political, cultural, and social ecology, and sets a dangerous precedent in San Francisco and across California.

San Franciscans have a right to be outraged about SB 792, sponsored by state Sen. Mark Leno. SB 792 unnecessarily gives away a valuable California State Park in exchange for high-rise condominiums. If San Franciscans allow parkland that was set aside in trust for Californians to enjoy to be transferred to private developers, we risk opening a Pandora’s box that allows development to go unfettered in state parks already threatened by budget cuts.

Responsible development requires a rigorous analysis of the impacts upon the community and the surrounding environment, especially in a city where the Black community has diminished by a drastic 45 percent since 1990.

Senate Bill 792 authorizes the transfer of Candlestick Point State Park to the Redevelopment Agency, which would then give it to the Lennar Corp., a multi-billion dollar development company already given more than 780 acres of waterfront property in the community, in exchange for one dollar.

Betty Higgins, a POWER member and a 65-year resident of Bayview Hunters Point, has walked Candlestick Point State Park for three decades. She began walking the park when it was built, and, after becoming disabled from driving MUNI buses for 20 years, joins hundreds of other walkers in a similar situation every day.

For Betty, Candlestick Point State Park is critical open space for the community. Betty says, “Our park needs to be preserved for the families that live here, and for the diversity of nature out here. The majority of walkers are people with injuries — longshoremen, meat packers, MUNI drivers, truck drivers and other working people. You’ll see them out here in their uniforms. Walking out here is the one chance they get before they get on the bus or clock into work to actually take care of their health.”

Community members from Bayview Hunters Point depend on this park for their survival. Turning it over to Lennar, known to skirt health and safety regulations in the area, adds insult to injury to a neighborhood with little access to open space and disproportionately impacted by environmental racism and severe health disparities.

More than 600 Bayview residents, 38 organizations including the Sierra Club, the Chinese Progressive Association and Arc Ecology, and several San Francisco members of the Board of Supervisors have signed petitions opposing Lennar’s attempts to pre-empt the necessary planning and approval process that studies the environmental impact of such a trade. We are encouraging Sen. Leno not to make a move that is fiscally irresponsible and environmentally racist.

This kind of trade simply wouldn’t happen in Golden Gate Park or in the Presidio. Sen. Leno needs to go back to the drawing board. Call Sen. Leno today and register your opposition: (916) 651-4003. Join Betty and hundreds of others in telling him that we as San Franciscans don’t want to set the dangerous precedent of giving away state parks to irresponsible developers.

Born and raised in Bayview Hunters Point, Betty Higgins is a five-year leader in POWER’s Bayview Hunters Point Organizing Project. Alicia Garza is the co-executive director of People Organized to Win Employment Rights (POWER). She can be reached at alicia@peopleorganized.org or (415) 864-8372, ext. 305.