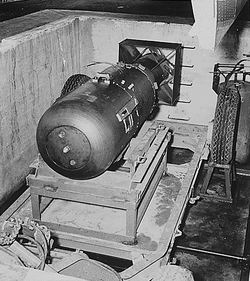 “On Sunday, the 15th of July, about noon, we were at Hunters Point and they put on us what we now know was the atomic bomb.” – Capt. Charles B. McVay III, U.S. Navy commanding officer, USS Indianapolis (from the Operational Archives Branch, Naval Historical Center)

Heavy is the head that wears the crown! On Aug. 2, 1945, U.S. President Harry S Truman, acting on the advice of military and civilian advisers, gave the order to drop the atomic bomb on a Japanese target. On Aug. 6, the first bomb fell on Hiroshima; on Aug. 9, the second was dropped on Nagasaki in Western Japan. On Aug. 14, 1945, Japanese Emperor Hirohito agreed to an unconditional surrender, thus bringing to an end the final tragic combat theatre of World War II.

On Aug. 6, 2009, in commemoration of the 64th anniversary of the world’s first atomic bomb attack, the mayor of Hiroshima, Tadatoshi Akiba, urged global leaders to back President Barack Obama’s call to abolish nuclear weapons.

The United States is the only nation that has deployed atomic bombs in combat. So much as we cower from the prospect of a nuclear Iran or North Korea, American leadership changed the history of mankind forever with the ultimatum – drafted by Truman, Winston Churchill and the joint chiefs of staff – sent to Japan on July 26, 1945, demanding it “surrender in safety or face utter destruction.”

War is the ultimate battleground of human ethics and morality. Quoting the wisdom of Martin Luther King Jr.: “There is nothing more tragic in all this world than to know right and not do it.” Wiser still is the dictum: Those who do not know their history are doomed to repeat it!

The Hunters Point Shipyard is located in southeastern San Francisco on a peninsula that extends east into San Francisco Bay. The history of the shipyard in the creation, testing and delivery of weapons of destruction will not remain safely buried within the depths of our conscience.

In 1956 Operation Skycatch was conducted by Lockheed Missiles and Space Division at the Hunters Point Shipyard to study dummy missiles structurally identical to live Polaris missiles. A huge overhead assembly on Parcel D was erected to catch a multi-ton dummy Polaris missile in mid-air, hurled out into San Francisco Bay and then retrieved.

As the U.S. Navy prepares for the 2010 dirty transfer of radiation impacted buildings, equipment and infrastructure at Parcel D to the city, questions regarding the past, present and future of the shipyard will be pushed to the forefront of public debate.

Portions of Parcel D were used by the Naval Radiological Defense Laboratory (NRDL). NRDL was the premier radiation research laboratory of the post-World War II era. The main laboratories were located along Spear Avenue at the intersection of Parcel A with Parcels D and E.

The federal law for environmental cleanup at the shipyard is the Comprehensive Environmental Response, Compensation and Liability Act, called CERCLA or Superfund. The CERCLA defines radionuclides as particles that emit radiation. They are hazardous substances under CERCLA and, as such, must be investigated, characterized and cleaned up. 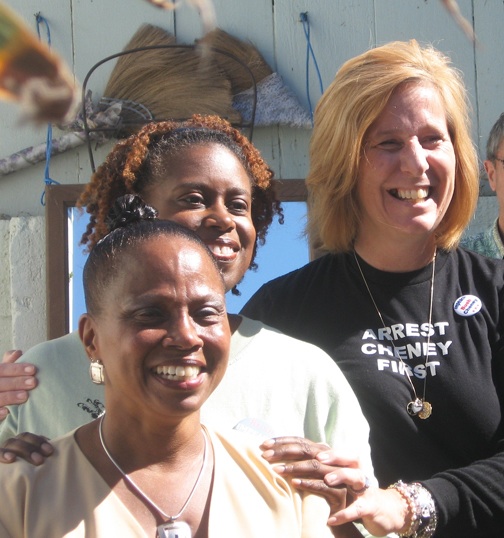 Radiation damages human tissue by stripping it of charged particles called electrons. Radiation in low doses is linked to many cancers including breast and skin cancer. It can change the basic structure of our genetic material.

The Navy has identified radiologically impacted areas at Parcel D associated with the former use of general radioactive materials, decontamination of ships and NRDL research. The sewers and storm drains beneath Parcel D were designated radiation impacted because the scientists of the NRDL were known to have poured effluents of low level radioactive waste down their laboratory drains. These radioactive materials ultimately communicated in the 10 linear miles of sewer and storm drains with San Francisco Bay, the surrounding community and, perhaps, the entire Bay Area!

The answer to the breast cancer conundrum evident in the world’s highest incidence of breast cancer arising from San Francisco’s Bay Area counties may be ultimately linked to our known exposure to low level radiation in air, water and dispersed soil from activities at the Hunters Point Shipyard.

According to documents on file with the Naval Historical Center, Capt. Lewis L. Haynes, senior medical officer on board the USS Indianapolis, recalls: “On July 15th we were ordered to go to San Francisco to take on some cargo. I was amazed to notice that there was a quiet, almost dead Navy yard. We tied up at the dock there and two big trucks came alongside. The big crate on one truck was put in the port hanger. The other truck had a bunch of men aboard including two army officers, Captain James Nolan and Major Robert Furman. I found out later that Nolan was a medical officer. I don’t know what his job was – probably to monitor radiation. The two men carried a canister about 3 feet by 4 feet tall up to Admiral Spruance’s cabin, where they welded it to the deck. Later on, I found out that this held the nuclear ingredients for the bomb and the large box in the hanger contained the device for firing the bomb. And I had that thing welded to the deck above me for ten days.”

According to Capt. McVay’s recollections, “We sailed from San Francisco 0800 the morning of 16th July. We arrived in Tinian the morning of 26 July and unloaded the material and the bomb which was later to be dropped over Hiroshima.”

The components of “Little Boy,” the atomic bomb dropped on Hiroshima, were probably loaded onto the USS Indianapolis from the drydocks at Parcel D – namely the radiation contaminated Gun Mole Pier.

In Feburary 2004 the Navy completed the Draft Final Historical Radiological Assessment for Hunters Point Shipyard. The Navy Radiological Affairs Support Office conducted extensive research on past radiological activities using both federal and personal historical archives. That research was supplemented by interviews with people who knew first hand of radiological operations at the shipyard.

Members of the Hunters Point Shipyard Restoration Advisory Board (RAB), including myself – founding chair of the Radiological Subcommittee – commented extensively on the three draft versions of the Historical Radiological Assessment. The HRA studied 882 sites at the shipyard and found that the majority were not radiation contaminated. Fifty-eight of those sites were found to require further investigation and cleanup and another 32 sites were pending release for unrestricted use. 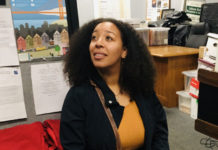 From mother to martyr: Remembering Marie Harrison on the anniversary of her ‘very last breath’