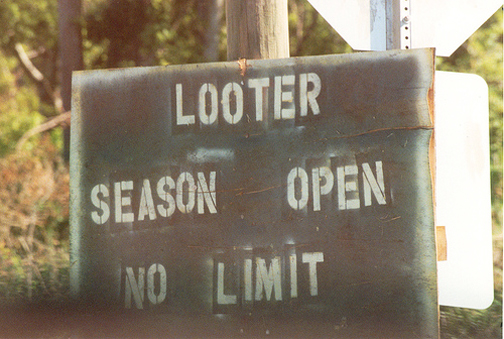 Rebuilding efforts in St. Bernard Parish, a small community just outside New Orleans, have recently gotten a major boost. One nonprofit focused on rebuilding in the area has received the endorsement of CNN, Alice Walker the touring production of the play “The Color Purple” and even President Obama. But an alliance of Gulf Coast and national organizations are now raising questions about the cause these high profile names are supporting.

The dispute focuses on the responsibility of relief organizations to speak out against injustice in the communities in which they work. Since September of 2006, St. Bernard Parish has been aggressive in passing racially discriminatory laws and ordinances. Although these laws have faced condemnation in federal court and in the media, rebuilding organizations active in the parish have so far refused to take a public position.

Racial discrimination has a long history in St. Bernard politics. Judge Leander Perez, a fiery leader who dominated the parish for almost 50 years, was known nationally as a spokesman for racial segregation. The main road through the parish was named after Perez, and his legacy still has a hold on the political scene there.

Lynn Dean, a member of the St. Bernard Parish Council, told reporter Lizzy Ratner, “They don’t want the Blacks back … What they’d like to do now with Katrina is say, we’ll wipe out all of them. They’re not gonna say that out in the open, but how do you say? Actions speak louder than words. There’s their action.”

The action Lynn was referencing is a “blood relative” ordinance the council passed in 2006. The law made it illegal for parish homeowners to rent to anyone not directly related to the renter. In St. Bernard, which was 85 percent white before Katrina hit, this effectively kept African Americans, many of whom were still displaced from New Orleans and looking for nearby housing, from moving in.

The story doesn’t end there. St. Bernard’s government agreed to a settlement, but the illegal ordinance was followed by another, blocking multi-family construction in the parish. Last month, U.S. District Judge Ginger Berrigan found the parish to be in contempt of court, saying, “The Parish Council’s intent … is and was racially discriminatory.”

An editorial in the New Orleans Times-Picayune agreed, saying, “This ruling strips off the camouflage and reveals St. Bernard’s actions for what they really are: an effort to keep lower-income people and African-Americans from moving into the mostly white parish.”

St. Bernard Parish was heavily damaged by flooding in the aftermath of Katrina. Thirteen percent of households lived below the federal poverty line, and every home took in water. Many organizations and volunteers have come through to volunteer time and donate money, including United Way, Salvation Army and the Greater New Orleans Foundation.

An organization called the St. Bernard Project, which was founded in 2006 by two transplants from Washington, D.C., has become one of the most high profile organizations active in the region, with millions of dollars in corporate and individual donations and thousands of volunteers.

This has been a big couple of weeks for the St. Bernard Project. On Aug. 29, President Obama mentioned them in his weekly address, saying, “The St. Bernard Project has drawn together volunteers to rebuild hundreds of homes, where people can live with dignity and security.”

Last week, the touring production of the Broadway show “The Color Purple,” produced by Oprah Winfrey, announced that they will be raising money for the organization and that author Alice Walker will be personally participating in the fundraising. Last year, CNN named co-founder Liz McCartney its Hero of the Year.

But this national acclamation has only increased criticisms of the work happening in the parish. Lance Hill, the executive director of the Southern Institute for Education and Research at Tulane University, first raised his voice on the issue in 2006, after the ordinance was passed.

Hill is quick to point out that he is not against rebuilding work in the Parish. However, he adds, “If they chose to rebuild homes that Blacks and Jews would be barred from, at a minimum they have a moral obligation to inform volunteers of the policies of the parish. To not do so is to mislead volunteers and donors and to become complicit with racism.”

Hill is also one of the signatories of an open letter, released this week, which expresses deep concerns over rebuilding efforts in the parish. “Regrettably, many relief and volunteer organizations chose not to respond to the ‘blood relative’ law, remaining silent on this issue,” the letter states.

“With the benefit of hindsight, we now know that St. Bernard Parish officials interpreted silence as consent, which has now emboldened this rogue government to pursue other means to defy the Fair Housing Act.”

Organizers say that the letter is intended to pressure organizations to think about larger issues of injustice as they work in the region. “It is time that we take a stand against housing discrimination in St. Bernard and throughout the Gulf Coast,” the letter states. “And make clear what the moral imperatives are for all organizations that seek to rebuild the Gulf Coast as a fair and just society.”

Among the signers of the letter are human rights organizations like the National Economic and Social Rights Initiative, regional groups like Moving Forward Gulf Coast, and local initiatives like MayDay NOLA, which works on housing in New Orleans.

Zack Rosenburg, the cofounder of St. Bernard Project, is angered by the complaints of Hill and others. “We are not an advocacy group and we’re not commenting on that,” he told me, referring to the laws of the parish. “We’re helping people get home.”

Rosenburg added that at least 30% of the families they have worked with have been African American, and he asked me to “think about the Black families who are living in FEMA trailers and want to move home, before writing this piece … Try to build things up instead of pulling things down.”

Lance Hill and other advocates claim that working on relief without challenging systemic injustices actually exacerbates the problem. They point out that the number of houses rebuilt for African Americans in the community – perhaps 200 at the most, if you include all nonprofits working in the area – pales in comparison to the thousands that have potentially been excluded by the laws of the parish. “The main reason that these relief groups have had to disproportionately rebuild Black rentals,” explains Hill, “is because the parish is tearing down or blocking construction of affordable housing faster than the relief groups can rebuild.”

“This is why this issue in St. Bernard has troubled me so much,” adds Hill. “Exclusion is at the core of the injustices of Katrina. The deliberate efforts to prevent people from returning and the denial that these policies and practices were in place have been the central issue. The exclusionary ideology that was widespread in the white community in New Orleans became law in St. Bernard.”

Organizers hope that the multiple levels of pressure will ultimately challenge elected officials in St. Bernard Parish to make the area an example of rebuilding with justice for all. “Our silence doesn’t help anybody,” says Hill. “It destroys more than the relief groups can ever dream of building.”

Jordan Flaherty is a journalist, an editor of Left Turn Magazine and a staffer with the Louisiana Justice Institute. He was the first writer to bring the story of the Jena 6 to a national audience and his reporting on post-Katrina New Orleans shared a journalism award from New America Media. Audiences around the world have seen the television reports he’s produced for Al-Jazeera, TeleSur, GritTV, and Democracy Now. He can be reached at neworleans@leftturn.org.