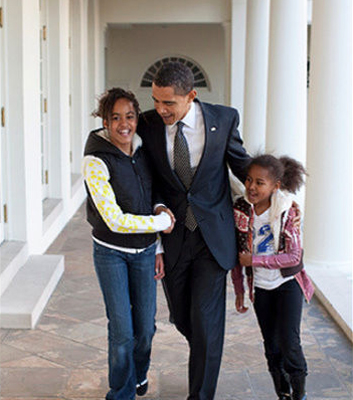 Last night my wife asked me if I thought I was a little too hard on Obama in my letter yesterday congratulating him on his Nobel Prize. “No, I don’t think so,” I replied. I thought it was important to remind him he’s now conducting the two wars he’s inherited. “Yeah,” she said, “but to tell him, ‘Now earn it!’? Give the guy a break – this is a great day for him and for all of us.”

I went back and re-read what I had written. And I listened for far too long yesterday to the right wing hate machine who did what they could to crap all over Barack’s big day. Did I – and others on the left – do the same?

We are weary, weary of war. The trillions that will have gone to these two wars have helped to bankrupt us as a nation – financially and morally. To think of all the good we could have done with all that money!

Two months of the war in Iraq would pay for all the wells that need to be dug in the Third World for drinking water! Obama is moving too slow for most of us – but he needs to know we are with him and we stand beside him as he attempts to turn eight years of sheer madness around. Who could do that in nine months? Superman? Thor? Mitch McConnell?

Instead of waiting to see what the president is going to do, we all need to be pro-active and push the agenda that we want to see enacted. What keeps us from forming the same local groups we put together to get out the vote last November? C’mon! We’re the majority now – the majority by a significant margin! We call the shots – and we need to tell this wimpy Congress to get busy and do what we say – or else.

All I ask of those who voted for Obama is to not pile on him too quickly. Yes, make your voice heard – his phone number is (202) 456-1414. But don’t abandon the best hope we’ve had in our lifetime for change.

And for God’s sake, don’t head to bummerville if he says or does something we don’t like. Do you ever see Republicans behave that way? I mean, the Right had 20 years of Republican presidents and they still couldn’t get prayer in the public schools or outlaw abortion or initiate a flat tax or put our Social Security into the stock market.

They did a lot of damage, no doubt about that, but on the key issues that the Christian Right fought for, they came up nearly empty handed. No wonder they’ve been driven crazy lately. They’ll never have it as good again as they’ve had it since Reagan took office.

But – do you ever see them looking all gloomy and defeated? No! They keep on fighting! Every day. Our side? At the first sign of wavering, we just pack up our toys and go home.

So, at least for this weekend [this was written Saturday, Oct. 10], let us celebrate what people elsewhere are celebrating – that America now has a sane and smart man in the White House, a man who truly wants a world at peace for his two daughters.

Many, for the past couple days (yes, myself included), have grumbled, “What has he done to earn this prize?” How ‘bout this:

The simple fact that he was elected was reason enough for him to be the recipient of this year’s Nobel Peace Prize. 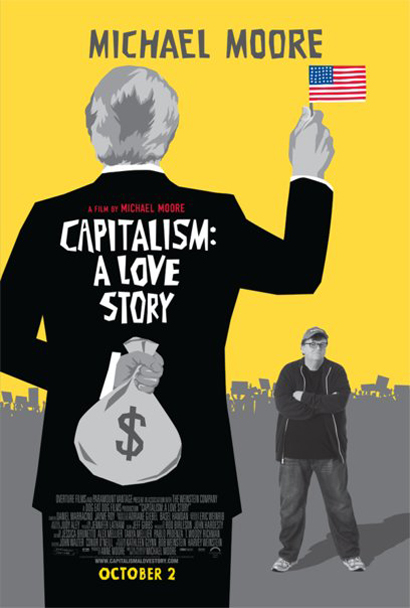 Because on that day the murderous actions of the Bush-Cheney years were totally and thoroughly rebuked. One man – a man who opposed the war in Iraq from the beginning – offered to end the insanity.

The world has stood by in utter horror for the past eight years as they watched the descendants of Washington, Lincoln and Jefferson light the fuse of our own self-destruction. We flipped off the nations on this planet by abandoning Kyoto and then proceeded to melt eight more years worth of the polar ice caps. We invaded two nations that didn’t attack us, failed to find the real terrorists and, in effect, ignited our own wave of terror. People all over the world wondered if we had gone mad.

And if all that wasn’t enough, the outgoing Joker presided over the worst global financial collapse since the Great Depression.

So, yeah, at precisely 11:00 p.m. ET on Nov. 4, 2008, Barack Obama won the Nobel Peace Prize. And the 66 million people who voted for him won it, too. By the time he took the stage at midnight ET in the Grant Park Historic Hippie Battlefield in downtown Chicago, billions of people around the globe were already breathing a huge sigh of relief.

It was as if, in that instant, one man did bring the promise of peace to the world – and most were ready to go wherever he wanted to go to achieve that end. Never before had the election of one man made every other nation feel like they had won, too. When you’ve got billions of people ready, willing and able to join a cause like this, well, a prize in Oslo is the least that you deserve.

One other thought. The Peace Prize historically has been given to those who have worked to throw off the yoke of racial discrimination and segregation – Martin Luther King Jr., Desmond Tutu. I think the Nobel committee, in awarding Obama the prize, was also rewarding the fact that something profound had happened in a nation that was founded on racial genocide, built on racist slavery, and held back for a hundred-plus years by vestiges of hateful bigotry – which can still be found on display at teabagger rallies and daily talk radio.

The fact that this one man could cause this seismic historical event to occur – and to do so with such grace and humility, never succumbing to the bait, but still not backing down (yes, he asked to be sworn in as “Barack Hussein Obama”!) – is more than reason enough he should be in Oslo to meet the king on Dec. 10. Maybe he could take us along with him.

‘Cause I also suspect the Nobel committee was tipping its hat to all of us – we, the American people, had conquered some of our racism and did the truly unexpected. After seeing searing images of our Black fellow citizens left to drown in New Orleans – and poor whites seeing their own treated no better than the Black man they had been raised to hate – we had all seen enough. It was time for change.

Thank you, Barack Obama, for giving us the opportunity to redeem ourselves. Now for the tasks ahead. We need you to do all that you promised to do. We need it. The world needs it.

My prediction for the future? You become the first two-time winner of the Nobel Peace Prize! Yeah!

Email Michael Moore at MMFlint@aol.com, visit his website, MichaelMoore.com, and see his latest and, many say, his greatest film, “Capitalism: a Love Story,” now showing at a theater near you. 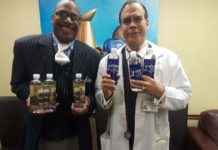