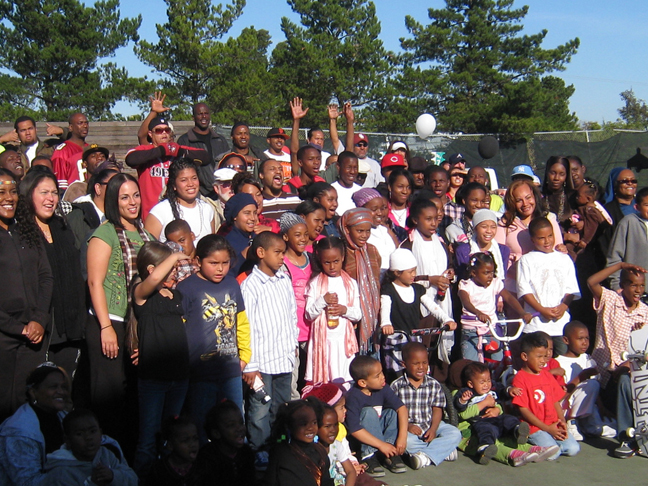 Tonight is a night of rejoicing in San Francisco’s Black heartland, Bayview Hunters Point. After more than a decade of fighting the land-grabbing Lennar cabal – Florida-based mega-homebuilder Lennar and its sponsors, Mayor Gavin Newsom, U.S. House Speaker Nancy Pelosi, richest member of the U.S. Senate Sen. Dianne Feinstein and her husband, Lennar partner Richard Blum – we the people of the poorest neighborhood in filthy rich Frisco finally won one.

The Bayview Hunters Point Project Area Committee, normally a reliable rubber stamp for City Hall, voted overwhelmingly to deny Lennar a sole source contract to demolish Alice Griffith public housing and replace it with mixed income housing. Lennar was named “Master Developer” by the City and given hundreds of acres of our neighborhood as a sort of colony – for one dollar – and usually acts like it owns us. The PAC doesn’t have the final word on the contract, but overruling a board hand-picked by City Hall would make the City and HUD look dictatorial.

Willie Ratcliff came home from the meeting jubilant. Though we’d been given no official notice and learned informally of this agenda item only the day before, unbought and unbossed community residents were there in force, prepared with powerful testimony. 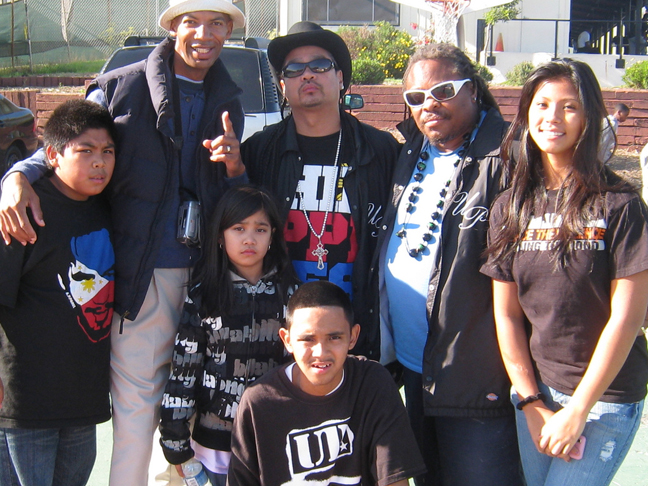 An Alice Griffith resident testified that, contrary to the City’s background memo to the PAC, most residents of the public housing development also known as Double Rock had been given no notice of this sole source proposal. The memo had reported, “At an Alice Griffith tenants meeting on November 11, there was no opposition to the sole source procurement request.” However, she told the crowd of about 300, only a handful of residents had been invited to that meeting.

How can Alice Griffith residents stand up against the Lennar cabal when evictions have become an epidemic, the same way nearby Hunters View (West Point) was depopulated? All over the country, when public housing is replaced with mixed-income housing, only residents “in good standing” are accommodated in the new homes, so before demolition as many residents as possible are labeled “not in good standing” and are excluded – usually becoming homeless.

Yet tonight a group of residents did stand up. There they were at the meeting, risking imminent retaliatory eviction, represented by the resident who testified. She said that federal stimulus-funded work – mostly painting and repairs – is being performed right now at Alice Griffith but not by residents. 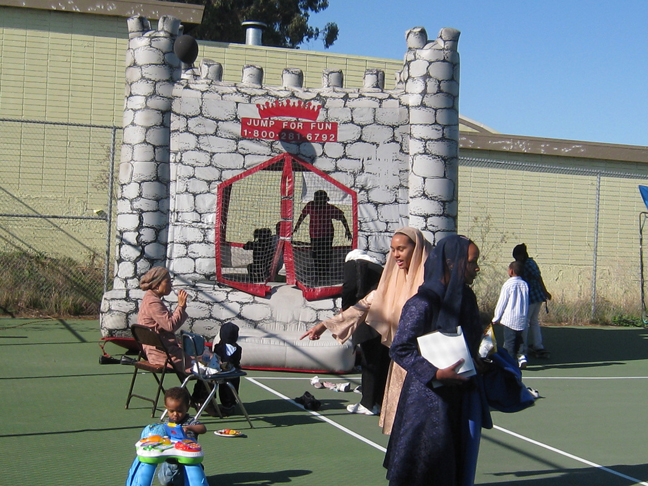 No one told them about the openings or asked them whether they are qualified. Many are and more could easily be trained. But instead, these high-paying jobs intended to help poor communities weather the recession are taken by outsiders while residents watch and wonder how they’ll pay their rent and feed their children.

She also raised an issue that seems to have been overlooked by everyone else: Considering the City’s repeated reassurance that the Bayview Hunters Point Redevelopment Plan prohibits the use of eminent domain to take residential property, how is it that the residents of Alice Griffith are being pushed out of their homes?

While one “community leader” in the audience testified he’d never oppose Lennar so long as the mega-builder keeps putting money in his pocket and a Lennar supporter on the PAC claimed that Lennar’s opponents comprise only one or two people, all the rest of tonight’s testimony and the discussion by PAC members opposed Lennar’s demand for a sole source contract. 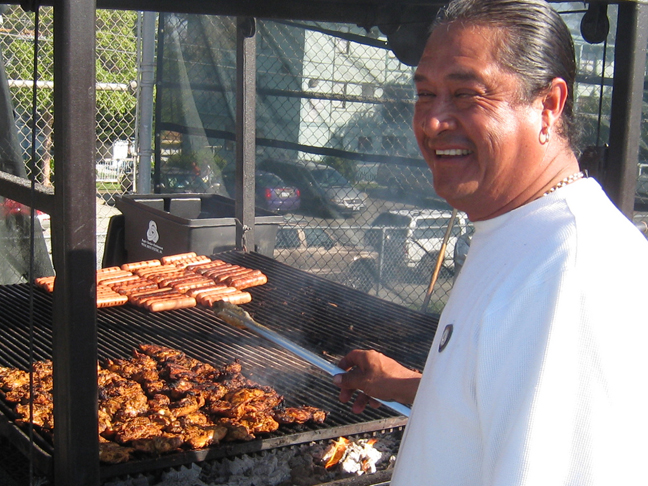 Espanola Jackson, mother of Bayview Hunters Point activism, reminded the Lennar supporters among the PAC members that their derogatory comments about audience testimony were being picked up by their microphones and broadcast live on KPOO! They looked like the cat that swallowed the canary.

Willie Ratcliff mentioned the New York Times’ revelation that Lennar spent $240,000 lobbying Congress to pass a tax refund bailout for homebuilders whose overbuilding and junk financing triggered the worst crash since the Great Depression and that Lennar is gaining from passage of that bill a tax REFUND of $250 MILLION. [This $250 million figure did not appear in the published story but was provided by the author, Gretchen Morgenson, by email at my request. – ed.] What a return on investment! He also pointed out that the $68 million Lennar is supposed to pull from its own pocket to subsidize the Alice Griffith rebuilding appears really to be coming from tax credits – again, the public’s money. 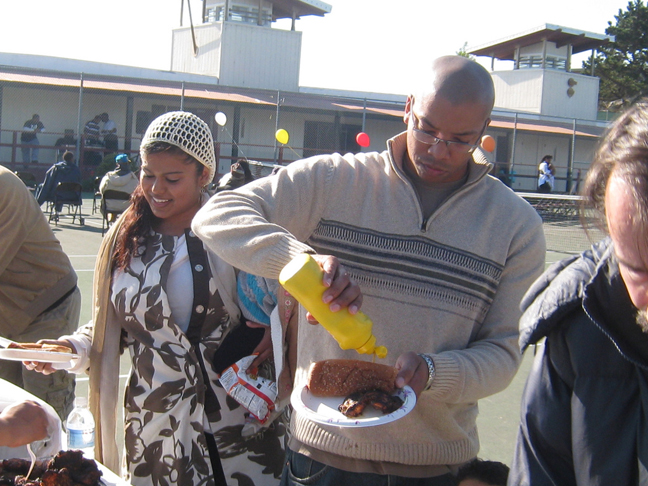 Brother Leon Muhammad, an unbought, unbossed member of the PAC, was brilliant as usual. He has kept Lennar constantly under his surveillance since its massive earthmoving at the Hunters Point Shipyard began four years ago to cover the school he heads that’s located just outside the Shipyard fence with asbestos-laden toxic dust, poisoning the children. He blamed Lennar, with its bribes and lies, for sowing dissension in the community – an effort that has met with very limited success. Witness the results of tonight’s vote!

How significant is this victory? The City was so confident the PAC would apply its usual rubber stamp to Lennar’s greedy grasp of a sole source no-bid contract that must be worth well over a hundred million dollars that it concluded its background memo for PAC members with these words:

“Next Steps: Following the PAC’s approval of the item, the Housing Authority will request approval to make the sole source request from its Commission. If HUD approval is then secured, Lennar will issue a request for proposals for a joint-venture partner, seeking a housing developer with extensive experience in mixed-income development and public housing renovations. SFHA [San Francisco Housing Authority], [Redevelopment] Agency, and City staff will continue to consult with Alice Griffith tenants and the PAC throughout this process.” 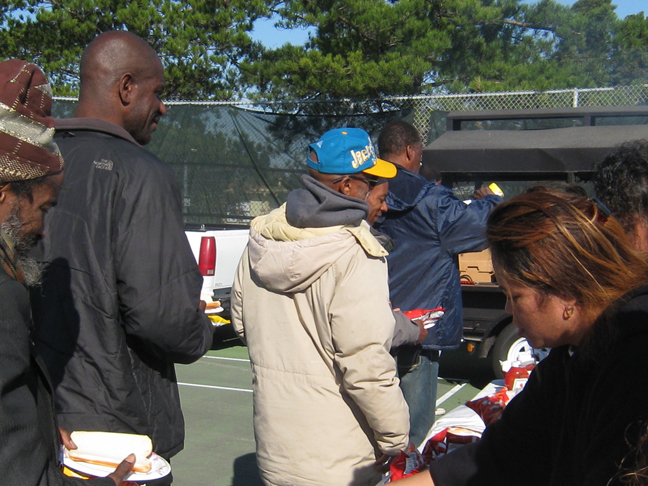 Tonight the brave people of Bayview Hunters Point, united across lines of race, class, religion, age and gender, who have gathered faithfully for town hall meetings every Thursday for three and a half years, proved that the Lennar cabal – some of the most powerful forces on earth – will not dictate our destiny. We will determine our own next steps.

And for now, we’ll savor our victory. It’s been a very long time coming.

In 1998, the Agency issued a competitive request for proposals for a master developer for the Shipyard selecting Lennar Communities as its development partner and subsequently executing an Exclusive Negotiations Agreement (“ENA”) for master development work at the Shipyard. In February 2007, the San Francisco Board of Supervisors passed a resolution urging the Agency to amend its ENA with the Developer so that the planning and redevelopment process for portions of the Shipyard could be integrated with redevelopment work at Candlestick Point, including the revitalization of Alice Griffith. This commitment was further sanctioned through “Proposition G,” which specifically mandated the prioritized rebuilding of Alice Griffith, including the infrastructure and affordable housing subsidies required to complete the rebuild.

The San Francisco Housing Authority, working together with the SFRA, MOH, and OEWD, would like to request authorization from HUD to procure development services for the rebuilding of Alice Griffith from only one source, Lennar.

The reasons for this request are as follows:

1) Leveraging and financial subsidies: The scope of Lennar’s role in the larger mixed‐use, mixed‐income development planned for Candlestick Point‐Hunters Point Shipyard Phase 2 (“Mixed‐Use Project”) allows it to leverage resources that would be unavailable to a developer working in isolation on the replacement of Alice Griffith housing only. Specifically, the Agency’s, City’s, and Developer’s negotiations regarding the inclusion of Alice Griffith within the Mixed‐Use Project requires Lennar to provide the following subsidies:

• $95,000 per unit for installation of all required project infrastructure, including direct costs for site preparation plus a proportionate share of infrastructure for neighborhood parks, utilities, and transportation improvements that would provide direct benefit to Alice Griffith residents (approximately $36,480,000 in total).

2) Direct Relocation: By utilizing non‐Alice Griffith property that is part of the Mixed‐Use Project, the current residents of Alice Griffith can stay in their existing homes until the replacement units are complete. The alternative is temporary, off‐site relocation during the construction phase, which can be very disruptive for families.

3) Timing: Lennar is currently negotiating with the Agency regarding land use entitlements, public funding streams, and design for development requirements, with a firm goal of obtaining project entitlements by June 2010. Part of the Agency’s requirements in these negotiations is that Alice Griffith be included in the first phase of development. Exclusion of the rebuilding of Alice Griffith from Lennar’s scope of work would result in indefinite delays while SFHA, the Agency, and the City pursued substitute sources of financing to replace the infrastructure and construction subsidies that Lennar would have provided.

4) Community Approval: Lennar has participated in significant public and community review of its plans through the original public procurement process that resulted in its Exclusive Negotiating Agreement and through the voter approval effort of Proposition G. Alice Griffith tenants have expressed a strong desire to begin the work of replacing their units, in which they are currently experiencing serious habitability problems. At an Alice Griffith tenants meeting on November 11, there was no opposition to the sole source procurement request.

5) Next Steps: Following the PAC’s approval of the item, the Housing Authority will request approval to make the sole source request from its Commission. If HUD approval is then secured, Lennar will issue a request for proposals for a joint‐venture partner, seeking a housing developer with extensive experience in mixed‐income development and public housing renovations. SFHA, Agency, and City staff will continue to consult with Alice Griffith tenants and the PAC throughout this process.