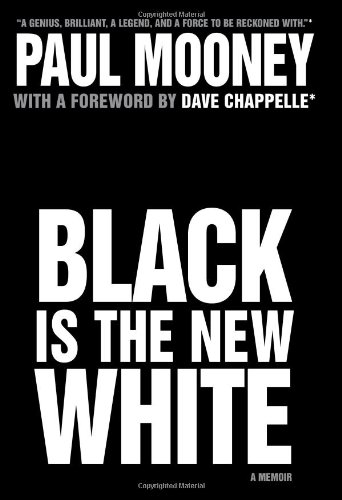 Bay Area native Paul Mooney is one of the most legendary comedians in this country to touch a mic, not just because he can make his audience laugh, but because intertwined in his jokes there is a certain amount of political commentary and social criticism. Just like his buddy, the late great Richard Pryor, his pro-Black perspective and wittiness can never be deemed irrelevant. He is the last of a dying breed of comedians who knew their role in the human rights struggle of Black people.

Mooney has written for “Good Times,” “The Richard Pryor Show,” the movie “Jo Jo Dancer,” “In Living Color” and “The Dave Chapelle Show,” just to name a few of the projects that his fingerprints are on. He recently came out with a new book about his life hanging with Richard Pryor called “Black Is the New White.” He will also be at the Black Rep Theater through New Year’s Eve (3201 Adeline St., Berkeley; call (510) 652-2120 or the hot line, (925) 812-2787) doing stand up, so go check him out. This is Paul Mooney is his own words …

M.O.I. JR: Yeah, I’m getting there. Paul, you come to the Black Rep every year. What’s this year’s show about?

Basically, it’s funny. That’s what really counts. We need laughter, especially with this economy; we need some smiles. And the Black Rep Theater is a unique place that has been there a long time, and I been hanging in there. And we just want everybody to show up, just like they do for Christmas.

So come on over. We will be there. We do two shows Wednesday, and three shows Thursday. So get to the Black Rep in Berkeley and get your tickets, because they are selling like hotcakes.

M.O.I. JR: Last night, I went and seen this movie “Avatar,” and it has been getting all these different reviews. It has some real colonial connotations to it, where white people were advising God, they was colonizing aliens and all of that. Have you seen “Avatar”? And what is your assessment of “Avatar”?

Paul Mooney: I saw the preview. I haven’t seen the actual movie, but I’m going to see the film soon. But I saw the previews, and it’s in 3D. And I am not a person for, you know, like puppets and cartoons. I sort of try to deal with real life. We should try to get a hold on reality and real life, instead of trying to deal with aliens.

But I understand what the story is about. I get it, with the colonizing and they’re trying to take over the purple people, or green, or whatever color they are. They are not having it, and they have tails. It’s a little weird. But I get it, and it is new. And it’s actually old too, because nothing is really new. And it is interesting. And Black people are working, so that part of it is a plus. Yeah, that’s a plus.

M.O.I. JR: What does that title mean and what is the book about?

Paul Mooney: The book is actually about me, and it’s about my relationship with Richard Pryor. And it wrote itself, and it is funny. And Black is definitely the new white. You see that Nigerian on that airlines is doing … what white folks usually do, we’re doing. The serial killer back East, we’re getting just like them. We’re turning into Black Anglo-Saxons.

M.O.I. JR: What did you think about the movie “Precious” – people were going back and forth?

Paul Mooney: I don’t know why people are acting so stunned with this. We’re just copying the reality of the environment that we’re in. I mean, we learned from the best; we’ve learned from white folks, you understand?

But slavery was the most insanity and abuse. I don’t know why people are stunned by Black family abuse; they’re just backlash of what they come out of. Who created us? We’re the Frankensteins. These white folks are up to all kinds of wild stuff so, of course, we’re going to be up to it too. I thought it was a horror movie. I ran out of the theater screaming. I thought a monster had been released.

Paul Mooney: I mean come on, “Precious,” give me a break. What is it? “The Color Purple 2.” “Your stuff is better than your mama’s” and all of that. I mean we understand these demons, but I don’t want to see them up on the screen because you have to be careful of what you do on the screen because when these films go out of this country, as a Black person, we’re responsible for what’s up there, because they actually believe that this is the way that we are. You know that?

See, white folks are actresses and actors; they know that they are just acting. For us, they think it’s a documentary. When they saw “Superfly,” they thought all Black men were pimps, OK? Let’s keep it real, brotha.

M.O.I. JR: So you were a comedian and you were traveling around the country at that time, you and Richard Pryor, and they thought y’all were pimps? They thought you did comedy on the side?

Paul Mooney: Of course, they believe what they see on the screen, brother, when it comes to us. Come on. “Boys in the Hood,” whatever it is, they believe what they see. They don’t think that all white people are Jason or “Pyscho.” They are just actors and actresses. They are acting, we’re not. It’s a reality show when we do something. That’s why we have to be very responsible for what we put on the screen. You know, people believe it.

What do you see on the Disney Channel and all of these shows? You see these young little white boys singing, and we haven’t had young Black boys singing with this sexual thing. They are cute and hunks and all of this, but do you see any young Black boys up on stage singing with this sexual thing, do you see that? Hanna Banana and all this other kind of crap. It’s just insane. It’s all done on purpose, brother. It’s all planned. Nothing is by accident in our society that we live in.

Paul Mooney: No. That’s a long story. It happened with that whole thing at the Laugh Factory with that little Armenian – he wasn’t a Jew – when he went crazy and had his nervous breakdown and said the word so many times. That’s why. That’s my choice. Everybody has their choices. 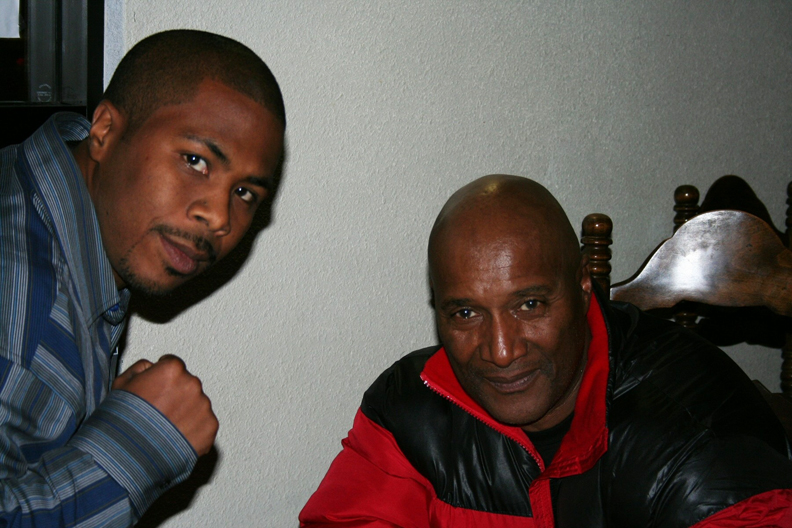 I know why a lot of young people say it, I understand it, because Richard Pryor and I used it a lot but we were trying to take the edge off it. You know, but times are different now so … that’s my choice. I decided not to use it. But who knows, I might say it. I didn’t say that I wouldn’t say it backwards, so what’s up, my reggin?

Paul Mooney: What’s up, my reggin?

M.O.I. JR: All right. What do you think about earlier in the year when Henry Louis Gates got terrorized by the police within his own house?

Paul Mooney: Who got terrorized?

Paul Mooney: Why is everybody so shocked by all of this?

M.O.I. JR: I guess they didn’t think that it happened to Black people in the rich neighborhoods, I guess.

Paul Mooney: I don’t care where it is, he’s lucky that they didn’t lynch him. You know America – well, you’re too young. Before 1964, a white man could do anything he wanted to do with a Black man and get away with it. Nobody cared. We could start with Emmit Till. Nobody cared. Nobody goes to jail, you know?

Paul Mooney: So it’s pretty wild. It just keeps repeating itself. We as Black people just have to get our strength together ‘cause we come from kings and queens, brotha. We’re it. No race in the world is imitated more than us. They copy and steal from us every day. We’re very creative. I mean, look, we got a president that could play basketball, brotha, please. And he got a walk … you know he got a walk? Most of those white presidents can’t even get up out the bed.

M.O.I. JR: I know that one of the biggest events of 2009 has been the death – murder – of Michael Jackson. How do you weigh in on that issue? What do you feel about the king of pop passing?

And it is just a tragedy, but it happens to most Blacks that get that kind of power. They’re just the walking dead, you know? The only thing that saved Muhammad Ali is that disease that he has, or they would’ve got him. They put something in your tea.

And just like when Johnny Cochran, the one that defended O.J. – you know when he got O.J. off he was the walking dead. You don’t embarrass the master like that in front of the world. They put something in his tea. “Here, have some more tea, Johnny.” He knew they were going to get him out of here.

If you go down the list, it is not a conspiracy theory; it’s a reality. Whenever a Black man gets that kind of exposure and that kind of power, that white man puts a stop to that. You know Wesley Snipes; do you remember when he first came on the screen? Remember?

It was all about sex, don’t you remember that? I mean Wesley was tar baby Black, right? All the women loved him – I mean Asians, Blacks, whites, all of them. They was crazy about Wesley, remember? That white man heard the words sex; the next time we saw Wesley, he was an ugly drag queen. He put an end to that, didn’t he?

Then the third time we saw him, he wasn’t even human, he was a vampire. Yeah, you haven’t heard sex no more, have you? They put a stop to that didn’t they? But these white men in these films – “He’s a hunk,” “he’s this,” “he’s that” – all they ever talk about is sex, you know: “The sexiest man alive,” sex, sex. You know? They got some TV show with some white man that is well endowed, you know what I’m saying – just hanging, just slinging, OK?

M.O.I. JR: How do you feel about Tiger, since we are talking about sex?

Paul Mooney: Oh, Tiger Woods. He thought he was Cabaclasian. He knows what he is now.

Paul Mooney: He said he was Cabaclasian; you don’t remember that? He knows what he is now. That Becky beat the Black out of that boy. He got a Becky butt whooping. When Becky whips your butt, you have to be embarrassed. All that Asian, that’s why he ran into that tree driving. She beat all of the Black off that boy. The only mistake Tiger Woods made with sleeping with them white women is that he left them alive. You know, dead white women don’t talk.

M.O.I. JR: What do you think about the comeback of Whitney Houston? Is she back?

Listen, you asking me all of these questions, you sound like Oprah Winfrey’s son. I just want everyone to come to the theater and see the show. No more questions. I got to go. My time is up. I got to go to a Black meeting so I’ll see you at the Black meeting. 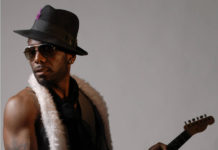