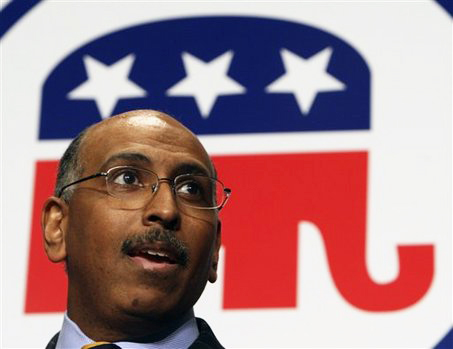 America needs to get a grip.

The idiotic controversy that is the focus of the nation’s media and which claims Nevada Sen. Harry Reid uttered racist comments is mind boggling in its obtuseness. It’s clear he is being pilloried for making comments inherently not racist merely as an attempt to sidetrack the healthcare reform debate.

Reid was quoted by authors John Heilmann and Mark Halperin as saying in 2008 he told Barack Obama he should run for president because he is “light skinned” and “has no Negro dialect unless he wanted to have one.”

The only thing more mind boggling and more obtuse about this non-issue is that the Republicans, who lit the match to ignite the controversy and continue to pour gasoline, are getting away with it. Democrats and honest Republicans, white and Black, cannot seem to gather the moral energy and mental clarity to call the Republicans who are promoting this issue by their true name: demagogues.

Giving Republicans any credibility on issues of defending Blacks against racism is ludicrous. For 40 years The Republican Party utilized the so-called “Southern strategy” to create a divide between white and Black voters in widely successful attempts to create fear on the part of whites in regards to civil rights legislation and to drive white voters into the Republican Party.

California Sen. Dianne Feinstein is typical of the muddled thinkers. In her appearance on Face the Nation, she did not seem to understand the issue. Equating Reid’s comments with the Jesse Jackson “hymietown” comments of the late 1980s, Feinstein lamely said, “First of all, all of us are imperfect.” She conceded the issue to the Republicans but went on to say because Reid had apologized, the matter was closed.

Without defending Reid on other issues of racism of which he is certainly guilty, on this issue he was merely speaking a truth that virtually every Black person in the U.S., including Republican National Committee Chairman Michael Steele, the Republican Party’s walking and talking lawn jockey, knows to be true.

Admittedly there are things Black folks can say (but shouldn’t) that white folks can’t. Think the N word here. But Reid’s controversial comments weren’t among them.

Every African American has heard the maxim, “If you’re white, you’re all right. If you’re yellow, you’re mellow. If you’re brown, stick around. But if you’re Black, get back.” Though not as true today as it was in the 1950s, it’s still true enough.

For instance, do people really think someone with Flava Fav’s complexion could be elected president? Or someone who talks like Snoop Dogg? No. Harry Reid was right.

Furthermore, every African American also knows that every Black person raised and nurtured in the Black communities and churches and who has been successful and gainfully employed in the U.S. business and political communities speaks virtually two different languages: the language of home and the language of the workplace.

This has been written about extensively.

It is widely acknowledged that linguistic opposition, the dislike whites have for the way many African Americans talk, is one reason many Blacks have trouble getting jobs in the service section of the economy – jobs that would require Blacks to come in contact with non-Black customers.

Also the issue was the focus of the 1996 Ebonics debate that saw the Oakland School Board adopt, then rescind (under massive public pressure and ridicule) a program to use Ebonics as a tool to teach Standard English. Ironically the proposal was inaccurately written, offering evidence of the need for such a program, and the entire discussion went sideways because the true intent of the proposal was never made clear until the issue of Ebonics as a recognized language was dead and buried.

The other element of idiocy in this issue – and here is where the true nature of Republican demagoguery is encountered – is the attempt to equate what Harry Reid said to what Mississippi’s Trent Lott said.

In 2002 at a 100th birthday celebration for South Carolina Sen. Strom Thurmond, Lott said: “I want to say this about my state: When Strom Thurmond ran for president (1948), we voted for him. We’re proud of it. And if the rest of the country had followed our lead, we wouldn’t have had all these problems over all these years, either.”

This is to say if Strom Thurmond had won the 1948 presidential election, there wouldn’t have been a civil rights movement and most Blacks, rather than the approximate 30 percent today, would still be relegated to an underclass status.

For these sentiments Lott was forced to resign his leadership position in the Senate and Steele and other Republicans want Reid to pay the same price, a move that would clearly sidetrack the healthcare reform debate.

But the Republican demagogues are going to milk this issue for all it’s worth and then some.

The only question is will someone with a clear sense of the racial issues confronting the U.S. stand up and call out the demagogues?