Author’s update: The horrific disaster that has befallen Haiti is perhaps unprecedented in the Western Hemisphere. Estimates now say that perhaps hundreds of thousands have died as a result of the Jan. 12 earthquake. The media have constantly recited, as a mantra, that Haiti’s weak infrastructure and poor quality of construction account for the large number of deaths. The implication is that Haitians are unable to govern and build a reliable, sustainable society.

The truth of the matter is that, left to their own efforts, Haitians would have been more than able to build a reliable democracy with adequate infrastructure. But they have never been allowed to do so – not by Europe and certainly not by the United States.

The article below was written in 2003. It attempts to describe how Haiti has been by design maintained as the most impoverished nation in our hemisphere.

Contact your congressional representatives and urge them to move Congress to increase aid to Haiti. For more on direct aid and action, go to How to show your solidarity with heroic Haiti: resources, where to send donations and to Haitiaction.net. 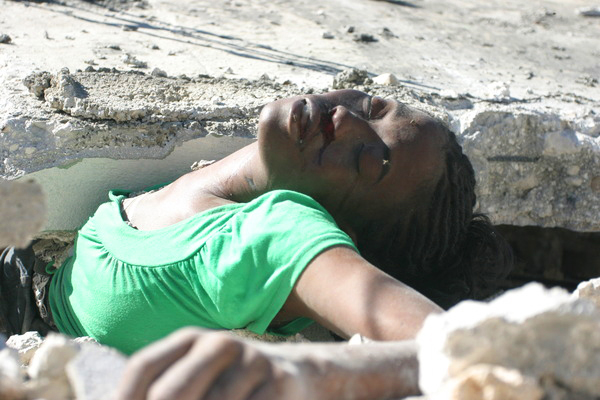 Though the demand by Haiti for reparations from France is just, it obscures the role the United States played in the process to impoverish Haiti – a role that continues to this day.

Today Haiti is a severely indebted country whose debt-to-export ratio is nearly 300 percent, far above what is considered sustainable even by the International Monetary Fund and the World Bank. Both institutions are dominated by the U.S.

In 1980 Haiti’s debt was $302 million. Since then it has more than tripled to $1.1 billion, approximately 40 percent of the nation’s gross national product. Last year Haiti paid more in debt service than it did on medical services for the people.

Haitian officials say nearly 80 percent of the current debt was accumulated by the regimes of Francois and Jean-Claude Duvalier, Papa Doc and Baby Doc. Both regimes operated under the benign gaze of the United States that has had a long and sordid history of keeping Haiti well within its sphere of economic and political influence.

It is now well known that the primary source of Haiti’s chronic impoverishment is the reparations it was forced to pay to the former plantation owners who left following the 1804 revolution. Some of the white descendants of the former plantation owners, who now live in New Orleans, still have the indemnity coupons issued by France. So in fact, at least part of the reparations paid by Haiti went toward the development of the United States.

In 1825 Haiti was forced to borrow 24 million francs from private French banks to begin paying off the crippling indemnity debt. Haiti only acknowledged this debt in exchange for French recognition of her independence, a principle that would continue to characterize Haiti’s international relationships.

These indemnity payments caused continual financial emergencies and political upheavals. In a 51-year period, Haiti had 16 different presidents – new presidents often coming to power at the head of a rebel army.

Nevertheless, Haiti always made the indemnity payments – and, following those, the bank loan payments – on time. The 1915 intervention by the Marines on behalf of U.S. financial interests changed all of that, however.

The prelude to the 1915 U.S. intervention began in 1910 when the National Bank of Haiti, founded in 1881 with French capital and entrusted from the start with the administration of the Haitian treasury, disappeared. It was replaced by the financial institution known as the National Bank of the Republic of Haiti.

Part of the capital of the new national bank was subscribed by the National City Bank of New York, signaling, for the first time, U.S. interest in the financial affairs of Haiti.

The motivation for the original U.S. financial interest in Haiti was the schemes of several U.S. corporations with ties to National City Bank to build a railroad system there. In order for these corporations – including the W.R. Grace Corp. – to protect their investments, they pressured President Woodrow Wilson and his secretary of state, William Jennings Bryan, to find ways to stabilize the Haitian economy, namely by taking a controlling interest in the Haitian custom houses, the main source of revenue for the government.

After Secretary of State Bryan was fully briefed on Haiti by his advisers, he exclaimed, “Dear me, think of it! Niggers speaking French.”

Ironically, however, Bryan, a longtime anti-imperialist, was against any exploitative relationship between the U.S. and Haiti or any other nation in the Western Hemisphere. In fact he had long called for canceling the debts of smaller nations as a means by which they could normally grow and develop. Not surprisingly, Bryan’s views were not well received in Washington or on Wall Street.

Due to the near total ignorance at the State Department and in Washington generally about Haiti, Bryan was forced to rely on anyone who had first hand information. That person turned out to be Roger L. Farnham, one of the few people thoroughly familiar with Haitian affairs.

Farnham was thoroughly familiar with Haitian affairs because he was vice-president of the National City Bank of New York and of the new National Bank of the Republic of Haiti and president of the National Railway of Haiti. In spite of the secretary of state’s hostility to Wall Street and Farnham’s obvious conflict of interest, Bryan leaned heavily on Farnham for information and advice.

As vice president of both National City Bank and the National Bank of the Republic of Haiti, Farnham played a cat and mouse game with the Haitian legislature and president. Alternately, he would threaten direct U.S. intervention or to withhold government funds if they did not turn over control of the Haitian custom houses to National City Bank. In defense of Haitian independence, lawmakers refused at every juncture.

Finally, in 1914, with the outbreak of World War I, Farnham was able to convince Washington that France and Germany posed direct threats to the U.S. by their presence in Haiti. Each had a small colony of business people there.

In December of 1914, Farnham arranged for the U.S. Marines to come ashore at Port Au Prince, march into the new National Bank of Haiti and steal two strongboxes containing $500,000 in Haitian currency and sail to New York, where the money was placed in New York City Bank. This made the Haitian government totally dependent on Farnham for finances with which to operate.

The final and immediate decision to intervene in Haiti came in July of 1915 with yet another overthrow of a Haitian president, this time the bloody demise of Vilbrun Guillaume Sam.

For the next 19 years, the U.S. Marine Corps wielded supreme authority throughout Haiti, often dispensing medicines and food as mild forms of pacification. Within several years, however, charges of massacres of Haitian peasants were made against the military as Haitians revolted against the road building programs that required forced labor.

In one such incident at Fort Reviere, the Marines killed 51 Haitians without sustaining any casualties themselves. Assistant Secretary of the Navy Franklin D. Roosevelt awarded Major Smedley D. Butler the Congressional Medal of Honor. That’s not unlike the awarding of Medals of Honor to the “heroes” of the massacre at Wounded Knee, in which hundreds of Sioux Native Americans were slaughtered in 1890.

Reports of U.S. military abuses against the Haitians became so widespread that NAACP official James Weldon Johnson headed a delegation to investigate the charges, which they deemed to be true.

While the U.S. occupation was not without some successes – the health care system was improved and the currency was stabilized – it was in other economic spheres where the most damage was done. For the entire 19-year duration of the intervention, maximum attention was given to paying off Haiti’s U.S. creditors, with little to no attention given to developing the economy.

In 1922 former Marine Brigade Commander John Russell was named High Commissioner of Haiti, a post he held until the final days of the occupation. Under Russell’s influence, all political dissent was stifled and revenue from the custom houses was turned over, often months ahead of schedule, to Haiti’s U.S. bond creditors, who had assumed loans originally extended to Haiti to pay off the French plantation owners’ reparations!

By 1929, however, with the Western world’s economic depression and the lowering of living standards throughout Haiti, serious student strikes and worker revolts, combined with Wall Street’s inability to lure serious business investors there, Washington decided it was time to end the military occupation. When then President Franklin D. Roosevelt visited Haiti in 1934 to announce the pullout, he was the first head of a foreign nation in Haiti’s history to extend a visit.

Despite the American military pullout, U.S. financial administrators continued to dominate the Haitian economy until the final debt on the earlier loans was retired in 1947.

Soon after the U.S. withdrew from Haiti, a Black consciousness movement of sorts took hold that was the precursor of the “negritude” movement popularized by Aimee Cesaire and Leopold Senghor. Francois Duvalier, an early believer in “negritude,” came to power in the late 1950s, popularizing ideas that resonated with a population that had withstood a white foreign occupation for many years.

By the time Duvalier grabbed the presidency of the world’s first Black republic established by formerly enslaved peoples, Haiti had experienced more than 150 years of chronic impoverishment and discriminatory lending policies by the world’s leading financial institutions and powers. The economic forecast for Haiti has not improved, even with the democratic election of Jean-Bertrand Aristide, since he has been consistently demonized in the U.S. and world press.

Jean Damu is the former western regional representative for N’COBRA, National Coalition of Blacks for Reparations in America, and a former member of the International Brotherhood of Sleeping Car Porters, taught Black Studies at the University of New Mexico, has traveled and written extensively in the Caribbean and Africa and currently serves as a member of the Steering Committee of the Black Alliance for Just Immigration. Email him at jdamu2@yahoo.com. This story first appeared in the San Francisco Bay View in 2003. 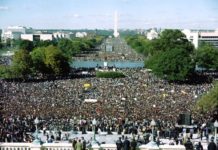