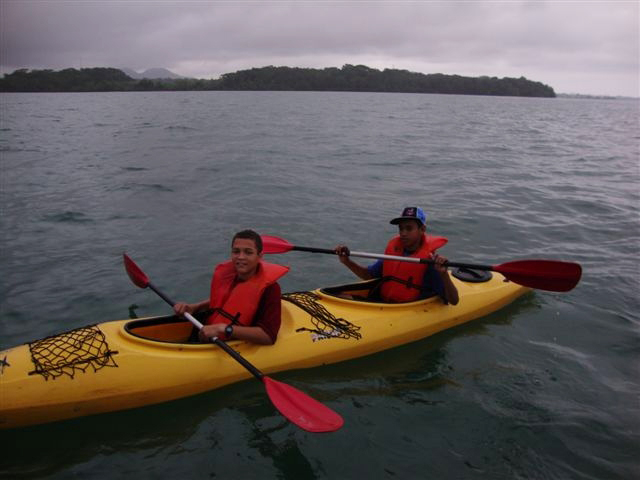 This past weekend, the People’s National Party (PNP) organized a Kayak for Haiti Kayakathon to raise funds for the victims of the quake. The paddling event started off under cloudy skies early Saturday morning, Feb. 6, shortly after 6 a.m. The goal was to kayak to Playa Blanca, Guatemala, after learning everything we could about kayaking from difference sourcing including online and our target was to raise at least $1,000BZD.

Shortly after we left Punta Gorda town along the Southern coast, the winds and rain began to pick up, but the kayakers had big hearts so they braved the winds and rains and continued to paddle through these challenging conditions. But the rains and winds did not ease, so just before the mouth of the Sarstoon River, the trip had to be aborted and, for safety reasons, the kayakers climbed into the support boat and headed back to Punta Gorda. 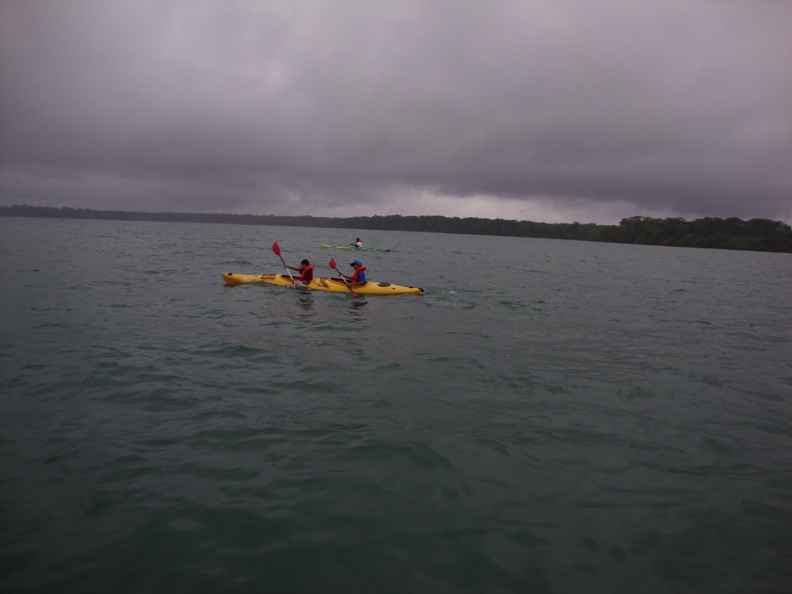 Despite the inclement weather, Kayak for Haiti was a success because the target was met and surpassed. The total amount raised was $1,404. The money will go to the Haiti Emergency Relief Fund via George and Candy Gonzalez of San Ignacio.

The Peoples National Party (PNP) is a new and upcoming political party in Belize. We decided to form this party after years of seeing our country falling apart by the greed and corruption that exist within the two party system.

PNP is a grassroots party with little or no political experience but we are ready to run and defend this country. Presently a few families run Belize. They give dollars to both political parties and at the end of the elections they reap all the benefits that should be going to the Belizean people.

Over the past three years with the little we have that the ordinary man and woman share with us, we have been able to organize many events. These include lobbying for more education for our rural areas, back to school drives and cleanup campaigns among others.

Kayak for Haiti is just one of those things that we do because we feel connected to the people of Haiti. We know that in the past the corruption in Haiti is one reason why there is so much suffering and that we can relate to. We know that many of the international agencies are aware of the corruption but choose to turn a blind eye and as a result people suffer. We do not agree with those things in Haiti and we do not agree with those things in Belize either or anywhere else on Planet Earth. Hence this is our little way of showing compassion for our brethren in Haiti. 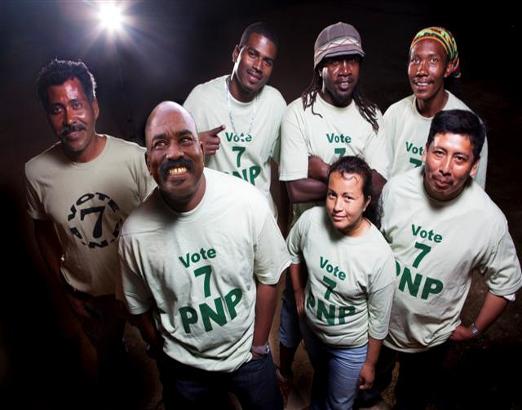 We collected $400 from many of our friends and acquaintances, which we have sent to the Haiti Emergency Relief Fund (HERF), a group that was founded in March 2004 by Harry Belafonte and Danny Glover and is headed by Oakland, California, lawyer Walter Riley, along with our own donation. Though a few people were able to give a little more than others, the bulk of the funds came from $5 donations of Belizeans struggling themselves.

The Haiti Emergency Relief Fund has given concrete aid to Haiti’s grassroots democratic movement that is fighting to survive since the brutal coup that ended in the kidnapping of Jean Bertrand Aristide, the democratically elected president of Haiti, in collaboration with the U.S. HERF has been working not only for the immediate crisis – the catastrophic Jan. 12 earthquake and the failure of the U.S. and U.N. and major NGOs to provide real relief – but in order to support the long-run development of human rights, sustainable agriculture and economic justice in Haiti. 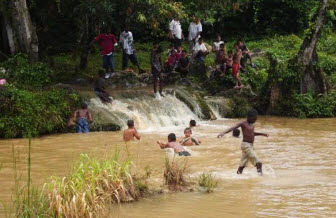 After more than a month since the quake, the conditions for the poor of Haiti have not changed. The U.S. sent 20,000 troops, but they came with no water, no food, only guns. And now they are living off the aid that is being sent for the people of Haiti.

We ask the United States not to stop President Aristide from returning to his country. He is the leader of Lavalas Party, the people’s choice, and should be allowed to lead his people through this natural disaster before it becomes another U.S. disaster.

Former San Franciscans George and Candy Gonzalez live in Belize, where they are leaders in movements for human rights and environmental justice and many of the other worthy causes they championed in the U.S. They can be reached at geocanbz@gmail.com. The Bay View salutes and thanks them for their long and very strong support over the years.