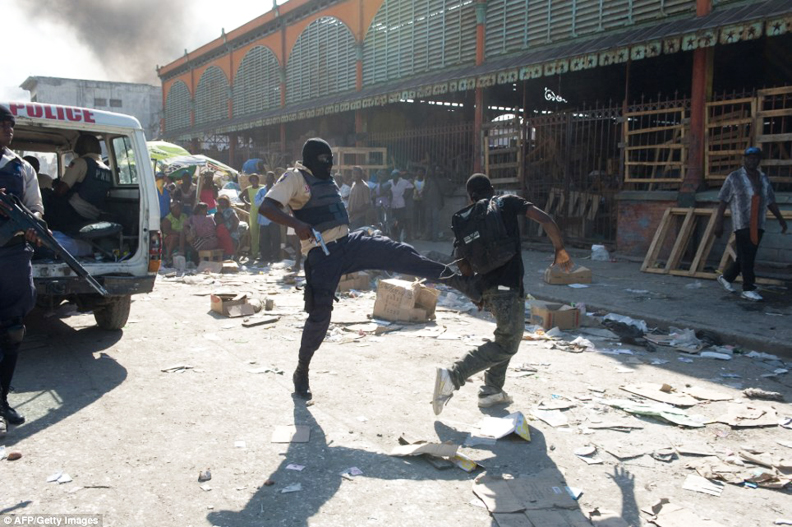 Coincidence or capitalism?
Strange incidents or imperialism?
Is it happenstance how many white folks’ faces
Happen to be seen as saviors?
Some may call it conspiracy theory, however, logically speaking,
One could just take a brief look at history.
World gangsters and banksters fronting like they philanthropists.
The same mothafukahs that been concentrating on conquering us
Playing like they suddenly give a fuck about us!
The Red Cross and other U.S. controlled crime bosses
Exploiting our emotions and capitalizing off our cries.
It’s big business in burying Black bodies,
In other words, some mothafuckahs benefiting every time one of us dies.
You see, the system has written the script.
And this is how it’s supposed to go:
We “Kum ba yah” our ass to the caskets and dance to our damn deaths.
While preachas, politicians and pied pipers tell us to
Bow our heads and close our eyes and surrender, ooooh surrender
‘Til you have not a damn thing left.
They shoot us, then display us as looters.
Then they bring in the U.N. and the rest of the U.S. friends,
Blackwater forces who now go under the new name Xe (pronounced zi),
Who, like a fatal disease, once they get in, they don’t
Never plan on leaving.
With friends like these, who in the fuck needs enemies?!

It seems like every time they fuck us!
We forgive ‘em.
And when they don’t kill us, and just capture us,
We somehow, in some twisted form or fashion
thank them for letting us live.
Through their policies, practices and propaganda,
They done even duped us to believe that
Everything that’s bad that happens to Black folks
Is because of some shit that we done did.
Or even mo’ sinister and deeper than that,
They done damn near declared it as a matter of fact
That God himself is determined to do us in.
Katrina ain’t killed nobody!
America did!
For it is time that we give credit where credit is due.
And for those of you that say here he comes again,
Blaming the government and white folks,
I say if the crime fits, lace up them fuckin’ shoes.
Rupert Murdoch, Fox and the rest of them
Media mother fuckahs who control them idiot boxes
Ain’t nothin’ but another division of the pigs
Whose directive is to be sure to force feed us nothing but
Falsehoods and hogwash.
This shit is so sickening, seeing the images on how they be portraying us,
The same ones that’s coming to slay us, putting out
To the world like they there to save us. 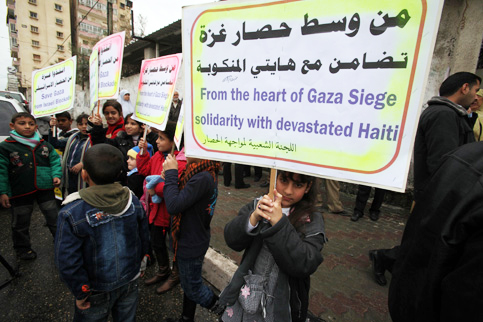 Haiti! The land of my brotherman … and sister woman,
The ones that kicked Napolean’s ass,
The land of sugar cane and Africans,
The land in which the enslaved revolt,
The ones that the International Monetary Fund
Left with a debt in order to keep ‘em broke,
The country in which in 1983 a despot by the name
Of Duvalier was validated by the Pope,
The land in which the machetes met the gringo’s throat
And the ones that provided inspiration to
Black folks throughout the globe in 1804,
The ones that the imperialists have never forgiven
For committing the quote unquote “crime”
Of refusing to be colonized,
The land in which the women who were forced to be
Bed warmers took master to bed and gave
A guarantee that never again would he get up,
The sons and daughters who went without water
For days and days under the concrete and never gave up.
Some have viewed you as simply a slave stop.
However, through the eyes of the colonized,
In the international struggle for independence,
YOU, with the minimum, have given such a lot.
Like surgical strikes, the Mamas and Papas, are did away with.
And, as in the case of the Aborigines in Australia, we become
Forced to witness our children become open season
For white folks’ pickins’.

They, and let us be perfectly clear that inclusive
in They is the United States,
Have attempted to do you in through
Dope, disease, debt and dictators.
You have been bogusly denied entry into this country,
While you have literally seen the easy entries
Of your more fairer skin neighbors.
Now, the same ones that produced a Papa Doc and Baby Doc,
Hard as it may be to believe, got they hands on some technologies
That consider it child’s play with creating earthquakes and aftershocks,
Guns, grenades, malaria, AIDS and other chemical agents and weather warfare.
That’s just to name a few of the tools that they done used.
Now, your mind would be blown if you knew the motives of those 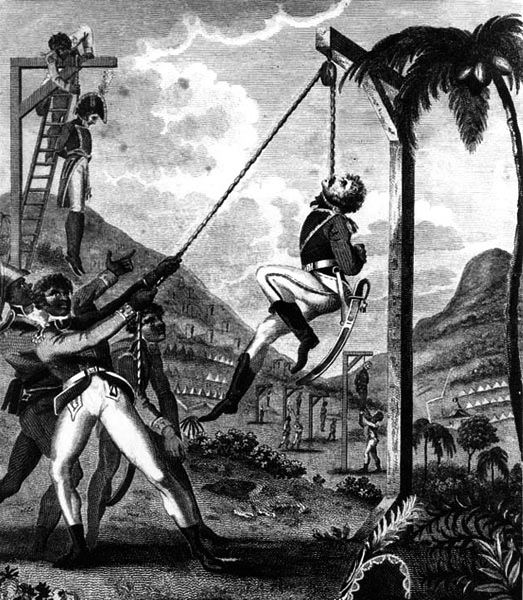 That have an interest in population control.
In fact, in the spirit of modern day slavery, they see the world as a stock market
In which you are viewed as a share.
Many of us couldn’t even imagine the motives of these mothafuckahs
And they mass murders.
Like … why would the World Health Organization implement practices
In order to decrease the world population?
And … how does China, Great Britain, America and her allies benefit
Off there being tragedies and devastation?
Now … if this appears to be merely nothing but ancient history,
What powers that be was it not long ago kicked in the doors
And blatantly told the former presidency in Haiti to leave?
And what system, in the interest of mass murder, made mass victims
And had them sniffing formaldehyde in FEMA trailers
That were nothing more than modern day
Gas chambers in New Orleans.

In Haiti, was it coincidentally that initially the Israelis
Were the only entity with the ability to operate a medical facility?
And who was it that deemed it that across seas with the Iraqis
That a former VP by the name of Dick Cheney
And his cohorts from Halliburton controlled all of the contracts
And had previously ran the same racket
Domestically down in New Orleans?
When Napolean’s brother-in-law LeClerc
Sent word to the resistors to relinquish their swords,
Jean Jacques Dessalines sent back the following words:
“Koupe tet boule kay!” In other words, this is what he had to say:
“Off with their heads, burn their houses …
And we won’t stop ‘til we get full freedom!”

©2010 Chairman Fred Hampton Jr. of the Prisoners of Conscience Committee can be reached at chairmanfredjr@gmail.com.