Author: Orissa Arend
Published 2009 by the University of Arkansas Press

“Showdown in Desire” is a unique book – a case history detailed in “spoken word” by a great variety of participants, who, allowed to tell their stories in their own words, share with us an amazing experience. By skillfully focusing on the incidents in one community in the South in 1970, and their connection to the young people who came together to form a chapter of the Black Panther Party in the Desire public housing development, New Orleans, Louisiana, Arend illuminates and enlightens a very significant time in the whole country’s history. In the sharing of these very personal recollections from these Black Panther Party members, and all the other contributors, we are immeasurably enriched.

Arend started out by compiling some interviews for a column she wrote for in the Louisiana Weekly, but this book miraculously developed into what is a most lovingly, painstakingly preserved original form of extremely irreplaceable oral histories. Through these exciting, candid and original spoken stories from 1970, emanating from the mouths and memories of the people of Desire, we are taken back to those battles that were fought in the struggle for basic human rights, the same ones we still struggle for today.

Arend sheds a piercing light which scrutinizes, illuminates and explains the reasons why the Black Panther Party offered so much hope – through their community-based programs, such as their Free Breakfast Programs, and their belief in defending their communities, through their political education classes, and because of their beliefs that power belonged to the people and that the needs of the people must be served. The Black Panther Party set an example that had not been seen before. 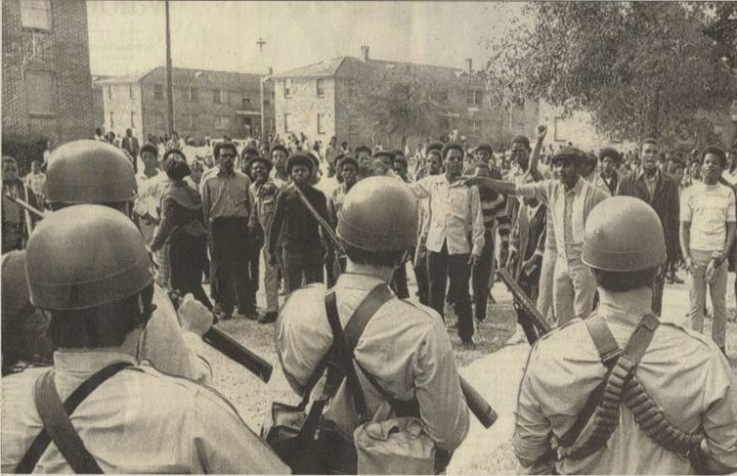 Importantly, the Black Panthers of Desire formed relationships and lived within the communities they served – as did the other Black Panther Party chapters as well. Racism, police abuse and repression, poverty, poor medical care, injustice and inhumane conditions were – and still remain to this day – the everyday conditions facing Black people, people of color and, indeed, all poor and disenfranchised people across America.

Significantly, Arend, by stepping back and allowing the stories to remain in oral history format, has gifted us with a rare and wondrous body of work. Arend earned people’s respect and trust and therefore was able to include the personal stories of so many of the players involved in 1970 in Desire: Black Panthers, community leaders, city officials, lawyers, police and “undercover” police infiltrators, and community residents themselves. 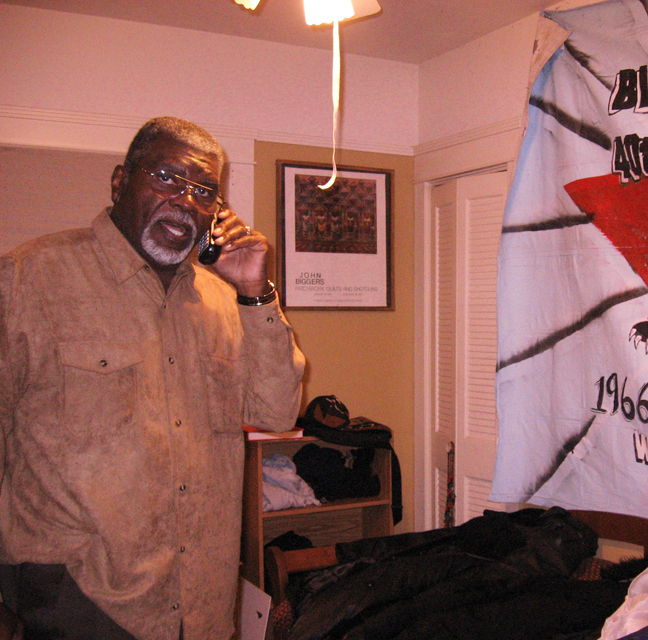 By allowing these individuals to tell their own powerful stories, unaltered, what unfolds is a well compiled, mesmerizing oral history that opens our eyes not only to conditions as they existed for those people but also how those participants perceived themselves.

What flowered from this powerful book was a coming together of all those who had been there and told their stories, a rare opportunity for sharing, growth, healing and understanding.

The challenge Arend now leaves with us is for us to recognize our humanity, reexamine our lives and the world we live in now, and to stay motivated, because the challenges we faced are still facing us now, still need to be fought and won. We must recognize the need to commit to each other as human beings, for the struggle against racism and injustice continue, the need for freedom and justice for all continues, and so we must continue. Our children and grandchildren are depending on it, and we must set the example.

Power to the People!

2) Foreword for Professor Curtis Austin’s book, “Up Against the Wall: Violence in the Making and Unmaking of the Black Panther Party”

3) “Solidarity,” an essay published in the book “Visions and Voices,” a collection edited by Kurt Peters and Terry Strauss

Elbert “Big Man” Howard is one of the original six founding members of the Black Panther Party; he served as the first editor of the Black Panther newspaper and as the party’s deputy minister of information, central committee member, coordinator of national and international support committees and spokesperson. He is also a founding member of the Police Accountability Clinic and Helpline (PACH). An activist, author and lecturer, he resides in Sonoma County and can be reached at bigman0138@aol.com.