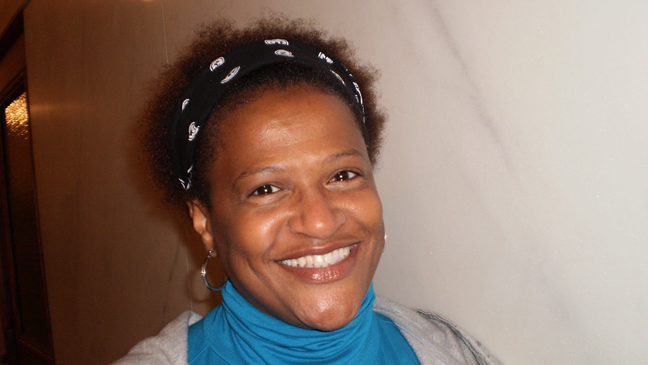 Naturally occurring asbestos (NOA), short fibers v. long fibers, hundreds of named and unidentified chemical compounds mixed with condos, parks, recreation, people and – oh, yes – a state-of-the-art stadium all at the Hunters Point Shipyard in San Francisco. Chemical compounds combined with parks and people – what is it all about?

This question was profoundly answered on Thursday, Feb. 18, when San Francisco was graced with Ms. Wilma Subra, whose credentials as a chemist, microbiologist, MacArthur Genius Award recipient, board member of EARTHWORKS and work with grassroots groups put her in the leadership of the environmental justice movement. Ms. Subra came to San Francisco via the Environmental Protection Agency’s Technical Assistance Services for Communities. After years of struggling with the mayor, the Supervisors, the San Francisco Department of Public Health, the Navy, the EPA and other public agencies and officials, finally those engaged in this struggle for environmental justice were told about this program funded through the EPA.

When her advice was requested, Ms. Subra had only about 11 days to review the 4,000-plus pages of the “Candlestick Point-Hunters Point Shipyard Phase II Development Plan Project Draft Environmental Impact Report” from the San Francisco Redevelopment Agency. She presented her comments and review to a captivated audience of some 200 persons. The audio can be found here:

The slides can be found at www.realasponse.com/wilma.ppt.

Here are just a few excerpts:

“The draft EIR provided limited information regarding the adequacy of oversight and enforcement requirements outlined in the site’s Early Transfer Cooperative Agreement and Administrative Orders on Consent, as well as the RODs [Records of Decision] and remedial designs for each parcel at Candlestick Point and HPS [Hunters Point Shipyard] Phase II. “ 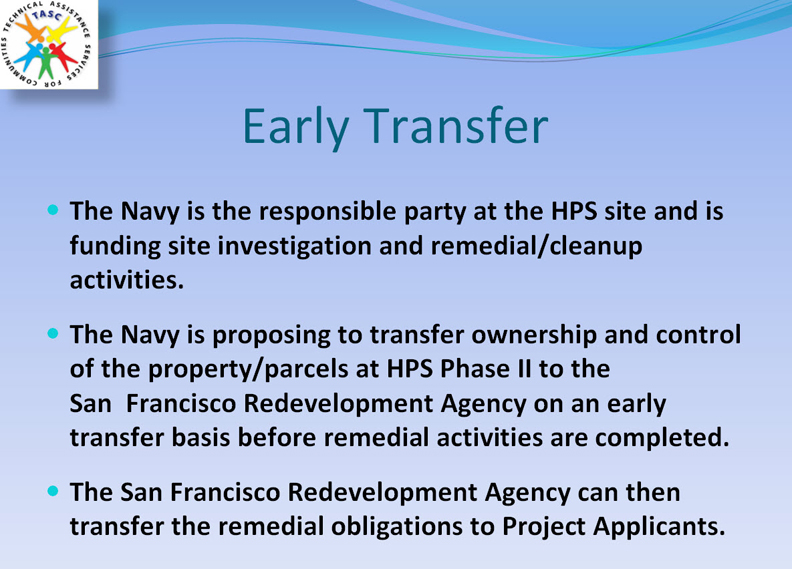 Excuse me while I pause to dry my eyes as I imagine what the hell is really going on. What a sad day we are at when in San Francisco – arguably the most beautiful city in the world – kowtows to drunken greed driven by pressuring principality political figures and others.

Why do I have to dry my eyes because in the face of all this information the Environmental Protection Agency (EPA) in San Francisco says FULL SPEED AHEAD with the process of early transfer – transfer before cleanup is complete – of the Shipyard from the Navy to the City and Lennar.

However, for the purposes of enlightening and encouraging you, the reader, to take immediate action with regard to joining this struggle to insist that San Francisco’s “political powers that be” stand up for their constituency, as well as insisting that the EPA in San Francisco live up to its name – specifically “Protection,” its middle name – and protect the future of San Franciscans by not continuing to support the theory of early transfer.

When the Titanic was facing its ultimate fate, the captain was forewarned as to the imminent danger facing his ship, but he made the decision to continue full speed ahead. Well, this is not that time and space and San Francisco is not in the hands of one captain in a position to hold back imperative information from the thousands who will be affected by decisions made in City Hall, Congress and the Pentagon.

No, San Francisco thankfully has Wilma Subra and a slew of organizations and informed community participants prepared to visit the captain at the wheel and say, “Hold on!” Our lives, our children and our future are worth more than a few promised millions of dollars in the name of so-called development which we may never see in any case.

The dirt is in the details. Dirty early transfer, dirty development, dirty politics is not the answer to any of the conditions that plague Bayview Hunters Point or San Francisco as a whole. With the economy in the state that it is in, we the people have to step up to the peddlers of political wiles and demand creative thinking to increase our city’s long term economic outlook.

Ms. Subra came to us as an uninvested economic and political adviser. Now it is our call, our time to get involved to say no to the dirty onslaught upon BVHP and San Francisco.

If you are interested in learning more, you may email me at nyesej@yahoo.com. You are invited to attend the Town Hall meetings every Thursday night at 7:30 p.m. They’re held at 195 Kiska Road in Hunters Point, San Francisco.