(NNPA) – As we see during this current recession, there is an inordinate amount of unemployment in the African-American community. Our net worth is decreasing by almost 35 percent and decades of progress are going down the tubes. Our unemployment is double and in some places triple the national average. You know it doesn’t have to be that way. 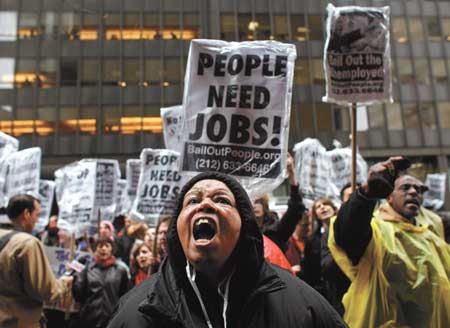 Many current organizations say we need more job training. That is ridiculous. We are already trained. The fact is we have been laid off the jobs we know how to do. What is training going to do? We need these jobs back.

No organization is looking at the key issue. That is implementing Executive Order 11246, written by President John F. Kennedy in 1962, and the enforcer of affirmative action in the workplace. There was a time when the federal government, through the U.S. Department of Labor, would be the key enforcer.

President Clinton’s first secretary of labor, Richard Reich, was a strong leader in the field. He would actively challenge corporate America in its hiring of minorities. He even kept a list, “The Bottom Ten,” where he would badger the worst minority hirers and even take them to court. Coca Cola, Bank of America, Honeywell and others met his wrath and changed their ways reluctantly.

President Clinton got a lot of pressure to stop Secretary Reich from his noble campaign. Eventually, as the second Clinton administration came in, Secretary Reich resigned rather than slow down. His successor did not attempt to emulate him and do the right thing.

The advocacy for diversity in hiring soon went away from the federal government and has not returned since. The data is kept but the action is no longer enforced. Thus, we need an outside organization that will be a true watchdog on the issue of equal opportunity in the workplace – an organization that will encourage the Office of Federal Contract Compliance of the U.S. Department of Labor to publish the data they gather from all corporations and governmental agencies so that the organization can take the bad operators to task and praise the good operators.

A very good focus in the beginning would be, through the Freedom of Information Act, to get the racial and gender data on the construction trade unions. Any way you look at all trades except general laborers and cement workers, you will detect Jim Crow style racism. The biggest shock is that the U.S. Department of Labor certifies these unions as bargaining groups even though they blatantly violate the Civil Rights Act of 1964.

It is an oversight we can no longer afford and should deal with it directly. Many traditional civil rights organizations actually support this racism with their friendliness towards these racist construction unions in exchange for a little annual funding. It hurts us tremendously – just look at the unemployment figures.

We need to get the racial and gender data on the construction trade unions. Any way you look at all trades except general laborers and cement workers, you will detect Jim Crow style racism.

This organization should be vibrant and could spawn at the collegiate level in the law schools of our campuses. They should be very high tech via internet activity and should rate all major corporations by the number of Blacks, Hispanics, Asians and women that they hire, promote and retain at all levels of management. These reports should be updated continuously and should be widely reported so that society can intelligently decide who to buy products from and support in other ways. Also, the organization should not be afraid to call itself Black – and be proud of that fact.

If it is done correctly, we can force into destruction corporations who do not do the right thing, unions who fester bigotry and governmental entities who are not accountable to the people they serve. The unemployment levels of Blacks, Hispanics and other minorities should no longer soar above the national average and equal opportunity can once again return to reality. Somehow, we have let it get away from our focus and our children are suffering from that negligence.

Black America is at a crossroads. Our “leaders” are called to the White House only during a blizzard when the federal government is closed down. The Congressional Black Caucus can only get attention during “Colored Caucus Day” when they and the Hispanic Caucus are allowed to come in one behind the other and kick around the healthcare bill – not the issue of jobs.

New leaders, it is time to step forward and begin a new era that will save our people who are being led down a very vile and dangerous path.

Harry Alford is the co-founder, president and CEO of the National Black Chamber of Commerce®. Website: www.nationalbcc.org. Email: halford@nationalbcc.org. He is also a columnist for the NNPA, the National Newspaper Publishers Association, which serves nearly 200 Black newspapers. Read more stories from the Black press at www.BlackPressUSA.com.

What we can do

First, to see how bad unemployment really is, watch the dramatic video, “The Decline: The Geography of a Recession,” by Latoya Egwuekwe, showing how unemployment has soared since January 2007. For a larger, clearer version of this video with more explanation, click here. 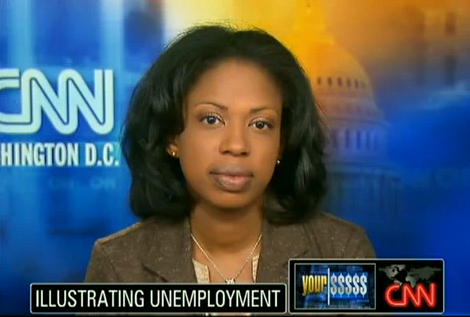 Then, support the Local Jobs for America Act, HR 4812, sponsored by Congressmen Keith Ellison of Minnesota and George Miller of California, with 139 cosponsors so far, to create nearly a million jobs in the areas that need them most.

“Unless Congress does something big to create new jobs — and soon — the situation could just keep getting worse. Each wasted day means more lost jobs, more foreclosed homes, and more medical bankruptcies — all of which will drag the economy down even further,” writes Color of Change, a large Black online political pressure group. 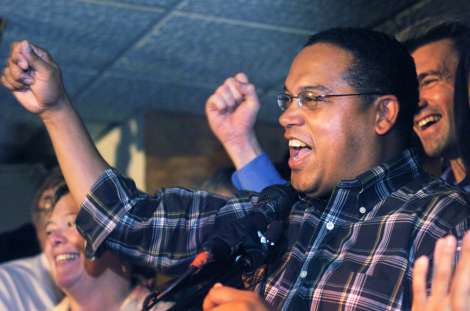 Sign the Color of Change petition to urge your Congress members to support the Local Jobs for American Act, at http://colorofchange.org/jobs/?id=2015-46534.

Finally, we should know what the Obama administration is doing to resolve this crisis. Here’s the latest press release from the White House.

by the White House Office of Media Affairs

Washington, D.C. – On Monday, April 26, President Obama took action to expand access to federal contracting opportunities for small businesses including those owned by veterans, women, minorities, and those based in historically underserved communities. The president established the Interagency Task Force on Federal Contracting Opportunities for Small Businesses and the Interagency Task Force on Veterans Small Business Development to monitor government contracting with small businesses and to examine efforts to increase participation in federal opportunities.

Small businesses are a critical part of our economic engine, and including them as full partners in government contracting and procurement remains vital to our continued recovery and efforts to create jobs and expand economic opportunities. With the federal government operating as the world’s largest purchaser of goods and services, with annual purchases totaling more than $500 billion per year, small businesses must have a fair opportunity to participate in the Federal contracting process.

“This is part of a truly comprehensive effort to expand opportunities to America’s small businesses,” Commerce Secretary Gary Locke said. “The new task forces are just the next steps in our small business outreach initiatives.” 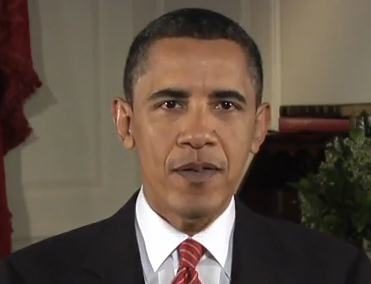 The task forces will monitor efforts to provide information about government contracting, assist with capital access and mentoring, match small business to larger contracting firms and monitor statutory goals set for small businesses. In addition to an overall goal to award at least 23 percent of all federal prime contracting dollars to small businesses, Congress has established goals for other small businesses including those owned by women, minorities, socially and economically disadvantaged persons, and service-disabled veterans. These aspirational goals help ensure that all Americans share in the jobs and opportunities created by federal procurement.

“Small businesses are the engines that drive our economy. If we give them the tools they need, they will create the jobs Americans need,” said Administrator Karen Mills of the Small Business Administration. “The work of these task forces will build on the efforts of the past year that have resulted in more than 29 percent of Recovery Act dollars going to small businesses.”

“Brave men and women serving in uniform today represent less than 1 percent of our population, but they have been shouldering the heaviest burden of our nation’s security and safety for over eight years,” said Secretary Eric Shinseki of the Department of Veterans Affairs. “We all need to remember that veterans have earned the opportunity to become entrepreneurs as small business owners.”

Establishment of these task forces is an acknowledgment that for far too long we have not done enough to assist small businesses interested in doing business with the federal government. However, there is an appreciation for the challenges faced by small businesses which include a lack of information about contracting opportunities and the lack of capacity to place bids. We have seen some success with small business contracting through the Recovery Act, but there is more to do.

Since summer 2009, more than 300 outreach events have been conducted across the country to educate small and minority businesses about accessing Recovery Act opportunities. Capacity issues for small business have also been addressed. For example, Secretary Ray LaHood of the Department of Transportation sent correspondence to all 50 governors last year asking them to break up their large Recovery Act contracts for roads, bridges and other transportation infrastructure jobs so that small businesses might be able to bid to capacity. Similar steps will be taken through the task forces.

Also, in the spirit of transparency championed by the administration, a website will be created this summer to report on all federal government procurement activity with small businesses.

Interagency Task Force on Federal Contracting Opportunities for Small Business: Established by presidential memorandum, this task force is co-chaired by Peter Orszag, director of the Office of Management and Budget, Secretary Gary Locke of the U.S. Department of Commerce, and Administrator Karen Mills of the U.S. Small Business Administration. The task force will be required to take a number of steps to improve transparency in federal contracting data and expand outreach to small businesses, with a particular focus on small businesses owned by women, minorities, socially and economically disadvantaged individuals, and service-disabled veterans.

The segment begins 22 seconds in.