On the morning of July 15, I spoke to William Mitchell Law Professor and international criminal defense attorney Peter Erlinder about the grisly assassination of Democratic Green Party of Rwanda Vice President Andre Kagwa Kwisereka. Kwisereka was found beheaded, with a machete left nearby, near Butare, Rwanda, on July 13, 26 days after Professor Erlinder’s release in Rwanda, where Rwandan President Paul Kagame’s regime had arrested and incarcerated him for three weeks. Erlinder had traveled to Rwanda to defend Victoire Ingabire Umuhoza, Rwanda’s FDU-Inkingi party leader and presidential candidate, only to be arrested and accused of “genocide ideology,” which means disagreeing with Rwanda’s official history of the 1994 Rwanda Genocide and/or with the regime of Rwandan President Paul Kagame.

“No one knows for sure whether he was assassinated by Rwandan Patriotic Front operatives, but we do know that lawyers put themselves in danger by defending people whom the RPF have identified as their enemies.”

Professor Erlinder put himself in great danger by traveling to Rwanda, and says that he would have been “disappeared” had he not sat down, started hollering, demanded to speak to the U.S. Embassy, and made the sort of scene that white Americans feel empowered to make, in the Kigali hotel where he had been arrested. Professor Mwaikusa, however, put himself in far more danger and paid the ultimate price, along with a nephew and neighbor who attempted to come to his defense.

Professor Erlinder and Professor Mwaikusa were both towering, world renowned legal scholars, teachers and human rights defenders, but Professor Erlinder was an American who survived, Professor Mukwaisa an African who paid with his life. His assassins no doubt knew that, though their stature and accomplishments were similar, the international outcry and consequence would not compare.

As U.S. citizens, we are complicit in Professor Mwaikusa’s death because President Paul Kagame’s Rwanda is the highest per capita recipient of U.S. aid in Africa.

Thanks to Professor Charles Kambanda for sharing his thoughts on Professor Mwaikusa and his legacy. – Ann Garrison

The identity, motive and/or sponsors of Professor Jwani Mwaikusa’s assassins, in Dar es Salaam, Tanzania, may remain “unknown,” meaning “unproven,” for some time, but Professor Mwaikusa’s friends and colleagues know that whoever was responsible deprived the legal fraternity and the entire human race of an irreplaceable, independent and incorruptible mind.

We will remember his extensive knowledge of philosophy and law, his both Cartesian and naturalist legal theory, his deep humanity, his great sense of humor and his courageous, landmark work at the International Criminal Tribunal on Rwanda (ICTR). Professor Mwaikusa contributed much of his valuable time to defending the accused at the ICTR. His concise and precise objections to any inadmissible evidence or testimony was his unique contribution. The quality of his research in preparation for his court appearances will also remain an ICTR landmark.

In order to defend his clients, Professor Jwani Mwaikusa, a Tanzanian by birth, inquired into Rwanda’s social and political environment prior, during and after the 1994 genocide. His findings led him to a crucial conclusion that “both parties to the Rwandan Civil War within which the 1994 genocide surfaced committed international crimes.” This conclusion, which he referred to as “the bitter truth,” deeply angered Rwandan President Paul Kagame and his top Rwandan Patriotic Front officers and officials, and they have thus, inevitably, become suspect in his death. 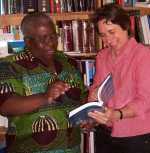 Professor Mwaikusa often argued that by not prosecuting Rwanda Patriotic Front/Army (RPF/A) senior officers who allegedly committed crimes, the ICTR was acting in contravention of its own founding treaty. He insisted that there is overwhelming evidence, collected by private investigator and former ICTR Prosecutor Carla Del Ponte for RPF/A senior officers to be prosecuted by the ICTR before the court closes. He did not mince words about the Kagame regime’s political meddling into the International Court’s affairs and administration of justice in particular, and warned that the ICTR risks leaving a legacy of “victor over vanquished” justice. The liberty with which the Rwandan regime exerted pressure on the ICTR meant, in his view, that international justice was being replaced by international politics and diplomacy.

When Kagame’s government jailed Professor Peter Erlinder, Professor Jwani Mwaikusa spoke out. He condemned the move and said that it was a “strategy” to deprive the ICTR of independent defense attorneys. Professor Mwaikusa worried that it would be a matter of time before he too would be in a Rwandan jail for the same reason. Now we can only speculate as to whether he had any premonition that his own fate would be even more harsh and final, or that a nephew and a neighbor would both die attempting to come to his defense.

In a landmark case at the ICTR in which the Kigali regime and the prosecutor at the ICTR sought to transfer some of the ICTR’s cases to Rwanda, Professor Jwani Mwaikusa convinced the court that the defendants had no chance of a fair trial in Rwanda. He also successfully argued that the regime in Rwanda lacked the moral authority to try its former political rivals because there is too much evidence that leaders in the Kigali regime are guilty of the same crimes. 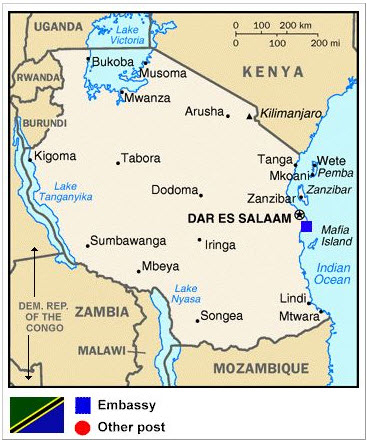 Professor Jwani Mwaikusa accused the Kagame regime of twisting the terms of the U.N. resolution that instituted the ICTR. He argued that the U.N. Security Council used the term “Rwandan Genocide” knowing that extremists from both of the two rival ethnic groups committed atrocities against the other, but that the Kagame regime uses the term “Tutsi genocide” to water down the regime’s role in the atrocities.

“Robbery gone wrong” is not an option in the professor’s assassination because the assassins did not depart with anything of monetary value. The assassins stole his ICTR case-related documents. By coincidence or design, the manner in which Professor Jwani Mwaikusa was assassinated is not different from the way some other critics of the Kagame regime met their death. Seth Sindashonga and Major Theoneste Lizinde, both strong critics of the Kigali regime, were assassinated in 1998. The two had sought refuge in Kenya. Journalist Jean Leonard Rugambage was assassinated on June 24 after writing that Kagame had ordered the assassination attempt on Rwandan exile Gen. Kayumba Nyamwasa. A week later, Professor Mwaikusa, a strong critic of the Kigali regime, was gunned down. On the same day, Democratic Green Party of Rwanda Vice President Andre Kagwa Rwisereka was beheaded near Butare in southern Rwanda.

The perpetrators remain unknown, but the United Nations secretary general, on July 15, called for an investigation into the deaths of Jean Leonard Rugambage and Andre Kagwa Rwisereka. He has not yet ordered an inquiry into Professor Mwaikusa’s assassination, but one is certainly called for, discomfiting as the truth may be to some of the world’s most powerful people.

Professor Charles Kambanda is an American of Rwandan origin and a former professor of law, business and philosophy at Makarere University in Kigali, Rwanda, where both the Umuseso newspaper editor and Democratic Green Party of Rwanda President Frank Habineza were his students. He was once a member of Rwandan’s ruling Rwandan Patriotic Front Party. He first met Professor Jwani Mwaikusa in 2001 when they were both teaching at the University of Dar es Salaam and they remained friends from that time on. Professor Kambanda is now involved in research on Rwanda’s ongoing social and political conflict. He can be reached at kambacha@yahoo.com.