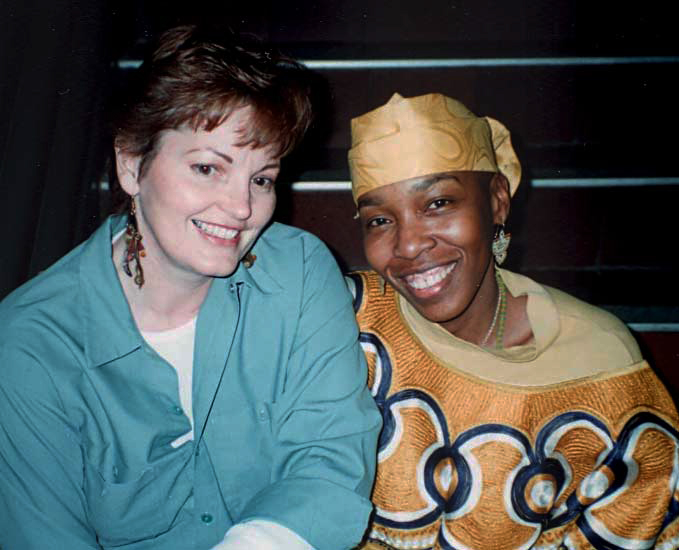 Would you hang on a cliff’s edge
sword-sharp, slashing fingers
while jackboot screws stomp heels
on peeled-flesh bones
and laugh
“let go! die, damn you, die!”
could you hang on 20 years, 30 years?

Marilyn Buck wrote this poem for Black August 2000. She was released July 15, 2010, after 25 years as an anti-imperialist political prisoner. Then suddenly, only 19 days later, she was gone. Her comrade and fellow former political prisoner Linda Evans broke the sad news: “Our dear comrade Marilyn Buck made her transition yesterday (Aug. 3, 2010) at 1 p.m. EST peacefully and surrounded by friends.” Sister Marpessa Kupendua wrote: “Former political prisoner Marilyn Buck made her transition. Peace and blessings be upon her revolutionary soul! Let her passing motivate us to be on point for all those denied medical care within the walls. Serious illnesses ARE death sentences! Much respect to her struggle on our collective behalf and all those who loved her so strong in her final days!”

Marilyn Buck was a former political prisoner and prisoner of war. Along with Mutulu Shakur, she was responsible for the liberation of Assata Shakur from prison in 1979. She later went underground. An article in Kersplebedeb goes on to state:

“In the ‘60s Marilyn participated in protests against racism and the Vietnam war. In 1967 she became part of Students for a Democratic Society. Marilyn became part of a radical filmmaking and propaganda collective, showing the films as an organizing aid at community meetings, high school groups, workers’ committees and in the streets. She also participated in international solidarity groups supporting the Vietnamese, Palestinians and the Iranian struggle against the Shah. She worked in solidarity with Native Americans, Mexicano and Black liberation struggles.

“As a direct result of all of this activity, she became a target of COINTELPRO. In 1973, she was arrested and convicted of buying two boxes of bullets. Accused of being a member of the BLA [Black Liberation Army], she was sentenced to 10 years, the longest sentence ever given for such an offense at the time. In 1977 she was granted a furlough and never returned, joining the revolutionary clandestine movement. In 1985 she was captured and faced four separate court trials. She was charged with conspiracy to support and free PP/POWs [political prisoners and prisoners of war] and to support the New Afrikan Independence struggle through expropriations. In 1988 she was indicted for conspiracy to protest and alter government policies through use of violence against government and military buildings and received an additional 10 years for conspiracy to bomb the Capitol.

‘Marilyn died today not in the hospital but at Soffiyah Elijah’s house, her close friend and attorney, with her friends around her. The Federal Bureau of Prisons and the U.S. criminal injustice system killed Marilyn by denying her adequate medical care, careful diagnoses and timely treatment for her cancer. They allowed the uterine cancer to spread until it was inoperable. And they made her serve every single day of her sentence that they could for her “heinous crimes” of actively supporting the Black liberation struggle, aiding in the escape of comrade Assata Shakur, participating in military political actions against U.S. wars at home and abroad and remaining defiant and opposed to the U.S. imperialist racist system every day that she was inside the belly of the beast. Marilyn Buck, presente!’”

This story was originally posted at Kasama.

Austin — Friends of long-time political prisoner, former Austinite and acclaimed poet Marilyn Buck, 62, were saddened by news of her death at the home of her attorney, Soffiyah Elijah, early Tuesday, Aug. 3. 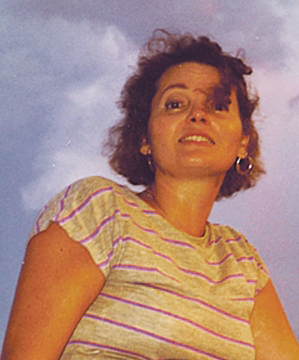 Buck was released from the federal prison medical center in Carswell, Texas, July 15, 2010, and was paroled to New York City.

Buck served 25 years of an 80-year prison sentence for politically motivated crimes undertaken in opposition to racial injustice and U.S. imperialism. As a prisoner, Marilyn, while moderating her ideas about methods, continued to stand tall for her beliefs.

A selfless advocate for others, especially in the arena of prison medical care, Marilyn was diagnosed late last year with a uterine sarcoma, a rare and aggressive cancer, too late for treatment to save her life.

While attending the University of Texas at Austin, Buck became involved in the civil rights and anti-war movements, and worked with SDS and the underground newspaper, The Rag. In the following years she became increasingly committed to and active in support of the Black liberation struggle in this country.

Buck is survived by three brothers; several cousins; her long-time counselor, Jill Soffiyah Elijah; and loving friends worldwide. Her parents, Dr. and Mrs. Louis Buck, who both pre-deceased her, were leading civil rights activists in Austin in the early 1960s.

According to sources close to Marilyn’s family, there will not be a funeral, but memorial gatherings will be scheduled in the future in New York City, in California’s Bay Area, and in Texas. Funds raised for her hoped-for transition to the free world that had not been dispersed at the time of her death will be used according to her wishes to assist other aging prisoners.

The size of the U.S. prison population guarantees that increasing numbers of those released after lengthy sentences will lack savings, health insurance or the network of friends from all walks of life that sustained Marilyn — and benefited from her generous, principled spirit — throughout her years behind bars.

Marilyn Buck was the recipient of funds raised at a June 25 community support event and benefit in Austin hosted by eight local groups, including NOKOA the observer and The Rag Blog, and supported by many businesses, artists, poets and compassionate individuals.

Youth Emergency Service, Inc., fiscal sponsor for the event, will continue to accept tax deductible contributions through PayPal at its website, or by check or money order, made out to YES, Inc., at P.O. Box 13549, Austin, TX 78711.

This story originally appeared at The Rag Blog.