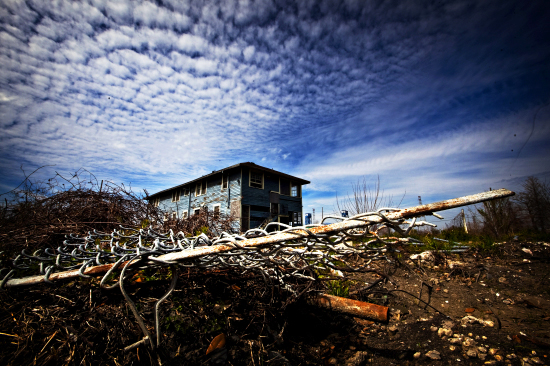 It will be five years since Katrina on Aug. 29. The impact of Katrina is quite painful for regular people in the area. This article looks at what has happened since Katrina not from the perspective of the higher ups looking down from their offices but from the street level view of the people – a view which looks at the impact on the elderly, the renter, people of color, the disabled, the working and non-working poor. So, while one commentator may happily say that the median income in New Orleans has risen since Katrina, a street level perspective recognizes that is because large numbers of the poorest people have not been able to return.

Five years after Katrina, tens of thousands of homes in New Orleans remain vacant or blighted. Tens of thousands of African American children who were in the public schools have not made it back, nor have their parents. New Orleans has lost at least 100,000 people. Thousands of elderly and disabled people have not made it back. Affordable housing is not readily available, so tens of thousands pay rents that are out of proportion to their wages. Race and gender remain excellent indicators of who is underpaid, who is a renter, who is in public school and who is low income.

In short, the challenges facing New Orleans after Katrina are the same ones facing millions of people of color, women, the elderly and disabled and their children across the U.S. Katrina just made these challenges clearer in New Orleans than in many other places. Here is where we are five years later.

Five years after Katrina, the most liberal estimates are that 141,000 fewer people live in the metro New Orleans area. The actual population changes will not be clear until official Census Bureau findings are released in November, but it is safe to say that over 100,000 fewer live in the City of New Orleans. 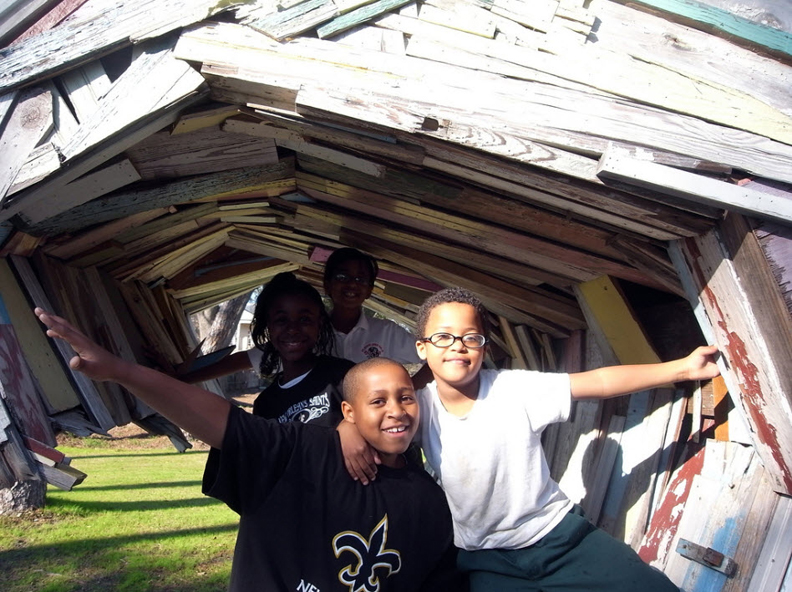 Louisiana residents are located in more than 5,500 cities across the nation, the largest concentrations in Houston, Dallas, Atlanta and San Antonio. A majority of displaced residents are women – 59 percent compared to 41 percent men. A third earn less than $20,000 a year. Source: Dana Alfred, “Where Did They Go and Are They Coming Back?” Louisiana Disaster Recovery Corps, 2007.

More than one in four residential addresses in New Orleans is vacant or blighted – by far the highest rate in the U.S. Though the numbers have been reduced somewhat in the last three years, 50,100 residential properties in New Orleans remain blighted or have no structure on them. Source: Greater New Orleans Community Data Center (GNOCDC), “Benchmarks for Blight,” May 7, 2010, and Michelle Krupa, “Blighted Houses in New Orleans Dropping Steadily,” Times Picayune, May 10, 2010.

About 58 percent of city renters and 45 percent of suburban renters pay more than 35 percent of their pre-tax household income for housing. Households should spend less than 30 percent of income on housing. Anything over 30 percent means that housing is not really affordable for that family and they are likely to cut back on other necessities. Source: GNOCDC, “Housing in the New Orleans Metro,” Oct. 13, 2009. 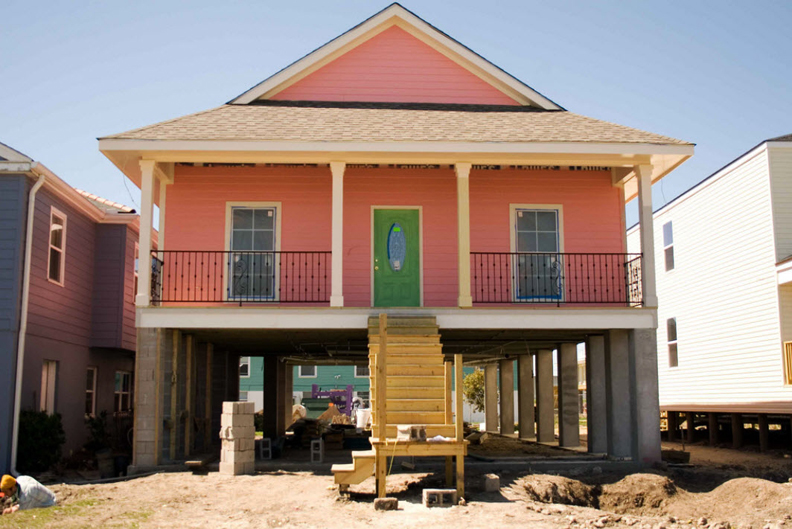 The Greater New Orleans Fair Housing Action Center filed suit in 2008 against state and federal agencies charging that the grant policy was racially discriminatory and that Black homeowners received far smaller grants than white homeowners. The judge in that case has opined that “on average, African-American homeowners received awards that fell farther short of the cost of repairing their homes than did white recipients” and, while noting the parties’ commitment to rebuilding New Orleans, found it “regrettable that this effort to do so appears to have proceeded in a manner that disadvantaged African-American homeowners who wish to repair their homes.” Source: PolicyLink, “A Long Way Home,” 2008, and Greater New Orleans Fair Housing Action Center.

The metro area has 95,000 fewer jobs than before Katrina, down about 16 percent. Source: GNOCDC and Brookings, “The New Orleans Index at Five,” August 2010.

New Orleans has a poverty rate of 23 percent, more than double the national average of 11 percent. But because of the loss of people in New Orleans, there are now more poor people living in the surrounding suburban parishes than in the city. Source: 2008 Census Bureau, ACS; GNOCDC, “Who Lives in New Orleans Now?” October 2009.

Within New Orleans, the majority of households are lower-income.

The number of students in public schools in New Orleans, which are over 90 percent African American, has declined by 43 percent since Katrina. Source: Southern Education Foundation (SEF), “New Orleans Schools Four Years After Katrina.”

But an average increase of 5 percent a year in enrollment for the last two years – 35,976 to 38,051 from 2008-2009 alone – indicates that people whose children attend public schools continue to return as housing and employment opportunities allow. Source: Louisiana Recovery School District.

In 2008, 85 percent of white students in New Orleans attended private schools, one of the highest percentages in a major city in the U.S. Source: SEF.

Over one-third of Social Security recipients who lived in New Orleans have not returned. There were 74,535 in 2004 and 47,000 in December 2009. Source: U.S. Social Security Administration.

Medicaid recipients have declined by 31 percent: Pre-Katrina enrollment in Medicaid in New Orleans was 134,249. December 2009 enrollment was 93,310. Source: Louisiana Department of Health and Hospitals.

Total ridership declined 65.7 percent, from over 33 million in 2004 to about 13 million projected for 2010. Source: Regional Transit Authority.

Violent crimes and property crimes have risen in New Orleans since Katrina and remain well above national rates. Source: GNOCDC and Brookings, “The New Orleans Index at Five,” August 2010.

Speaking of crime, there have been at least 348 intentional fires set in the Gulf of Mexico – controlled burns, they call them – since the BP spill. Source: “Deepwater Horizon Response,” July 14, 2010. 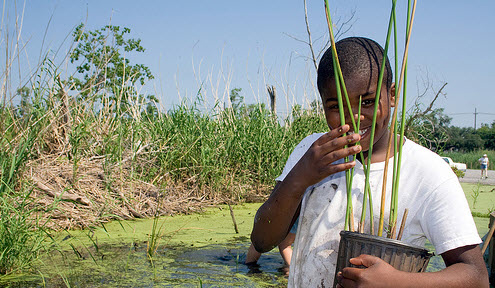 About 1.8 million gallons of chemical dispersant have been dumped into the Gulf, over a million on the surface and about 750,000 gallons sub-sea. Source: Marianna Nash, “Scientists Dispersant Concerns Remain,” CNN, July 28, 2010.

Since 1956, when measurements began, 23 percent of the coastal wetlands have converted to open water. Source: GNOCDC and Brookings, “The New Orleans Index at Five,” August 2010.

The challenges of post-Katrina New Orleans reflect the problems of many urban and suburban areas of the U.S. – insufficient affordable rents, racially segregated schools with falling populations, great disparities in income by color of households, serious pollution from remote uncaring corporations, and reductions in public services like transportation. Katrina made these more visible five years ago and continues to make a great illustration of the U.S. failures to treat all citizens with dignity and our failure to achieve our promise of liberty and justice for all.

Bill Quigley is legal director of the Center for Constitutional Rights. Bill and Davida Finger are law professors at Loyola University New Orleans. Lance Hill is executive director of the Southern Institute for Education and Research at Tulane University. You can reach Bill at quigley77@gmail.com, Davida at dfinger@loyno.edu and Lance at lhill@tulane.edu.