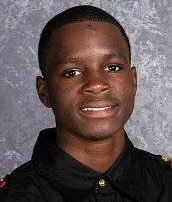 Jimon Clark, a young bright Black male, 13 years old, was executed on the mean streets of East Oakland on Wednesday, Aug. 25, 2010. His execution was a one-day news story. His young life was so much more. There has been no recognition of the loss the Black community has suffered.

We cannot afford to continue to lose young Black men. Parents do not discipline them. Our schools do not educate them. Businesses do not hire them. Police do not protect them.

We cannot afford to continue to lose young Black men.

I have three young grandsons, two of whom are 14 years old. I am concerned about their lives in Oakland. My sons are considering leaving this city because we allow the killers of young Black people to roam free. We present the citizens of Oakland false choices rather than hard choices.

We debate whether to pay police more money rather than whether to demand accountability from those we already overpay. Daily, we talk about demanding that our teachers be held accountable. Why do we not demand that our police are held accountable? How many murders have they solved this year? What is the ratio of murders committed to murders solved? How has this ratio changed over time? What is its relationship to the number of police on the force?

Murders are not solved in Oakland, yet we debate whether to pay police more money or how can we afford more police. No one has made the case that more police will result in the conviction of more criminals.

We debate whether to pay police more money rather than whether to demand accountability from those we already overpay.

Jimon’s story is so ordinary for Oakland that little notice was paid to its occurrence. There was little outrage, beyond his immediate family. Our churches took scant notice.

The Black community made no demands on our police force. Our political leadership is silent. Jimon’s death was the sixth homicide within the week. The only debate was about the police layoffs and the proposed parcel tax.

There has been no arrest. The police are silent. There is little evidence that our police force saturated the crime scene and its environs. A lone gunman in such a sparcely populated area could have and should have been apprehended. The city of Oakland should offer a $50,000 reward. The police should saturate the area.

The local churches should help solve this crime. Someone knows who did it. Let’s find that person. This paper calls for action.

Where is our leadership? Why do we react less when a young Black man is executed on our streets than we did when a BART policeman murdered Oscar Grant? Most of us know that if this young man had lived in the hills and if he were white, this would be a national story. This is a crime that must not go unpunished. The killer is known.

If the quality of our police force were better, this would not be an unsolved crime. If we had enough police who live in Oakland, they could saturate the crime area, talk to everyone who knew Jimon and the killer would be found.

Black churches, this is your issue. 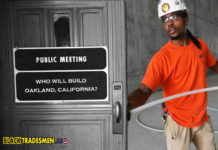