Activists vow to keep pressure on Obama to drop Kagame 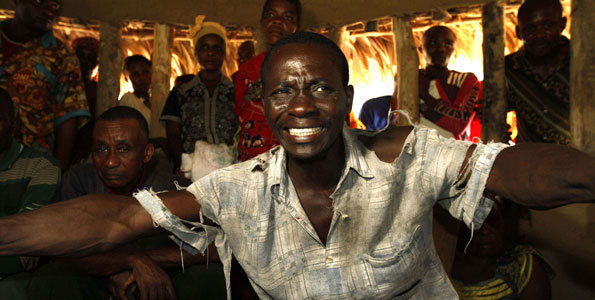 Washington D.C. – A spreading coalition of American based grassroots and human rights organizations who focus on the Great Lakes Region of Africa has congratulated the U.N. on its recently leaked bombshell study of the Democratic Republic of the Congo. The coalition is frequently critical of the actions of Rwandan President Paul Kagame and has labeled this U.N. report the “straw that will break the camel’s back” and show the world Kagame’s true face. The group says it now expects President Obama to live by his July 2009 speech in Accra, Ghana, and to terminate Washington’s cozy relationship with Rwanda’s strongman.

The coalition’s “last straw” characterization is significant. Countless Kagame critics have noted a wide variety of abuses by his government over the years, but never before has an international organization so thoroughly documented the war crimes, crimes against humanity and potential genocide committed by Kagame’s troops in the Congo. These heinous crimes have been known for years, but the new spotlight, coming so soon after the recent false elections won by Kagame, show that the international community is now clearly focused on his autocratic regime.

The critics’ allegations make a very long chronological list: It begins as far back as 1979, with the charge that Kagame aided and abetted Ugandan rebel leader, and now President, Yoweri Museveni, to plunge Uganda back into an atrocities-ridden bush war during the early 1980s – all because Museveni lost the 1979 presidential election to Milton Obote.

Subsequent allegations include that Kagame and other Tutsi exiles next used Museveni’s troops to invade Rwanda in a civil war that lasted from 1990-1994, when, despite his current deification as the savior who ended the genocide, Kagame also committed war crimes in that conflict.

The fourth allegation focuses on Kagame’s repressive rule of Rwanda since 1996. What French academic Gerard Prunier has called “a very well-managed ethnic, social and economic dictatorship” is prominent on the alleged crimes list. Nor is it just Kagame’s critics. Significantly, even The Economist has admitted that Kagame “allows less political space than Mugabe.”

However, the list’s greatest shame is Kagame’s depredations inside the Congo. In 1996 he invaded to achieve two goals: hunt down Hutus and topple Zairian dictator Mobutu Sese Seko, replacing him with rebel leader Laurent Kabila. 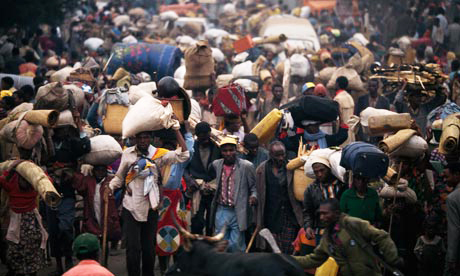 Shockingly, Kagame invaded the Congo again in 1998. The reason this time? Here is how journalist Howard W. French explains it: “After Kabila ordered the Rwandan troops to leave in 1998, Kagame responded with a new and even larger invasion of the country.”

Plunder of the Congo’s rich mineral resources is also alleged as a Kagame crime. Rene Lemarchand has concluded that “continued access to the Congo’s economic wealth” is the real motive why Kagame continues to wage direct and proxy war inside the Congo. Supporting evidence of plunder has come not just from globally-respected experts such as Thomas Turner, but also from the U.N. and the South African Institute for Security Studies.

Belying its innocuous title, “Democratic Republic of the Congo, 1993-2003,” the 545-page U.N. report uncovers shocking atrocities and war crimes. The report infuriated Rwanda even before its official release. On Thursday, Aug. 27, the draft was leaked to French newspaper Le Monde and to The New York Times. This preemptive action was taken by anonymous U.N. bureaucrats who fear that U.N. Secretary-General Ban Ki-moon and other high-ups were moving to water down the damning findings to keep Mr. Kagame happy.

While it does finger others, the study’s most incendiary charges pertain to Rwanda. In a nutshell, evidence uncovered at about 25 percent of 617 sites across the Eastern Congo shows that General Kagame’s troops, together with troops led by the late Laurent Kabila, relentlessly hunted down fleeing Hutu refugees across vast swaths of rain forest and then cold-bloodedly killed tens of thousands.

Lining up disarmed Interahamwe, even if they were genocidaires, and then summarily executing them violates due process even in wartime. According to the U.N. report, the Kagame and Kabila forces did much worse: At several sites, troops painstakingly separated out Hutus and then methodically murdered every one – even women, children, and old men. Nor did they spare Hutus who were Congolese.

Weighing their findings, the expert authors reach a damning conclusion: that the atrocities, provided they are proven in a competent court, would constitute genocide against Hutus. The inescapable implication is that President Kagame could be legally proven to be a genocidaire.

It is this Kagame history that is prompting the U.S. coalition to raise expectations that President Obama must live by his own rhetoric and use the U.N. report to distance his administration from Mr. Kagame.

What the U.N. report exposes is only the tip of a massive iceberg. To switch metaphors, that iceberg must become, for Obama, the straw that breaks the back of Washington’s cozy relationship with Kagame. As American voters and taxpayers, the coalition intends to make sure this happens.

The coalition insists that now is the time to change the policies of the U.S. and other countries toward Rwanda. It pledges to back up its position by expanding across the U.S. to build a potent grassroots movement of U.S. voters which will hold to the fire not just the feet of the administration, but also those of the many prominent Americans who have been codling Rwanda’s strongman – in apparent mockery of President Obama’s adamant insistence that “Africa does not need strongmen.”

The coalition is believed to be relying on two weapons: exposing the truth and forcing American leaders to show where they stand. The first strategy aims to show the world that the dominant narrative of the 1994 Rwanda genocide – that Gen. Kagame is the pristine, disciplined liberator who ended the horror and has since been building a clean, prosperous, reconciled African nation – is riddled with big falsehoods. 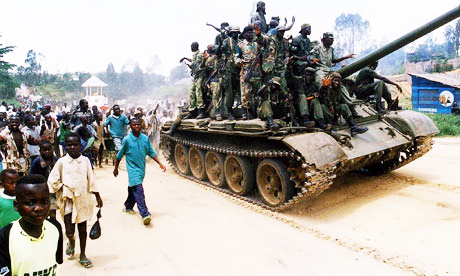 The coalition asks: How can America continue to support a leader who is clearly not democratic and who is now officially an alleged war criminal and potentially a genocidaire? And why, since 2000, has Washington given Mr. Kagame more than a billion dollars of U.S. taxpayers’ money? Will this distribution from American citizens continue?

Friends of the Congo spokesperson Kambale Musavuli said, “The U.S. Congress should hold hearings on the U.N. report in light of the serious violations of human rights, crimes against humanity and possible genocide that it documents by U.S. ally Rwanda.”

As soon as the report was leaked, Kagame threatened to remove all of Rwanda’s international peacekeepers. Observers say this would have the greatest impact in Darfur, where a Rwandan officer heads the peacekeeping troops that include a large Rwandan contingent. Significantly, Sudan holds a crucial separation referendum early next year.

Rwanda’s threat sent U.N. leaders scrambling. U.N. High Commissioner for Human Rights Navi Pillay delayed the official issuing of the report till Oct. 1, saying that she was giving a chance to Rwanda and other implicated parties to comment on the report.

It also emerged that U.N. Secretary General Ban Ki-moon made numerous attempts to persuade Pillay to rid the U.N. report of passages Kigali finds objectionable, particularly the finding that Kagame may have committed genocide. One U.N. source candidly admitted to journalist Howard French, “Voices have said, ‘Can’t we just delete the genocide references? Isn’t this going to cause a lot more difficulties in the region?’ But these voices have not carried the day.”

Clearly the U.N. still has a long way to go on reform when it comes to impunity and accountability.

Kitty Kurth, spokesperson for coalition member the Hotel Rwanda Rusesabagina Foundation, spelled this out: “First and foremost, we are watching and expecting the Obama administration to ensure that the U.N. does not significantly change the experts’ findings. We have scrutinized every word and phrase in the draft. We will hold policy makers responsible for any substantive changes that occur.”

Observers are watching closely to see how events unfold at the U.N. and in Washington this time.

Now You know: Paul Kagame could be charged with genocide

For more information, contact Kitty Kurth of the Hotel Rwanda Rusesabagina Foundation at (312) 617-7288 or kitty@kurthlampe.com.