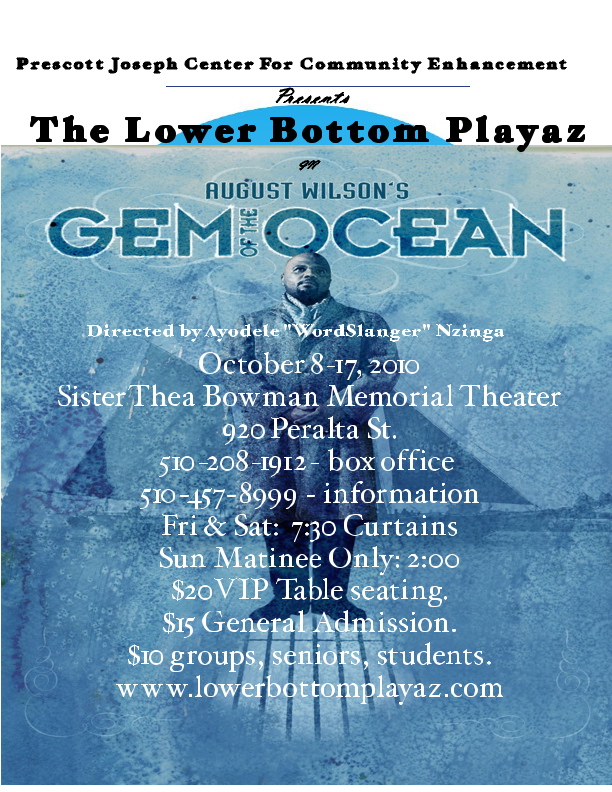 Drama plays a very important role in society. It allows people to learn lessons without having to suffer the consequences of making a bad decision. I like it especially in its raw theatrical form in comparison to tv drama. Ayodele Nzinga is promoting a legendary August Wilson play in West Oakland. Check out what she has to say about “Gem of the Ocean.”

M.O.I. JR: Can you tell us a little bit about August Wilson and his play that you are directing?

Ayodele: August Wilson is one of the most if not the most important playwright of the 20th century. He should be remembered as much for his clarity in direction and message as for his inestimable talent as a writer. His “Pittsburgh Cycle” pens the 20th century North American African experience from one side of the water to the other through gentrification and trauma of the recurrent loss of geographical space.

“Gem of the Ocean” is the first play in the 10-play cycle, with “Radio Golf” being the final installment. He wrote “Gem” in 2003 and “Radio Golf” in 2005, creating the book ends for an unrivaled historical drama for the stage, a seminal North American African work for American theater.

“Gem” has received mixed reviews as have Mr. Wilson’s views on Black Theater. I am in awe of both Wilson and the beautiful lyrical journey that is “Gem of the Ocean.” Learn more about the Lower Bottom Playaz’ production at http://anzinga.wordpress.com/2010/09/27/gem-of-the-ocean/.

M.O.I. JR: How did you start directing, and who are the Lower Bottom Playaz? 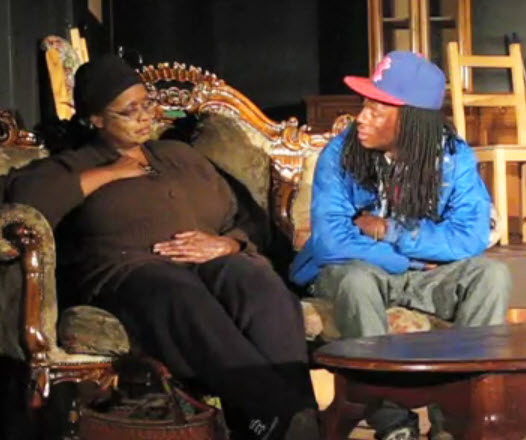 Ayodele: I am a student of the Black Arts Movement. I wrote and directed my own full length play while in high school. I apprenticed with the best in Bay Area Black theater: Nora Vaughn, Ron Stacker-Thompson and Winston Young in various capacities, including performer, assistant director and associate producer.

The transitioning to directing as a separate discipline came with the production of Marvin X’ “In the Name of Love,” a full length dramatic ritual that traveled the Bay briefly after being produced by Laney’s now defunct Afro-American Theater class. I grew immensely in the trenches during the several years I served as the artistic director of X’ “One Day in the Life,” the longest running Black Theater piece in North America.

Being ready to be in the driver’s seat and the opportunity to direct in my own house coincided in my acceptance of an artistic residency with the Prescott Joseph Center for Community Enhancement in West Oakland. When I became the dramaturge in residence at the Sister Thea Bowman Memorial Theater, which was built by the Prescott Center to accommodate my work, I became a full fledged director in all senses of the word, responsible for the theater and the work it produces.

My troupe, The Lower Bottom Playaz, have been the vehicle for staging work I choose to direct for the last 10 years. They are the cornerstone of my artistic practice and the flagship of my accomplishments in the arts.

The Lower Bottom Playaz are bar none some of the finest performers in the Bay Area, all multi-disciplined, with their own followings, most of whom have been associated with me for years in various capacities. We have and will continue to bring you some of the finest theater anywhere while we concentrate on illuminating the issues that concern the communities we represent when we claim the banner, “Community Theater.” The Lower Bottom Playaz are WordSlanger’s troupe; that makes them the people’s theater troupe.

M.O.I. JR: Can you tell us a little bit of history about the theater where this play will be held?

Ayodele: The Sister Thea Bowman Memorial Theater was built in 2001 in the backyard of the Prescott Joseph Center for Community Enhancement. I have been the theater director at the Sister Thea since it was constructed and my troupe, The Lower Bottom Playaz, have been in residence there since 2001.

The theater is named after a remarkable North American African nun who was a force for the upliftment of Africans in America and abroad. She was also an immensely talented patron of the arts. She is our patron saint, Our Lady of the Theater Sister Thea Bowman. Through us, we hope to carry on her good works.

M.O.I. JR: What is the importance of theatrical drama, specifically in the Black community?

Ayodele: “We need signs and symbols of success,” Marvin X says. We need to be reminded we write our story. We need to tell our story or they will continue to image us out of existence with the assistance of those who will play the minstrel in order to keep popping tags and riding 26s. 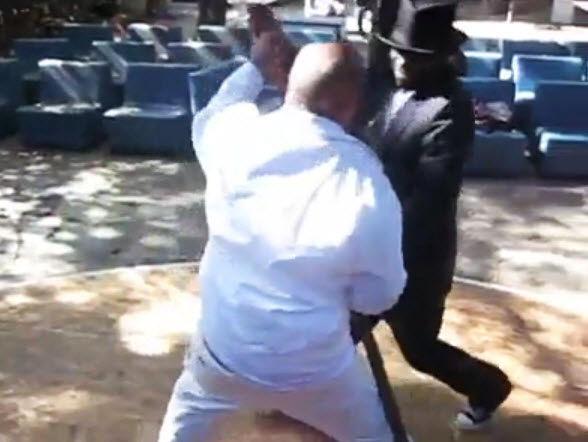 We need the direction and message that comes from the pens of all the Wilsons who remind us that we are responsible for how the story ends for us. We need inspiration and motivation to remember we are a mighty people with a mighty history and we deserve to tell our stories. Our stories are not one note Tyler Perry-on-the-way-to-the-bank asides. They deserve to be center stage in North America.

Black theater can and should be the cultural signpost in the Black community. They are charged with keeping faith in self and endurance in ongoing struggle alive and well articulated.

M.O.I. JR: Who are some of the playwrights who have inspired you over the years?

Ayodele: I love a good story. I am a child of the Black Arts; tell me a story that helps me dry my tears and load intellectual guns and I am home. I want to see me, my neighborhood, my family, my community the way it is: for real. If you can do that, you are my favorite.

I love the work of the renaissance for its bravery at its time. I am indebted to the authors of the BAM era; they are the ground from which I’ve sprung. I am in love with the new crop of new school authors making bones with real work designed to make us think and grow. I have the great pleasure of reading and commenting on a lot of new work from new authors who want to get on; there is so much talent in the hood.

I am surrounded by giants and they are all my favorites. Currently I am working with pieces from Marvin X and Opal Palmer Adisa and traveling one of my own plays, “Mama at Twilight.” I have two new works of my own in the hopper and I have made a personal commitment to direct and stage Wilson’s entire Pittsburgh cycle in chronological order. I am starting with “Gem,” and my current work is always my favorite work. I think it’s like that for any artist, and that it is the way it should be.

M.O.I. JR: When and where? How do people keep up with you online?