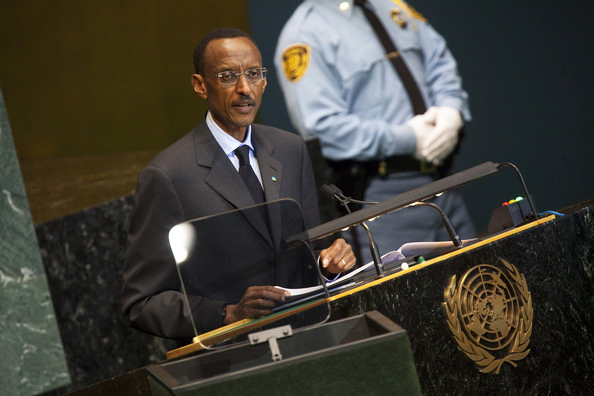 Had she been allowed to run in Rwanda’s presidential elections in August, it’s widely believed Ingabire Umohoza would have defeated Gen. Kagame.

Instead, she was prevented from running and accused of being a “genocide denier.” This was a falsehood. What she had done was to state that: yes, Tutsis were massacred in 1994, but that Hutus were also massacred, and there could never be any genuine reconciliation if only the vanquished side was prosecuted.

Kagame instead conducted sham elections and awarded himself victory with 93 percent of the votes – a margin that would shame even the members of the former Soviet Politburo.

Kagame was practically the only candidate for voters in his police state, which he likes to sell as Africa’s Singapore. But this African dictator, long a favorite of the West and heavily promoted by Bill Clinton and Tony Blair, has seen his star dim dramatically.

On Oct. 1, the United Nations released a report confirming what media outlets such as this one have been saying for a long time – that Kagame was involved in and is responsible for genocide against Hutus who had fled to Congo. The report of course exonerates Ingabire Umohoza.

So far, U.N. Secretary General Ban Ki-Moon and ICC prosecutor Moreno Ocampo, likely with a wink from the United States and the U.K., are providing cover for Kagame. When the fish stinks from the top, rapid decay cannot be stopped.

Even some top Kagame colleagues, such as Gen. Faustin Kayumba Nyamwasa, who fought by his side when he invaded Rwanda from Uganda in 1990 with the support of Gen. Yoweri Museveni, began to abandon him earlier this year. Nyamwasa fled to South Africa and it’s widely believed Kagame’s agents were behind an attempted assassination of the general. 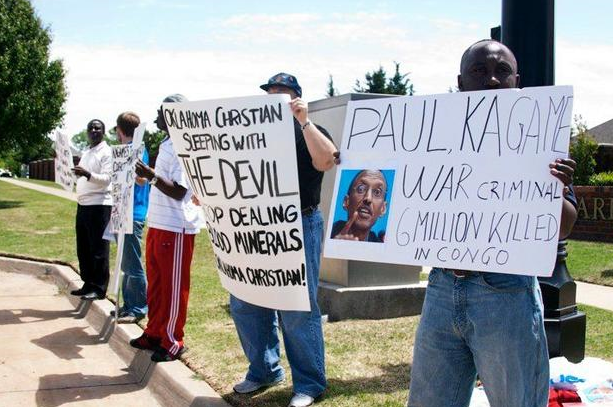 In the run-up to the elections in August, major opposition candidates were prevented from registering, including Ingabire Umohoza. The right hand man to opposition candidate Frank Habineza, Andre Kagwa Rwisereka, first vice president of the Democratic Green Party of Rwanda, was beheaded. Who doubts that there would have been vociferous denunciation by the U.S. had Sudan’s Omar Bashir, also accused of committing genocide by the U.N., treated his political opposition in similar manner.

It’s going to be difficult for his friends, including Clinton and Blair, to continue selling the fiction that Gen. Kagame is Rwanda’s savior and “best hope.”

In fact, Kagame was linked to the assassination of Rwanda’s former president Juvenal Habyarimana. That attack immediately ignited the conflagration and massacres of 1994, in which an estimated 800,000 to a million civilians perished, mostly Tutsis.

Meanwhile, Kagame has never been prosecuted for the Hutus massacred by his army, the Rwandan Patriotic Front (RPF), which was on loan from Uganda during the war of aggression against Rwanda from 1990 to 1994.

So why is Kagame arresting Ingabire Umohoza now?

Could it be that he wants to deflect attention from the U.N. report implicating him in genocide? Could it be that he is desperate to manufacture diversionary headlines – which newspapers such as The New York Times are always eager to swallow?

At the end of the day, the truth cannot be suppressed forever. What crime can Kagame commit against Ingabire Umohoza that could be worse than what he has already done, given the body counts now linked to his regime by the United Nations?

Milton Allimadi, publisher and editor in chief of The Black Star News, New York’s leading Pan African weekly investigative newspaper, can be reached at Milton@blackstarnews.com. Allimadi has also worked for The Journal of Commerce, The Wall Street Journal, The New York Times and The City Sun.