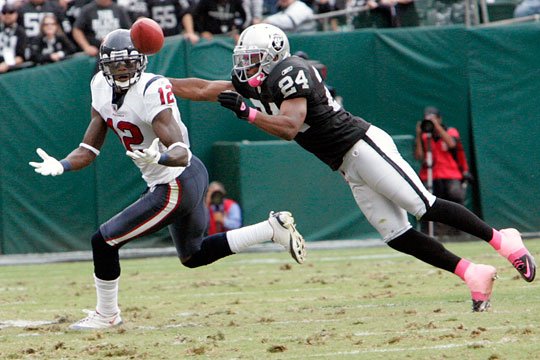 The Oakland Raiders are 1-3 at the quarter part of the season, after just losing to the Houston Texans 31-24. They are much improved from last year, playing harder on both ends of the field. But they still have some of the same weaknesses they have had the last few seasons.

The defense has problems stopping the run and making the big play when it needs to be made. The offensive line has problems protecting the quarterback. And when a play has to be made on either end of the field, the Raiders just come up short. Good enough to stay in the games and make them exciting, but not good enough at this time to get the job done and win the ballgame.

This was evident against the Texans, as they exposed the Raiders on both ends. Defensively the Raiders could not slow down the Texans’ running game, as they rushed for 250 yards on the day. They were led by Arian Foster, the Texans’ lead running back, who scampered for 131 yards on 16 carried, including a 73 yard touchdown off of the right hand, as he raced down the sidelines untouched.

Offensively, the Raiders quarterback, Bruce Gradkowski, was running for his life. He was sacked four times for 33 yards and he was on the run the entire day.

That’s an understatement by Cable. The Texans controlled the line on both ends of the field. But the Raiders had action at winning the game and this shows the team’s improvement from last year. The quarterback situation, while not the best, is improved from last year.

Gradkowski threw for 278 yards and two touchdowns, but he also threw two interceptions, showing his weaknesses. Darren McFadden ran for 47 yards and showed a spark before leaving the game with a pulled hamstring, and Michael Bush ran for 40 yards on seven carries, showing that the Raiders can run the ball.

Zach Miller showed that he is a pass catching threat with 11 catches for 121 yards. His play helped to stretch the field and open up the running game for the Raiders. The Raiders led in first downs 24-21, led in possessions, 68 plays to 65 for the Texans and they lead in time of possession 30:31 to 29:29.

But they lost in the most important statistic, which is the win column, although they fought back every time the Texans took the lead and, with just under two minutes, they were in the process of driving down the field to tie the game when a Gradkowski pass was deflected and intercepted, ending the game.

The Raiders are at home this upcoming Sunday against the San Diego Chargers in first AFC West game of the season for both teams.

Black joy, healing and art in the park: SF’s Presidio opens up the ‘My Park Moment’ photo show 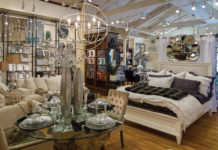