Add your signature at http://www.petitiononline.com/wagesnow/petition.html 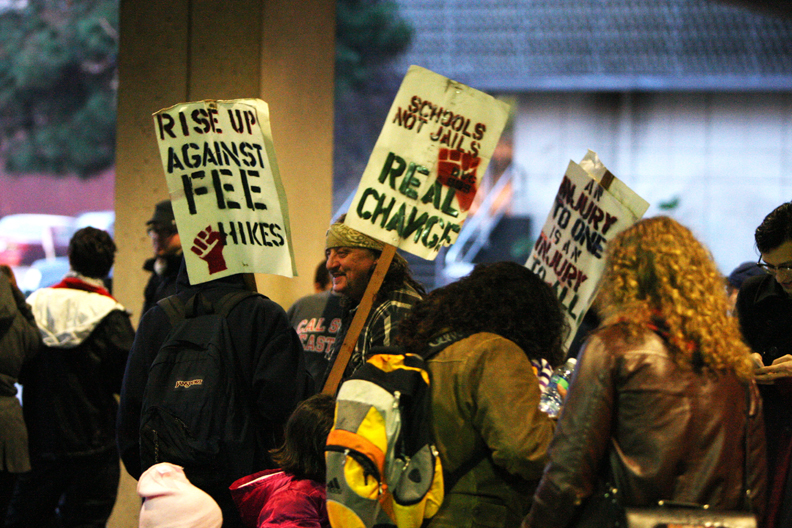 On Dec. 9, 2010, thousands of prisoners in at least six Georgia state prisons initiated the largest prisoner strike in U.S. history, uniting across racial boundaries to demand an immediate end to the cruel and dehumanizing conditions that damage prisoners, their families and the communities they return to.

Prisoners are demanding a living wage for work, increased educational opportunities, decent health care, an end to cruel and unusual punishment, decent living conditions, nutritional meals, vocational and self-improvement opportunities, access to families and just parole decisions. These demands are not only fair and just, but mandatory under international human rights law and the U.S. Constitution.

And it is not just Georgia where these conditions exist. Prisoners throughout this country are subject to routine dehumanization, violence, denial of basic medical care, separated from their families, exposed to illnesses and obstructed from accessing the court. Jails and prisons throughout the U.S. are routinely in violation of the United Nations Convention against Torture and Other Cruel, Inhuman and Degrading Treatment, the Standard Minimum Rules for the Treatment of Prisoners and the International Covenant on Civil and Political Rights.

It is imperative that members of the legal community, human rights advocates, social justice activists, faith communities and concerned members of the general public mobilize in support of prisoners and their families in this urgent moment. Georgia prison authorities have reportedly reacted to the peaceful strike with violence. The threat of retaliation will remain for the foreseeable future, and we must rise to the occasion with increased vigilance and action.

We are especially asking that members of the legal community recognize their unique role and serious responsibility in working to support prisoners and communities targeted by policies of mass incarceration.

We must also seize this opportunity to support and strengthen those forces fighting against race and class-based policies of mass incarceration. Under the cover of a cynical drug war, the U.S. has constructed the largest prison economy in the history of the planet, incarcerating more of its own people than any other nation in the world. And when evidence of the pervasive targeting of communities of color at every level of the criminal legal system is recognized for what it is, there is only one conclusion to arrive at: Mass incarceration is the new Jim Crow.

Like the old Jim Crow, this system serves to perpetuate institutionalized racism, economic inequality and political disenfranchisement. It seeks to pit poor whites and people of color against each other in order to keep working and middle class communities subordinate to a political and economic order that prioritizes profit at the expense of our communities and our democracy.

The transcending of the politics of racial antagonism by the prisoners in Georgia striking for their human rights and human dignity is a profound call for the renewal of visionary mass movements for social justice and freedom in this country. Our communities outside of these walls are in dire need of human rights as well: health care, educational opportunities, jobs, food, housing, peace and a livable planet.

In building an integrated mass movement for human rights inside and outside the prisons, we are also working to undermine the conditions of social, economic and political inequalities that fuel crime and violence.

We are asking that others sign onto this statement of solidarity and make a commitment to take action in support of the prisoners in Georgia, to take action in support of prisoners’ rights and to help build a historic mass movement against mass incarceration and for universal human rights and dignity. To add your signature, go to http://www.petitiononline.com/wagesnow/petition.html.

Deirdre Wilson, Program Coordinator for California Coalition for Women Prisoners and proud member of All of Us or None