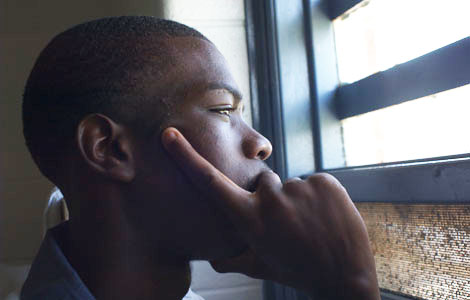 Inmates at six major prisons in the state of Georgia have begun a strong yet peaceful protest against inhumane conditions in the facilities in which they live. The protest is unique because it represents a coalition of Black, Brown and White inmates, jumping the line of racial segregation so prominent in prisons across America.

While the wardens at the prisons are not speaking to the public, the public is certainly speaking to the system. Across the nation, supporters of the movement are making calls to various officials to request that they help with the problem. The prisons at which the protests are taking place are Macon, Hays, Telfair, Baldwin, Valdosta and Smith state prisons [and probably more – ed.].

Thousands of inmates stayed in their cells Thursday, Dec. 9, leading to strong and swift retaliation by the prison guards. According to those familiar with recent events, inmates have been beaten and had their personal items destroyed. Inmates also say that the authorities have cut off their hot water and shut off the heat when outside temperatures were in the 30s.

Black Agenda Report quotes one of the inmates as saying, “We are going to ride it till the wheels fall off. We want our human rights.”

Demands by prison inmates include, among other things, decent living conditions, educational opportunities, just parole decisions, the end of cruel and unusual punishment and better access to their families. Currently, inmates’ families cannot send money orders and are instead expected to send funds through a company that takes a large percentage of the money sent. Also, the companies that provide short, 15-minute phone calls for inmates charge massive amounts of money to families, many of whom are in poverty due to missing a primary breadwinner in the home.

Most prisons in Georgia don’t allow for hardly any educational opportunities beyond the GED. This is inconsistent with the notion of preparing inmates for re-entry into society upon their release. If someone is both marginalized by the criminal justice system and uneducated, their likelihood of going back to prison is very high.

I remind the reader that the 13th Amendment, which abolishes slavery, says, “Neither slavery nor involuntary servitude, except as a punishment for crime whereof the party shall have been duly convicted, shall exist within the United States, or any place subject to their jurisdiction.”

The translation is that the prison system became the escape clause that continues to open the door for the perpetual subjugation and enslavement of African Americans – in addition to poor whites, but in far lower percentages. When one considers the fact that Black Americans are disproportionately represented in a prison system that incarcerates more human beings than any country on earth, you can see that prisons are nothing more than modern day slavery. There should be an investigation into the conditions of these facilities, and we must release the notion that it’s OK to do whatever we want to another human being, as long as they’ve been labeled a criminal.

Given that Black people are terribly affected by this system, we must go out of our way to challenge it. Most of us have a brother, cousin or parent who has either gone to prison or somehow been involved in the criminal justice system.

My biological father went to prison and my primary male role model also started a downward spiral in life after having his first exposure to prisons at an early age. I could tell you more, but it would just be too painful. I gave a speech in Kentucky and heard the testimony of a young girl who said that the same judge who sentenced her brother to 10 years in prison had also sentenced her father many years earlier.

We must change the way we view prison and incarcerated Americans. A nation should balance its need to control crime with the desire to keep our society safe and productive. When inmates go into prison, they must be given every opportunity to obtain an education, as well as engage in a process of positive rehabilitation that will make the person an asset to the world once they return home.

Additionally, we should all stop making jokes about things like prison rape and accepting it as a default way of life. The truth is that prison rape is a factor in the spread of HIV in the Black community, which is killing thousands of African Americans every year.

It’s time to change some of these policies, so Eric Holder and Barack Obama should be respectfully asked to help manage this issue. We should also do them a favor by mobilizing one another and addressing it ourselves. There is simply too much at stake for us to let this issue go. Everyone deserves human rights.

I hope you’ll consider giving your support to the massive prison strike going on in Georgia right now. Inmates at several institutions in the state have coordinated the largest prison strike in U.S. history as a collective fight for their rights to educational opportunity, decent health care, access to their families, and an escape from cruel and unusual punishment.

Given that the prison system in Georgia has no structured system to support the rights of inmates, this form of coordination is virtually unprecedented. Prisons in Georgia, Texas and other Southern states have their roots in slavery, where inmate labor – mostly Black – is still leased out to major corporations as a way to get around the abolition of slavery. This has been going on for over 100 years.

I am not one to presume that individuals should not be punished when committing crimes, but I am one to argue that we should focus on rehabilitation, rather than making inmates worse than they were when they came into the system. Our prisons have gotten out of control, where even things like prison rape – which has played a role in spreading HIV in the Black community – have been made into jokes. Also, individuals released from prison are unable to find jobs, they have their voting rights stripped and they are positioned in such a way as to increase their likelihood of going back to prison.

Given corporations make money from free prison labor, there is an incentive to incarcerate. That’s why the United States incarcerates more of its citizens than any country in the world, with most of these citizens being Black.

The system has led to the destruction of hundreds of thousands of families across America, especially since the holocaust of mass incarceration was exacerbated with the draconian drug laws of the 1980s.

My biological father went to prison on a drug crime and my older brother figure was sent to an adult facility at the age of 17. He was scarred for life after enduring whatever unthinkable things happen to a frightened young boy being exposed to hardened criminals without sufficient intervention.

Many of you have had relatives affected by this system, and seen the lives of countless children destroyed when their parents were taken away and then given no opportunity to re-enter society after serving their time.

It’s time to push for accountability in the criminal justice system. These prisons must answer to the American people and stop making profits from this form of modern day slavery.

I spoke this week with Rev. Jesse Jackson, Rev. Al Sharpton, Dr. Marc Lamont Hill and others about ways that we can support the inmates in their quest for justice. But the truth is that the greatest Black leader in the history of the world is the one that lies inside of you – so without your help, we can’t get this done.

Again, I reiterate that this is not to excuse those who’ve committed crimes. It is to say that our society is safer and more productive if we focus on rehabilitation instead of remaining fixated on punishment.

No person in prison deserves to have their human rights stripped away like animals, and it is no coincidence that Black males are incarcerated in far greater proportions than whites. The 13th Amendment actually says that slavery is allowed if you are labeled as a criminal, which is a convenient escape clause to keep free labor.

Look below for a list of phone numbers I’d like for you to call to express support for the inmate protest and demand that the Department of Corrections addresses this matter fairly. Our involvement is crucial, since the guards have responded by beating inmates and turning off the heat in 30 degree weather.

I want to help these inmates before their spirits are drained. I beg you to stand with me in this effort and I pray that you will send this message to everyone who agrees. Confronting mass incarceration by any means necessary is critical to saving the Black family in America. This protest is our window of opportunity.

Call these numbers to express support for the inmate protest and demand that the Department of Corrections addresses this matter fairly:

Dr. Boyce D. Watkins, “The People’s Scholar”, is a leading social commentator, advocating for education, economic empowerment and social justice, and is one of the top Black speakers in America. Learn more at www.boycewatkins.com and www.yourblackworld.com.