Vallejo, Calif. – In the Bay Area, the veneer of police impunity seems to be thinning even as high-profile cases of police shooting unarmed Black men – in Oakland and nearby Vallejo – continue to occur. 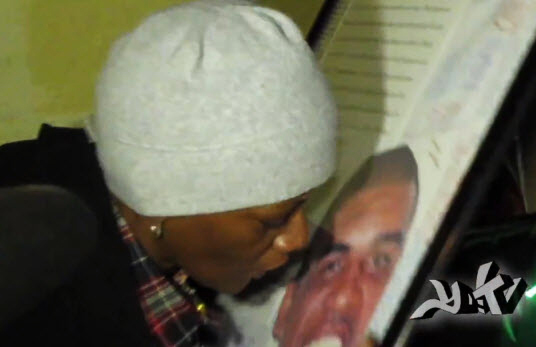 Aftershocks following the killing of Oscar Grant III by ex-BART transit officer Johannes Mehserle have shaken up the landscape of police and community relations in the Bay Area. The age-old idea that, when it comes to Black males, police could get away with anything is being challenged.

Mehserle’s trial and guilty verdict, though probably only partial justice – he’ll do about a year when it’s all said and done – may have opened a crack in the blue shield of silence that has protected police from ever being held accountable. Grant was killed in front of a 21st century audience. The scene of Grant being shot in the back by Mehserle is seared into the public memory, because it was virally-enhanced, and things have changed for the better – in the short term.

Weeks after Mehserle was sentenced to two years for involuntary manslaughter in the slaying of Grant he was denied bail.

It was a miracle that the Alameda County District Attorney even filed a case against Mehserle. And that is the difference between now and years past. Inside actors – officials sworn to uphold the law – are questioning suspicious police-involved shootings more than ever before.

Oakland Police Chief Anthony Batts made headlines recently when he asked for a federal investigation into two of his officers involved in the shooting death of an unarmed East Oakland barbershop owner. The same team of OPD killed an unarmed woman in 2008.

And, as if to underscore this budding new era of police accountability, officials in Oakland – including the newly elected mayor, Jean Quan – participated in a meeting designed to address police brutality recently hosted by the NAACP.

Now, the case that could break the trend or add full moon energy to the movement for justice involves a 33-year-old Black man, community activist, student and mentor who was gunned down in a lonely alley in Vallejo, Calif. 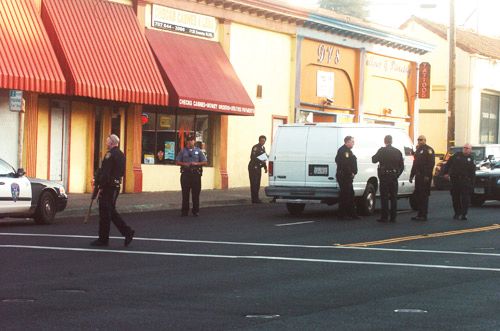 Guy Jarreau Jr. was shot and killed by a Vallejo Police Department officer Saturday, Dec. 11, in the early afternoon. He had lived in Vallejo eight years after coming from New Orleans.

According to eyewitnesses interviewed by New America Media, Jarreau had his hands up facing the officer who shot him twice.

“I didn’t hear no warning, no nothing,” said Martin L’Esperance, a witness and friend of Jarreau. “We were shooting a video on Sonoma, walking back and forth with the cameras. Guy was with us. He was security for us. He was there watching us, directing us – telling us what we should do in the video. The cops just pulled up on us, told him (Mr. Jarreau) to stop – everyone was walking away. He (Mr. Jarreau) walked into the alley. The cop just came onto the sidewalk, pointed into the alley and shot twice.

L’Esperance and other eyewitness accounts contrast with the Vallejo Police Department’s story. According to an official press release: “Officers arrived on scene at 3:01 p.m. and observed the suspect flee into a nearby alley. The officers confronted the man, who was now holding the firearm. In self defense, the officer fired on the suspect, striking him at least once. The suspect was taken via air ambulance to a Bay Area trauma center, where he was later pronounced dead.”

According to witnesses, Jarreau lay on the ground for close to 45 minutes before he received help.

Time will tell whether or not the Solano County district attorney will look at this case with the scrutiny it deserves. If officials do act, Vallejo will join Oakland, Chicago, Philadelphia and New Orleans in pursuing justice by holding police responsible for their actions. It is a moment of momentum for accountability that Black communities across the country should welcome.

Kevin Weston, longtime contributor to the Bay View in the ‘90s, is director of New Media and Youth Communications at New America Media and, for the past 10 years, director and publisher of YO! Youth Outlook Multimedia. He can be reached at kweston@newamericamedia.org. This story originally appeared at New America Media.