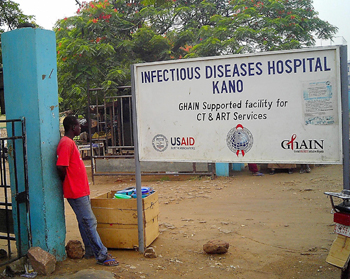 With the release of another 250,000 classified diplomatic cables from the U.S. State Department by the WikiLeaks website, Washington’s Africa policy has been further exposed for its imperialistic designs. Various states in Africa, including those that are viewed as enemies and others which are considered allies, are all subjected to successive U.S. administration efforts aimed at economic control and political destabilization.

In light of the exposures of Washington’s foreign policy, Assistant Secretary of State for African Affairs Johnnie Carson held a briefing on Dec. 9 to outline the Obama administration’s priorities on the continent. Carson played down the damaging impact of the WikiLeaks exposures and attempted to shift the discussion to other issues, such as the recent disputed elections in Ivory Coast.

In a report issued by Charles W. Corey of the State Department, “The United States government is very much focused and engaged in a wide array of issues across the African continent and WikiLeaks has not distracted U.S. officials in any way from their overall goal of building a strong U.S.-Africa partnership, Assistant Secretary of State for African Affairs Johnnie Carson told reporters.” (America.gov, Dec. 10)

These diplomatic cables reveal that the U.S. decisions resulted in the displacement and deaths of millions of people on the African continent.

Nonetheless, throughout the African continent, both inside and outside of various governments, people have expressed outrage at the efforts of the United States to undermine the independence and sovereignty of various states. These diplomatic cables reveal that the U.S. decisions resulted in the displacement and deaths of millions of people on the African continent.

Somalia and Zimbabwe targeted by the U.S.

The Horn of Africa has been a special focus of U.S. imperialist intervention for over three decades. A major effort has taken place since the early 1990s in the nation of Somalia, where the U.S. has intervened militarily both directly, from 1992 to 1994, and indirectly in recent years since 2006.

According to the Sudan Tribune, the U.S.-backed government in Ethiopia was compelled to intervene in Somalia in 2006 to carry out Washington’s foreign policy aims in the region. The intervention resulted in the worst humanitarian crisis on the African continent, leaving tens of thousands dead and over 2 million people displaced.

A series of leaked cables indicate that there was a secret agreement between the U.S. and the Ethiopian government of Meles Zenawi to cross into Somalia in order to halt the consolidation of power by the Union of Islamic Courts (ICU).

This movement, the ICU, had brought a much-desired sense of social stability to a country which had been without an internationally recognized state since 1991. The Islamic Courts Union was an independent alliance of community organizations that sought to reconstruct Somalia based on the interests of the people and not Western imperialist forces.

The Sudan Tribune pointed out that “Ethiopia had no intention to invade and said the U.S. was behind the plot and it was sponsored by the United States government.” The report noted that Washington was “already tied up in wars in Iraq and Afghanistan and was in no position to openly launch large-scale attacks against Somalia and had to sponsor a country like Ethiopia.” (Sudan Tribune, Dec. 6)

This same report in the Sudan Tribune pointed out that the Bush administration’s “U.S. head for African Affairs Jendayi Frazer spearheaded the proxy war along with allies in the State Department and the Pentagon. There was growing concern in the White House and the Pentagon that Somalia’s Islamists might ally themselves with Al Qaeda and turn to international terrorism.”

Another major concern of the U.S. has been the growing involvement by the People’s Republic of China on the African continent. Relations have been particularly strong between the PRC and the Zimbabwe African National Union-Patriotic Front (ZANU-PF), the ruling party in this southern African state.

Zimbabwe is treated as an enemy of the U.S. and the government of President Robert Mugabe has been targeted for regime-change for over 10 years since the implementation of a land redistribution program that empowered the indigenous African masses.

A recent article published in the Zimbabwe Herald that analyzed the WikiLeaks documents says: “The West tried various strategies, including a desperate attempt to ask China to influence the reform of Zimbabwe’s security sector, in a futile attempt to effect regime change. After most of their strategies dating back to the year 2000 such as civil unrest, the possibility of a coup and sanctions failed, the United States and Germany resolved to work towards a reform of the security services.” (Zimbabwe Herald, Dec. 12)

Perhaps some of the most striking revelations to surface from the WikiLeaks website are related to the U.S. interference in the internal affairs of the oil-rich West African state of Nigeria, Africa’s most populous nation. A leading newspaper in Nigeria, ThisDay, reported that the U.S. State Department in conjunction with Shell Oil planted operatives within the government to influence domestic and foreign policy. (ThisDay, Dec. 8)

A leading newspaper in Nigeria, ThisDay, reported that the U.S. State Department in conjunction with Shell Oil planted operatives within the government to influence domestic and foreign policy.

According to ThisDay, “Shell’s top executive in Nigeria told U.S. diplomats that Shell had seconded employees to every relevant department and so knew ‘everything that was being done in those ministries.’ She also reportedly boasted that the government had ‘forgotten’ about the extent of Shell’s infiltration and were unaware of how much the company knew about its deliberations.”

In addition, ThisDay notes: “The cache of secret dispatches from Washington’s embassies in Africa also revealed that the Anglo-Dutch oil firm swapped intelligence with the U.S., in one case providing U.S. diplomats with the names of Nigerian politicians it suspected of supporting militant activity, and requesting information from the U.S. on whether the militants had acquired anti-aircraft missiles.”

Also in Nigeria, a potentially criminal case against the Pfizer pharmaceutical company was sabotaged when the firm hired operatives to foster allegations of corruption against the then attorney general of the African state. Pfizer had come under fire for the 1996 “test” of tainted antibiotics used to treat meningitis in children, resulting in the deaths of patients and the sickening of others who suffered brain damage, paralysis, deafness and blindness. (New York Times, Dec. 10)

The New York Times reported that “Pfizer, the world’s largest drug company, denied the cable’s allegations, which were contained in documents released by WikiLeaks. The cable indicated that the information alleging corruption on the part of the attorney general was spread through the media to publicly pressure him to drop the lawsuits.” Nigerian Attorney General Michael Aondoakaa dismissed the $6 billion lawsuit and eventually settled the case for $75 million.

The Nigerian Vanguard newspaper reported on Dec. 11 that Pfizer reached the settlement for a mere $75 million for the damage done through the tainted medicines, which resulted in the deaths of 11 children and deformities in dozens of others. The so-called clinical trials in 1996 were said to have involved 200 patients who were given the drug Trovan.

Trovan had been approved for usage in adults only in 1997 in Europe and the United States. However, it was then banned in Europe and restricted in the U.S. in 1999 in the aftermath of reports of liver failure and deaths resulting from usage of the drug.

Another major issue involving U.S. foreign policy is the ongoing hostility toward another oil-rich African state, Sudan. The government of Sudan has maintained an independent foreign policy and has been subjected to allegations of war crimes and genocide by the U.S. as well as the International Criminal Court (ICC).

A Comprehensive Political Agreement (CPA) between the central government in Khartoum headed by the National Congress Party of President Omar Hassan al-Bashir and the Sudan People’s Liberation Movement (SPLM), which is based in the south of the largest nation-state in Africa geographically, resulted in the cessation of hostilities several years ago.

The southern region is scheduled to hold a referendum in 2011 on its future, which could result in the breaking up of the country and the resumption of the civil war involving the SPLM and Khartoum. The U.S. is pushing for the holding of the referendum on schedule and has sent a delegation to the south of Sudan that was headed by the U.S. Ambassador to the United Nations Susan Rice, a leading adviser to President Obama on foreign affairs.

Nonetheless, a close U.S. ally, Egypt, has expressed to Washington its fears over the potential division of Sudan. Documents published by WikiLeaks reveal, “Egypt had even asked the U.S. government to help postpone next month’s referendum by four to six years.” (Daily Monitor Correspondent, Dec. 7)

An article published by the Daily Monitor out of Kenya states, “In the cable, Egypt’s intelligence has also stressed the desire for a united Sudan and cessation of hostilities with neighboring Chad.”

Since the posting of these classified diplomatic cables, it has become clear that the U.S. has not changed its imperialist policy toward Africa and other geo-political regions even under the leadership of the Democratic Party and the Obama administration. These revelations point to the necessity of the anti-war and peace movements in the U.S. incorporating anti-interventionist and anti-imperialist demands with specific reference to the African continent into their political programs.

Since the posting of these classified diplomatic cables, it has become clear that the U.S. has not changed its imperialist policy toward Africa and other geo-political regions even under the leadership of the Democratic Party and the Obama administration.

At a July 23-25 national conference hosted by the United National Anti-War Committee in Albany, a strong resolution was adopted calling for an end to U.S. military intervention in Africa and the upholding of the right of self-determination and sovereignty for the African continent. The resolution was jointly sponsored by the Michigan Emergency Committee Against War & Injustice, the International Action Center, and the Virginia Defenders for Freedom Justice and Equality, among other progressive organizations.