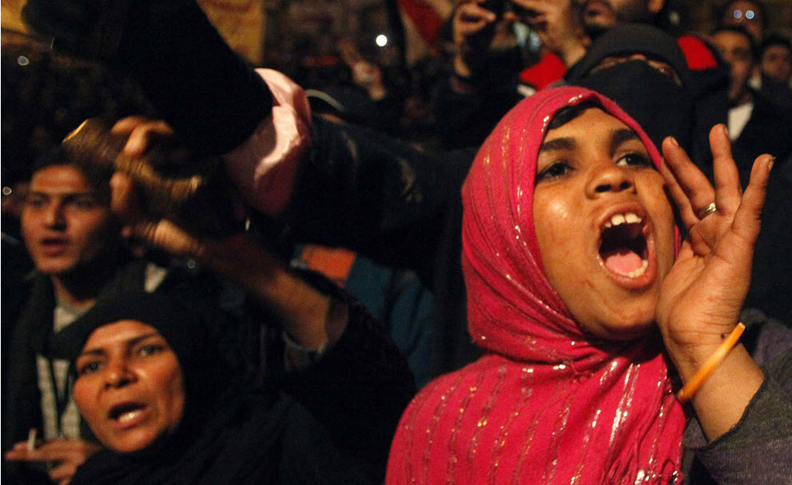 The world is holding its breath as it witnesses an unprecedented expression of people power on the streets of Egypt, inspired by the recent victory of people power in Tunisia, where President Ben Ali was forced to resign. After 30 years of repressive rule, Hosni Mubarak – Egypt’s dictator and key U.S. ally in the Middle East – may be facing his last hours or days in power, as hundreds of thousands of Egyptians from all walks of life gather at Tahrir (Liberation) Square. People power is spreading in the region: Mass demonstrations in Jordan, Palestine and Yemen echo the calls of the Tunisian and Egyptian people, with their demands for democratic reform, independence and liberation.

Egyptian-born singer and author Raffi Cavoukian said: “Egyptian courage emboldens the region and the world. Let the song of Egypt’s liberty ring in our ears. Her sun is ours.”

While eyes are focused on Egypt’s doomed dictatorship, the people of another nation – Haiti – cry to allow an elected president to return. Jean-Bertrand Aristide has been in exile in Africa since the 2004 coup that overthrew him. Aristide has recently indicated his desire to return to Haiti, in spite of U.S. objections.

While he awaits a promised diplomatic passport, former dictator “Baby Doc” Duvalier found the country’s doors open to him, in apparent disregard to the 30,000 murders attributed to his regime. Meanwhile, Haitian citizens are asking for a new chance to choose a new president in elections that are fair, free and inclusive. The U.S. has opposed this request, even indicating that economic sanctions could follow if this path were chosen.

On Wednesday, Feb. 2, the government of President Preval caved in to U.S. pressure and bumped its own party’s candidate from the run-off ballot, leaving only two right-wing Duvalierist candidates. Those candidates combined received the votes of only about 10 percent of Haitian registered voters in the first round of the election, according to the Center for Economic Policy Research. Former President Aristide’s Lavalas Party, the largest party in Haiti, was excluded from the ballot. 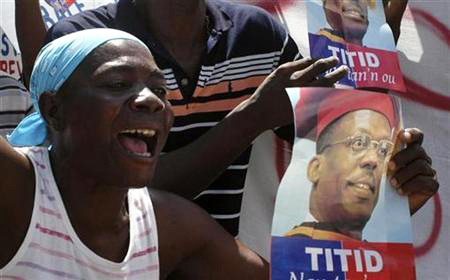 Click here to demand that President Obama and Secretary of State Clinton:

• end support for Mubarak and support the Egyptian people’s will;

• allow Aristide to return and allow real democracy in Haiti.

The maintenance of Egypt’s 30-year dictatorship and the deposal of Haiti’s elected president would have never been possible without U.S. support. Egypt is the second largest recipient of U.S. military aid, with $1.3 billion going into its military coffers each year.

Haitian president Aristide would not be in exile had the U.S. not given its support to the coup that removed him, nor would Baby Doc and his father have ruled Haiti ruthlessly for decades if not for continued support of several U.S. administrations. The U.S. government has long supported repressive regimes over popular will, most notably in Latin America through institutions like the School of the Americas.

President Obama and Secretary Clinton stand at the crossroads of history. They have before them the possibility of continuing a historic cycle of U.S. support for repressive dictatorships and puppets in the Middle East and Latin America, or opening the door to a new tradition of honoring the sovereign will of people to choose their own form of government.

Help them decide which choice to make by taking action now!

And don’t forget to take it to the streets!

SOA Watch is an independent organization seeking to close the U.S. Army School of the Americas, which trains soldiers and military personnel from Latin American countries, using torture training manuals. Contact them at SOA Watch, P.O. Box 4566, Washington, DC 20017, (202) 234-3440 or email them through their website.