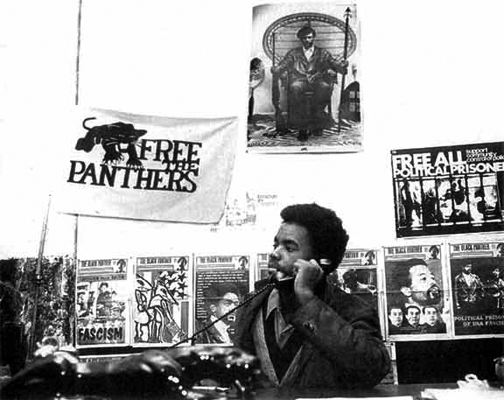 I greet you all as we look at what’s happening in the world – and try to figure out why, and how? When most people hear the acronym COINTELPRO (FBI code-speak for its COunter INTELligence PROgram), they think of the 1960s and perhaps the Black Panther Party, the Weathermen or the antiwar movement.

In fact, this government program didn’t begin in the ‘60s, nor did it end in the ‘70s – despite what newspaper accounts report, or what government PR people claim.

I know this because I did the research, read government reports, read actual files – many uncovered by the break-in of FBI field offices in Media, Penn., in the early ‘70s – and works by FBI defectors, who told the inside story.

And, of course, I wrote about it in my book, “We Want Freedom: A Life In the Black Panther Party,” which has a whole chapter on COINTELPRO.

I assure you, it didn’t begin there and didn’t end there.

When Paris was in ferment against an incompetent king and people began grumbling in taverns, secret police and informants were taking notes and naming names. How do we know this? After the French Revolution, when the king was overthrown, they found these reports – called cahiers. They can be read today in museums to show what French workers and peasants thought about Louis XVI. And that was in the 1780s!

Do you know what the primary difference between the COINTELPRO of the ‘60s and today is? Almost everything that happened in the ‘60s – the break-ins, the secret taping of activists, their targeting and their killings – including what the FBI called “black bag jobs” – were illegal, and agents were both trained and warned that if they got caught, they were on their own. They would go to jail.

What a difference a few decades make. For under the so-called Patriot Act, almost everything that was illegal then is legal now, because a Congress that admits it didn’t even read the proposed law passed it shortly after 9/11 – in fear. Oh yeah, and the Obama administration is set to reauthorize it any day now.

Secret wiretaps, black bag jobs, destabilizing movements using snitches, informants, attacks on activists and a sell-out, corporate media – these are all the features of a national security state, where the people have illusions of democracy, elections and the like, but governments snoop into every corner of personal life, wipe out people and destroy social movements, using criminal tactics.

Social movements, such as the Oscar Grant anti-police brutality movement, must study movements of the past to learn to avoid some of the traps set by the state and its corporate media arm.

But repression – state repression – has a longer history in America than the Constitution and is, therefore, something deep in this society’s psyche. If this were not so, the U.S. couldn’t have resorted to torture so readily, so quickly.

There is now, in practice if not in law, torture, secret prisons, extraordinary rendition – to countries which torture and kill on command – all in the name of the United States. It’s your tax dollars at work.

One more thing: For those who wonder if COINTELPRO was and is real: Several days ago, I watched a quirky old black and white movie on TCM [Turner Classic Movies]. It was in French with English subtitles but, oddly enough, it was about an American in Paris. It starred a beautiful young actress named Jean Seberg. I doubt that most of you will know the name, but check out “We Want Freedom,” and you’ll see how the FBI and the gossip press drove her into despair, miscarriage and suicide, simply because she was a supporter of the Black Panther Party. It’s real, y’all – and it’s up and running today.

Recorded for the People’s Hearing by PrisonRadio.org, Feb. 6, 2011: