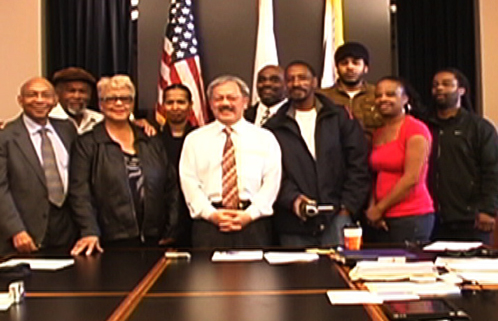 The Black population in San Francisco drastically declined when urban renewal, Redevelopment and the gentrification of the Fillmore/Western Addition started in the ‘60s, bulldozed the hearts of African Americans, many forced to move out of the City, given Certificates of Preference, vouchers that insured a return when the area was rebuilt. Cruel awakening, for most were never able to return, mainly because the area stood idle for 20 years or more – dismal vacant lots where once homes and businesses survived.

Black removal ripped the hearts out of successful business owners – one, Leola King, who fought the agency when she lost her popular Blue Mirror club and several properties in the Western Addition. A strong Black independent woman, she fought the agency, still, looking for restitution! Jan. 20 The Queen celebrated her 80-plus birthday!

When living in the Fillmore area during this time, I observed the changes that took place: heartbreaking. I remember the good times in Black nightclubs, soul food restaurants. The spirit of Black folks enjoyed live music, good jobs; families were living the good life.

Finally, in October 2004 came the groundbreaking at Fillmore and Eddy Street, starting point of The Jazz Renaissance Preservation District, completed during 2007. As you see it today, it’s an integrated district, though originally planned to be an upscale Black economic area boasting retail stores, restaurants, clubs – an African American tourist attraction.

Bayview Hunters Point was the last bastion for Blacks, but now it’s also undergoing changes. Down but not defeated, the Black community is organizing for the future as the City celebrates its first Asian American mayor and eight of San Francisco’s 11 Supervisors are people of color. A new day!

History was made Friday morning, Feb. 11, in a meeting with Mayor Edwin Lee, accompanied by his press secretary – a meeting coordinated by San Francisco community activist Ace Washington, founder of Community News Service (CNS), who called together a group of Black media reporters to meet with Mayor Lee at City Hall in the Press Room. The first African American Media Roundtable lasted about 45 minutes, spent in what was a stimulating discussion that concerned issues in the Black community.

Straight to the point, the mayor was questioned what is the city doing to ensure that San Franciscans, specifically African Americans, have greater access to employment and business opportunities? Blacks have complained about no hires in construction and infrastructure jobs.

The mayor noted Supervisor John Avalos – these days a hero – who sponsored local hiring legislation to increase job opportunities for San Francisco union members on City-funded construction, now at an all-time low, and earned support from the Bay Area’s largest trade unions and some contractors. Mayor Lee informed the group that he has called implementation of the jobs measure “one of his top five policy priorities in 2011.”

Also on the agenda, does the city have a contingency plan to fund and continue the work currently supported by the San Francisco Redevelopment Agency if it is eliminated due to state budget cuts? Mayor Lee recently attended the California Mayors’ Conference in Sacramento with Gov. Jerry Brown over Redevelopment and came away encouraged. There is a plan!

The upbeat meeting ended with a group shot with the Mayor, that included: Ace, Willie Ratcliff, publisher, Bay View newspaper, a man who has had his problems with gaining construction contracts; Kathy Perry, former publisher, Western Edition newspaper; Kevin Jefferson, photographer, Post Newspaper Group; Jean Reems with CNS and a filmmaker who wants to gain location exposure – Mayor Lee immediately suggested she hook up with the San Francisco Film Commission; and Ken Johnson, producer, Cable TV 29, to name a few.

The conversation continues at ‘The State of Black San Francisco’

“The State of Black San Francisco” convened Sunday afternoon, Feb. 13, at the Bayview Opera House Ruth Williams Theatre in the heart of Third Street! Presented by the Osiris Coalition and chaired by Julian Davis, it brought together distinguished panelists to discuss the landmark local hiring legislation sponsored by Supervisor John Avalos of District 11 and strategies for implementing and expanding policies of economic inclusion across racial and ethnic lines in the “new” San Francisco. I might note that at the end of the program, Osiris presented Avalos with an award, along with several other outstanding community honorees. 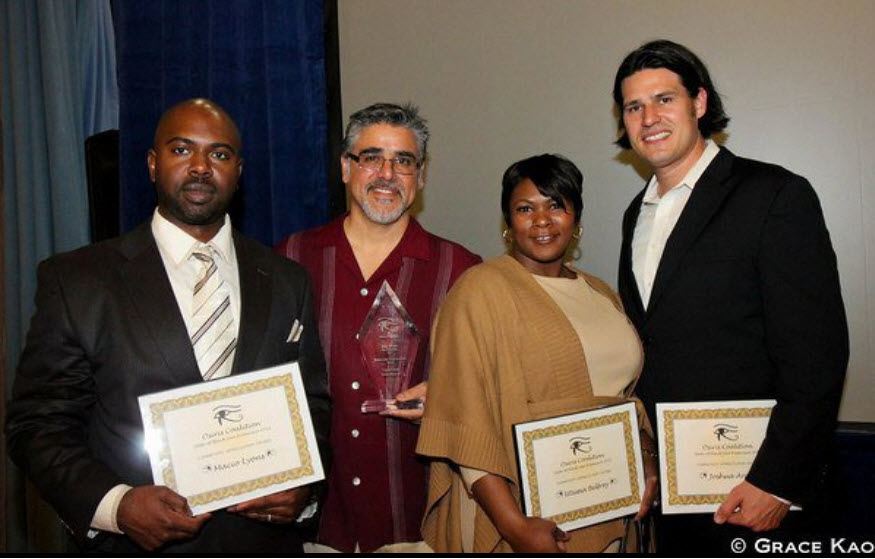 The Osiris Coalition is a community collaborative of individuals and organizations dedicated to the social and economic sustainability of the African American community in the greater Bay Area.

Among those who attended were community activist Espanola Jackson – Arce acknowledged the godmother of the Bayview has been a daily inspiration to him; René Gonzalvez, involved with labor and compliance management; Kim-Shree Maufus, SF Board of Education; Sharen Hewitt, executive director of CLAER; Dr. Caesar Churchwell; health and environmental advocate Dr. Ahimsa Sumchai; publisher Willie Ratcliff; community activist Marie Harrison; filmmaker Kevin Epps. His film, “Straight Outta Hunters Point,” shown prior to the panel discussion, depicts one of the most economically depressed and racially segregated neighborhoods in the U.S.

Calendar Note: On March 2 at the Mayors’ Economic Forecast Breakfast at the San Francisco Marriott Marquis, Fourth and Mission, San Francisco, meet Mayor Edwin Lee and Mayor Jean Quan of Oakland, who will talk about their priorities, challenges and how they will address the concerns of the business and development communities. For more information, call (415) 288-4972.