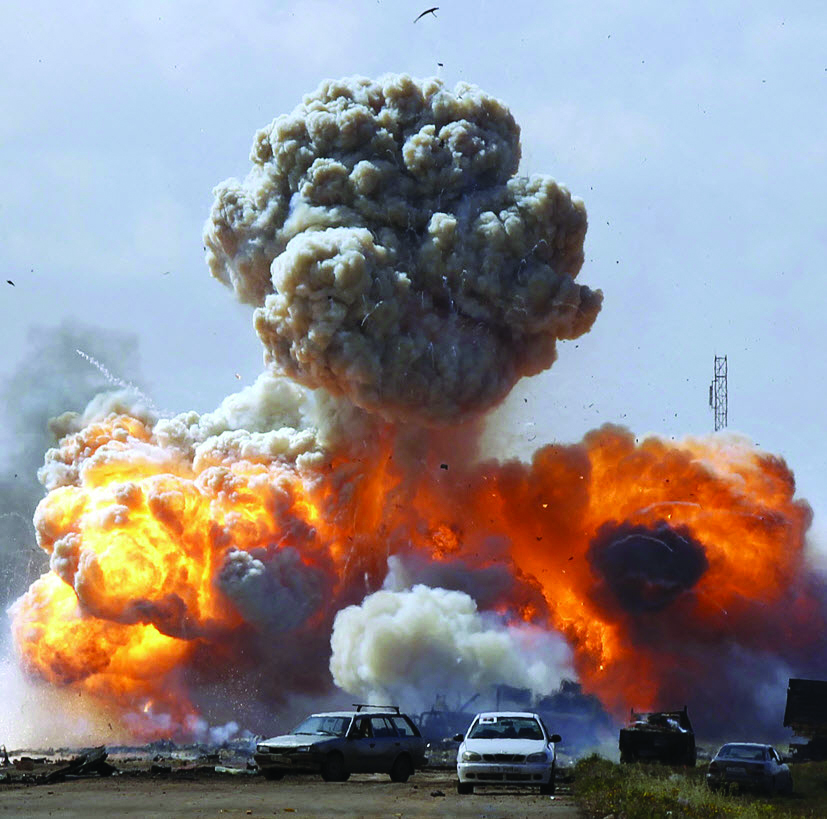 Just as the Arab Spring erupted across the region of Mediterranean Africa and people took to the streets in opposition to their scierotic, kleptocratic – and Western-supported – rulers, the West has thrust its large nose into the tent, and – voila! – a new war has emerged, blessed by both the U.N. Security Council and the Arab League.

Oh, they are using political euphemisms like a “no fly zone” and “protecting civilians.” But those of us with but a modicum of memory recall the decade-long “no fly zone” over Iraq, which degraded its defensive capacities sufficient to allow its invasion and the disaster that followed.

President Obama, elected ostensibly as the candidate to extricate the U.S. out of at least one “stupid” war, has, bowing to right wing and corporate pressure, opened the door to yet another one.

Dissenters will argue that this isn’t the same thing, that it’s a “no fly zone,” not an attack – and that Libya is no Iraq.

In fact, any armed intervention in another nation’s war is – well, war. When France joined the U.S. side in its fight with Britain, it became a combatant – at war with England.

A “no fly zone,” like a blockade, is an act of war. The gates are open.

And who dares doubt that this is about the West passing the mark of peak oil supply? If Libya didn’t have oil, it would be ignored, as Congo is – or Zimbabwe.

The West didn’t give a damn when Israel pummeled Lebanon into rubble or reduced Gaza to dust. When they killed civilians, it was, at best, “collateral damage.” Former U.S. Secretary of State Condoleezza Rice, when asked about Israel’s relentless bombings of civilian targets during its obliteration of Lebanese infrastructure, called it “the sound of freedom being born.”

Instead of a “no fly zone,” the U.S. rushed to sell them more fighter jets! They ignored the bleats of the Arab League. Ah, the Arab League, founded in 1945 to “mediate disputes” between Arab states, has been used. In this instance, as a beard to cover Western interests.

Do you want to know what U.S. intelligence thought of its Arab “allies”? In Tim Weiner’s “Legacy of Ashes: The History of the CIA” (Doubleday: NY, 2007), he quotes high-ranking U.S. spies calling the kings of Jordan and Saudi, as well as the presidents of Lebanon and Iraq, “the four mongrels.”

This war – like Iraq – will end in disaster. And we will look back and wonder how we got here.

Withhold U.S. aid to speed end of atrocities in Congo