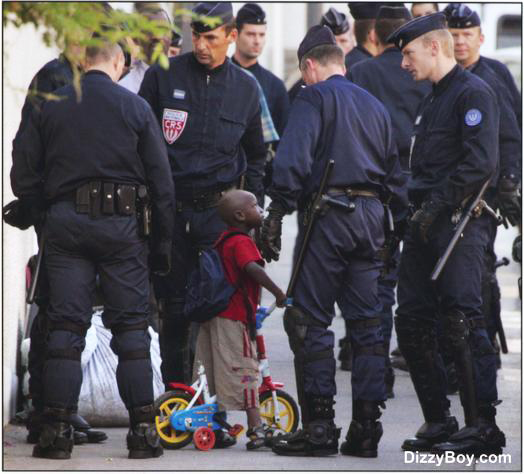 It’s hard to shock me. But it happened when I saw a poll yesterday. After all the reports of physical and sexual abuse and suicide, the fact that detention is used as a first response to minor offenses and jail sets youth on a cycle of returning – a majority of Americans think the juvenile justice system is too lenient.

Youth of color are most of the kids in the juvenile justice system, and so we’re battling deeply engrained stereotypes that they’re a population to fear, control, incarcerate. We’re fighting racism, but we can’t call anyone racist because that makes them defensive. Even though from its inception, the system has treated youth of color unfairly: When the first detention facility established a “colored section” in 1834, Black children were excluded from rehabilitation because it would be a “waste” of resources.

From the 1800s to today, we see similar patterns based on post-Civil War segregationist policies that included arrests of Blacks for minor violations under Jim Crow laws to provide “convict leasing,” or prison labor. A juvenile facility I visited in California showed off its work program, where young men were repairing computers for a company. When asked how it translated to work “on the outs,” the director said one youth was working at a fast food restaurant. “Training” was simply prison labor.

From the time the face of incarcerated youth changed from the orphaned or runaway White child to the Black, Latino, Native child, the system shifted from rehabilitation to punishment. The attitude became: “Forget about the ‘throwaways.’ They’re not our kids.”

I believe it’s a lack of collective identity that allows the deep-rooted belief that juvenile justice is about “our” kids vs. “theirs.” American culture is individualistic. There’s no communal sense that everyone’s babies are being reared collectively to lead us into a future that benefits all.

Blame it on the individualistic nature of capitalism, which forces us each to compete for dollars, or democracy, which requires us to make secret choices on ballots, or even a lack of spiritual character that permeates popular culture. Or the root of all the country’s White-ruled governing systems – occupation and slavery – which do not view the “others,” or people of color, as deserving of the same rights as Whites.

Regardless, as someone working to convince the unconvinced they should care about youth of color being locked up unfairly for offenses that White youth are released or offered alternatives for – I’m hit with realities like this: a debate on my Facebook page where a White progressive argued that it’s the responsibility of Black youth to avoid being caught up in the juvenile justice system.

Even after statistics were shared, including that White youth use and sell drugs at a higher rate than Black youth but Black youth are arrested for drug offenses at twice the rate of White youth – the man continued to argue that because the justice system disparately impacts youth of color, they need to be more wary.

He had a point. After the murder of Oscar Grant in 2009 – shot in the back while lying face down on a transit platform by an officer – I know mothers who sat their sons down to warn them about the dangers of perception. The danger of existing while Black or Brown. That’s reality, even for affluent people of color.

The morning before Oscar was killed in Oakland, a police officer shot the son of baseball player Bobby Tolan, Robert, in front of his mother as he lay face down outside of his Houston home. The White officer had “mistaken” the young Black man’s SUV for a stolen car in the White suburb. Clearly, Robert’s life was worth less than a car to Sgt. Jeffrey Cotton, who was found not guilty.

When arguments come into play that place the burden on youth and their communities – it’s easy to forget that it’s the perception of those in power that’s the root of the problem. Most youth get into trouble, and some are dragged into contact with police by external circumstances. It’s how youth of color are viewed and treated by the system and its decision-makers that makes the difference.

Community advocates set up the nation’s ﬁrst juvenile court because they knew youth have different culpability and needs than adults. They believed youth deserved rehabilitation. But in the ‘90s, the “tough-on-crime” policies fueled by media hype about “superpredators” and school shootings led juvenile justice systems to punitive and detention-first models. Today 70 percent of youth in the juvenile justice system are detained for nonviolent offenses.

Detention is not working, for obvious reasons. Just check out the report “Dangers of Detention.” If you care about cost, it doesn’t provide the results for the money. Some places are getting it – more rehabilitative juvenile justice systems in Missouri and Santa Cruz are models for the rest of the country, and now unexpected places including New York City and New Orleans are reducing jails or beds in facilities. But change is slow.

Because while for those within the system it’s the fear of losing their jobs or money – in the public, it’s the fear of youth of color that we have to battle. The code word that politicians use to stoke that fear is “public safety.” The only hope I have at this point for any message I put out there is that as the demographics of the country change, the face of those in power will too.

And maybe then, because the thousands of Brown and Black faces in the country’s juvenile facilities will look like their own – those in power will finally care about “their” children.

Shadi Rahimi is the communications director of the juvenile justice nonprofit W. Haywood Burns Institute and the Community Justice Network for Youth. She co-founded the media arts organization Seventh Native American Generation (SNAG). She also provides Global Communications for YAK Films. Shadi has an M.A. from the U.C. Berkeley Graduate School of Journalism and has worked for The New York Times, Oakland Tribune, San Francisco Bay Guardian and other publications. Visit her at shadirahimi.com and contact her at shadirahimi07@yahoo.com.