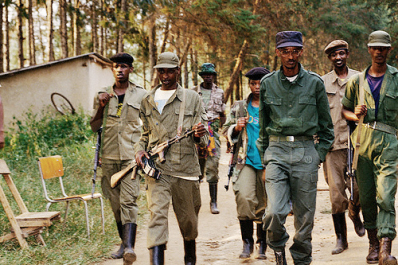 Based on previously un-published U.N. and U.S. government documents, in the nature of the Pentagon Papers or WikiLeaks exposures, the heavily footnoted narrative is based on documents only in evidence at the U.N. Tribunal for Rwanda and published on the IHLI website: www.rwandadocumentsproject.net. The documents explain how the current RPF (Rwandan Patriotic Front) government became the dominant military power in the country more than a year before the Rwandan Genocide with outside assistance from Uganda, U.K. and the Pentagon.

The documents include ICTR (International Tribunal for Rwanda) evidence that the U.S. ambassador to Rwanda personally warned Kagame in late 1993 that mass killings would result if the RPF broke the February 1993 ceasefire, because of the example of the mass violence that erupted in Burundi in October 1993, when the first Hutu president was assassinated by RPF allies.

The documents also include sworn ICTR testimony of former RPF officers and members who testified that Rwandan President Paul Kagame ordered the assassination of the presidents of Rwanda and Burundi on April 6, 1994, that touched off the mass violence predicted by the U.S. ambassador. Affidavits from a former FBI agent and the chief ICTR investigators are also duplicated in the document.

The documents also show that U.N. Gen. Dallaire reported that “there was no coup” after the assassinations; Kagame repeatedly refused ceasefire requests to stop the killings; and according to Dallaire, Kagame would not use superior military force to stop the civilian killings touched off by the massacres because “he was winning the war.”

According to IHLI Director Erlinder, who served as lead defense counsel in the Military-1 case at the U.N. Tribunal for Rwanda and who was released from a Rwandan prison on medical grounds only after an international campaign in the summer of 2010:

“These U.N. documents are the reason Kagame had me arrested. I have never denied that tens of thousands of Tutsi were killed in ways that fit the definition of ‘genocide,’ but ICTR evidence shows that the RPF were the militarily superior aggressors and took advantage of the predicted civilian massacres as part of their war plan. Had the RPF not been made militarily dominant by outside support and the two presidents not been assassinated in the RPF assault for power, the ICTR evidence suggests that the Rwandan genocide would never have occurred.” 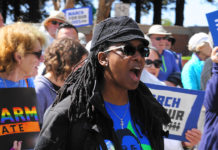 Jovanka will bring people power from Richmond to the California Assembly