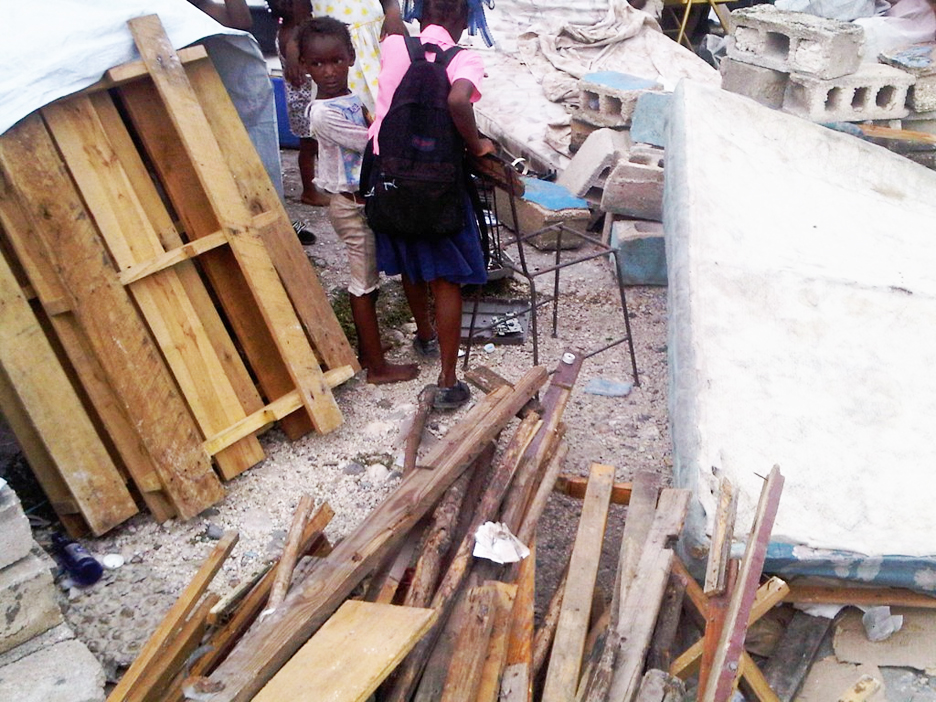 Washington, D.C. – On Monday, May 23, 2011, our offices were alarmed at the startling news that three camps of internally displaced persons in the Delmas neighborhood of Port-au-Prince were effectively destroyed. This included the park at the intersection of Delmas Road and Airport Road, which was destroyed at the hands of the Haitian police under direction of Mayor Wilson Jeudy. This camp is home to several hundred people and is a microcosm of the over 800,000 officially-recognized displaced persons in Haiti.

It is even more disturbing that this incident occurred during the day while many Haitian women and men were out in search of employment. Those who stayed behind witnessed the destruction of their belongings while some were violently beaten with batons by police.

During the same time, the United Nations Office for Coordination of Humanitarian Affairs (UN OCHA) Camp Coordination and Camp Management Cluster sent correspondence about the cancellation of this week’s cluster meeting, as well as the agenda for the next meeting which includes a discussion on the Martelly administration’s “Return and Relocation” pilot program.

However, there was no acknowledgement of the violent obliteration of camps in Port-au-Prince. This is of great concern, and as United States members of Congress, we will thoroughly look into this matter. 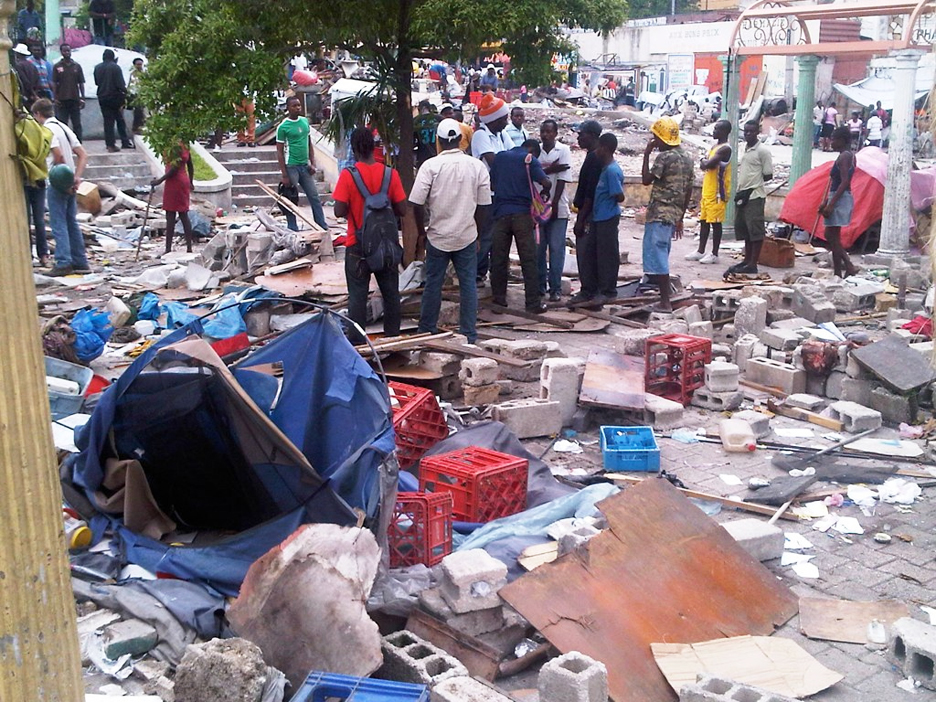 It is mind-boggling that any government official would condone or ignore such actions during a time when Haiti is seeking to recover from the crisis stemming from the January 2010 earthquake and the subsequent sluggish rebuilding process. Facing hostile conditions, including adverse weather, violence and disease, shelter and work are the priorities for every displaced Haitian and must not be compromised.

During President Martelly’s visit to the United States, we were all encouraged by his assertion that Haiti will face a new day — a new beginning. We extended and continue to extend our arms to assist and support the people of Haiti and its government as it transitions upward. We will not, however, idly stand by and hear such reports of evictions without seeking an explanation or taking action.

We understand that the land issues are extremely complex in Haiti and that there is an urgent need to create the appearance of progress. However, this cannot be done by evicting people off of public land with no place to go.

There must be an accelerated effort to remove the rubble and repair livable buildings and build permanent shelter. As representatives who have historically supported the advancement and prosperity of Haiti and its Diaspora, it is our hope that President Martelly, the United States and the international community are aware of these forced evictions and are taking adequate steps to address this issue.

Just one week into his mandate, is this the change new President Michel Martelly promised?

Port-au-Prince, Haiti, and Washington, D.C. – Let Haiti Live and TransAfrica Forum are gravely concerned about the wellbeing of homeless earthquake survivors in the Delmas neighborhood of Haiti’s capital Port-au-Prince. On May 23, the Haitian National Police and agents from the mayor’s office in Delmas arrived without warning and violently destroyed the makeshift shelters of internally displaced people (IDPs). 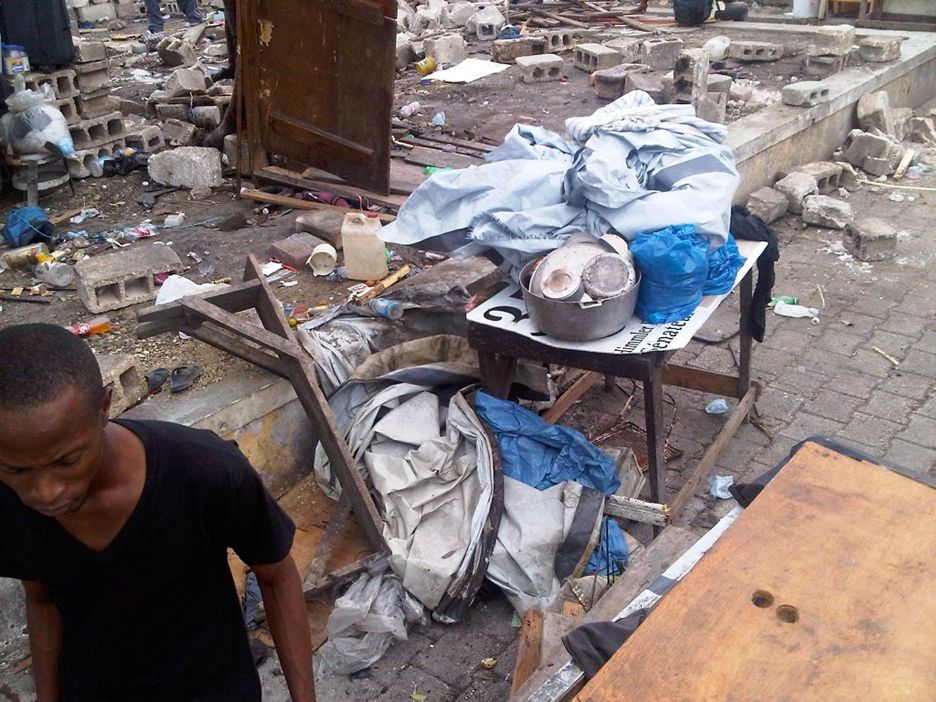 At the intersection of the airport road and the main Delmas road, it looks as though a hurricane tore through the tarps at the park. Several hundred people living in the park were evicted without warning and without a relocation plan. Piles of tarps donated by the American Red Cross and USAID are strewn amongst the few possessions these families had.

These forced evictions are taking place in the midst of the rainy season. Homeless families are now without even the most rudimentary shelter and have nowhere else to go.

The mayor of Delmas, Wilson Jeudy, announced he would continue to evict IDPs in the Delmas area. People were injured as the police swung batons. Later as people protested in front of their devastated camp, the police fired shots to disburse the crowd and continued to beat those who came within arm’s reach.

Life is becoming more untenable for victims of Haiti’s earthquake. After 17 months living under torn tarps and tents, families are now being forcibly evicted from the public and private property where they have been living for more than a year. 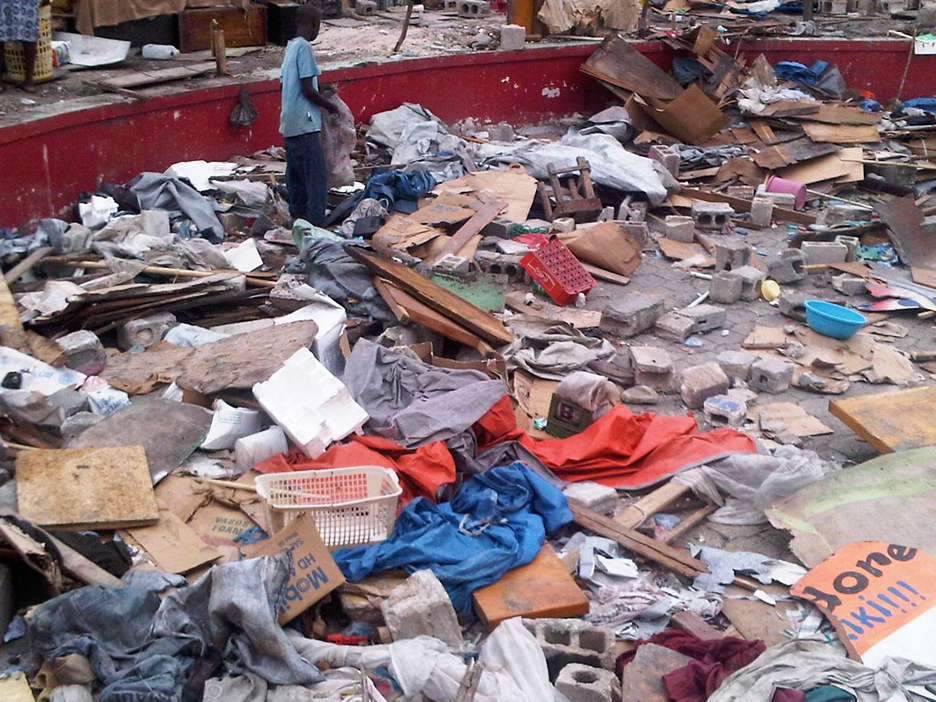 President Michel Martelly has a pilot program to relocate six camps, at least three during his first 100 days in office. If yesterday is any indicator, these evictions will be done without due process, without community consultation, without any known plan for relocation and with violence.

President Martelly promised to resolve the problem of IDPs on both public and private land, but after his campaign for change, many did not believe he would continue with illegal forced evictions. Neither President Martelly nor his representatives were at the scene of the violent destruction in Delmas today.

Also missing from the scene were representatives of the United Nations’ Camp Coordination and Camp Management (CCCM) cluster. And despite being responsible for management of the camps, the CCCM’s leadership from the Organization for International Migration (OIM) canceled this week’s cluster meeting. OCHA recently reported that at least 50 percent of IDP camps were under threat of forced eviction, yet evictions and relocation did not even appear as main issues for the CCCM this week.

Red Cross under fire! Where’s the money for Haiti?

The Red Cross collected $255 million for Haiti relief effort but only sent $80 million!