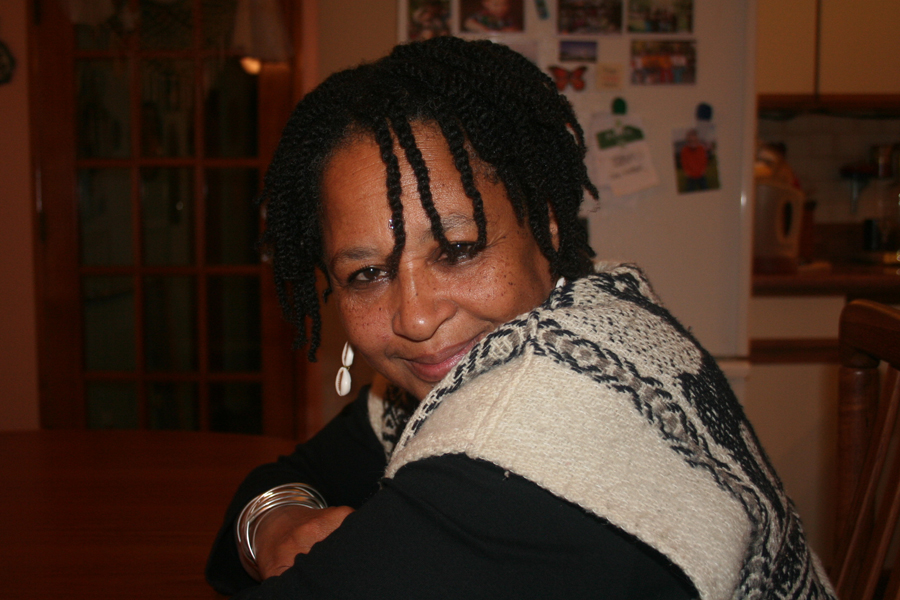 Carrie Core has been the interim program director at KPFA radio station in Berkeley for the last five months. Since that time, KPFA experimented with a new morning show, the Morning Mix. Instead of having two regular hosts, the Morning Mix had regular revolving hosts, as well as a day for guest hosts who didn’t have a regular place to exhibit their hosting and production skills.

This groundbreaking show for new voices was organized in the middle of a civil war that was being waged by the “Save KPFA/Concerned Listeners” faction against management because they were mad that management canceled the Brian Edwards Tiekert-Aimee Allison Morning Show.

If we fast forward to today, KPFA management has recently cancelled the Morning Mix and is getting ready to make some major changes to primetime programming including moving Hard Knock Radio, Flashpoints, Al Jazeera, Free Speech Radio News and more.

I interviewed Carrie Core because I think it is important for our community, the Black and Brown working class listening community, to know who this woman is who wields so much power over what we listen to on the radio station, especially in light of the last two interim program directors, Amelia Gonzalez and Sasha Lilly, co-host of the radio show Against the Grain, who was in power under General Manager Lemlem Rijio. That administration was responsible for hiding a check for over a quarter million dollars that nearly bankrupted the station, for dismantling the Program Council, and for calling the police who beat Black broadcaster Nadra Foster inside of the station on Aug. 20, 2008, just to name a few of their devious deeds.

Today is a new day at KPFA. Hopefully Carrie Core and the administration that she is currently a part of will right these wrongs and take KPFA in a new direction away from the racially charged in-fighting to become a flagship station that supports community initiatives and grassroots people’s struggles all over the world. Let’s hear from Carrie Core in her own words …

M.O.I. JR: Can you tell the people a little bit about your personal and professional history before coming to KPFA?

Carrie Core: I have done some form of media most of my adult life. I started out as a television news reporter at the NBC affiliate in my hometown of Tampa, Florida. When I left that job, I started working at the Black-owned radio station in town. I have worked in all kinds of media – newspaper, magazine, film. I have been a radio host, anchor, producer and publicist.

I first moved to the Bay Area in 1991. I found KPFA while flipping through the radio dial. There was a discussion about the apprenticeship program. After completing the program, I worked as a volunteer programmer with a women’s collective that did a show called Focus on Women and Music. Later I teamed with another programmer and did a Drama and Literature show called Tusitala Blues.

Around that time I became very concerned that there was no environmental programming on KPFA. There were a lot of alarms going off at the time about global warming. The show, Seven Generations, was born out of those concerns. We worked from the premise that you couldn’t get people concerned about what was going on in the environment at large unless you could get them concerned about what was happening in their own backyards.

We encouraged people to grow things, anything – a vegetable garden or herbs on the kitchen windowsill. I became very involved with activists working with the local sustainable futures movement. I worked with the school garden movement. I helped to get community gardens up and running again in Oakland. I helped to put forth initiatives to get junk food out of the schools and to reclaim the cafeterias. I made sure all of these folks were able to come on the air and share their work.

M.O.I. JR: As the interim program director, what are your goals for KPFA?

Carrie Core: My job is to insure the integrity of our on-air sound. It is a daunting task. Everyone thinks that because it is community radio, they have the right to say whatever they want to say over the air. Those who are behind the microphones have the power. However, one person’s truth is not necessarily another’s.

It is a real challenge to make sure all views are represented. When we decide that our views are the only ones that deserve coverage, we run into trouble. We must always be on guard against this.

I want us to do good radio. I want people to listen to us because we are doing dynamic programming. I want communities to feel that they can tune into the station and hear someone addressing the issues that are important to them. I want them to hear the music that truly moves them.

There is only so much airtime to be had. That has always been an issue. Well, now with the internet, we have the possibility of doing a lot more. We can reach many of the different communities that we serve. We have begun to meet to discuss how to carry this forward. As troubling as it is, I think it is an exciting time. This is the opportunity for us to try some new, innovative things.

M.O.I. JR: How is the financial health of the station?

Carrie Core: The financial health of the station is precarious at best. Like many people in our listening audience, we are going through hard times. We are trying to figure out how to maintain with dwindling resources. We are losing membership. We get most of our funding from our listeners. If our listeners are hurting financially, we are too.

I believe our on-air fighting has also hurt us. We can only be as strong as our community support. I get these emails telling me that they are no longer supporting the station because they don’t like the changes that we are making and they want us to bring back the Morning Show. I hope that folks who have that attitude will reconsider.

KPFA brings many people, talking about many topics, playing all kinds of wonderful music. To donate to the station is to donate to the whole of it. I hope that listeners will hang in there and help to see this through. Denying support will only mean even more layoffs. If ever we lost CPB (Corporation for Public Broadcasting) funding, that will hurt us even more.

M.O.I. JR: KPFA has just released info that it will be making major programming changes to primetime shows after the May fund drive. Can you talk about them and why this is needed?

Carrie Core: We are losing audience. People have many more choices than just listening to KPFA anymore. It is time to put some new energy into the programming. I have had several of my acquaintances tell me that they used to listen, but that they don’t anymore. We have to get those folks and others like them back into the fold.

At the present time there is no money to pay for new programming. The best that we can do is move existing programming around as well as open up the schedule to more community produced shows that will bring new voices and new energy to our programming.

M.O.I. JR: There has recently been a controversy at the New York Pacifica affiliate WBAI, where some are accusing management at that station of accepting corporate underwriting. What do you think about this issue?

Carrie Core: The reporter didn’t have his facts straight. To my understanding, the donor, a former Goldman Sachs employee who wishes to remain anonymous, was listening to WBAI on his car radio when he heard a program that he really liked. He decided he wanted to donate to the station. He did some research on WBAI and, in October, gave them a $5,000 donation.

A WBAI staff member contacted him to see if he was interested in donating even more money to the station. He asked if there was some project he could help to fund and she suggested a news department series on hydro-fracking. He liked the idea and donated another $10k in February. This came through a charitable giving program called Goldman Sachs Gives.

M.O.I. JR: How could people stay in contact with you?