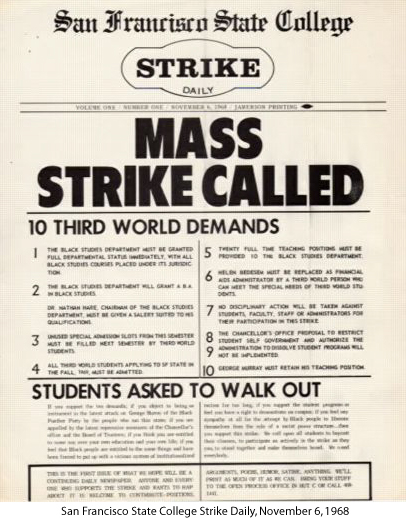 Programs that accommodate the needs of parolees rarely receive significant recognition for their positive impact on the parolee and society at large. It’s only when some flash of negative news alleging a parolee gone bad hits the airwaves and it becomes politically correct to link him or her to some halfway house or drug program that suddenly the program is put on blast and oftentimes scandalized.

There’s a unique program at City College of San Francisco (CCSF) that provides academic and other special services to parolees to help them navigate their flight path toward academic success that the majority of society knows nothing about. Second Chance is its name, and appropriately so, as it acts as a vehicle of hope and opportunity for formerly incarcerated individuals who, upon returning to the free world after paying their debt, expect to receive what universal law dictates, the American Constitution guarantees and our society promises all its citizens: forgiveness, the right of life, liberty and the pursuit of happiness, and the equal opportunity to atone for past mistakes.

The extraordinary work that the Second Chance program does for parolees is a positive news flash that deserves a moment on the information airwaves. This little known program has quietly been assisting the needs of parolees on campus at CCSF for more than 20 years, helping turn former convicts into future professionals in the vocational and all occupational fields of endeavor without an incident of Second Chance students being linked to parolees who are alleged to have behaved badly.

The Second Chance Program is the birth child of another highly accommodating mothership program geared toward assisting poor minorities on the campus at CCSF called EOPS, Extended Opportunity Program and Services. EOPS itself was born from the civil rights struggle of the 1960s.

As one of its founding fathers, Dr. Ray Fong, prefers to call it, the Experienced Oppressed People’s Program, was hard won through blood, sweat and tears by the efforts of a determined group of Third World students who grew tired of having their pleas for ethnic studies implemented as a curriculum in California’s college and universities fall on deaf ears time and time again.

This March marked the 40th anniversary of the Third World Strike, a first-of-its-kind bona fide revolutionary revolt on a U.S. college campus. Unprecedented in American history, a dynamic rainbow coalition of students – Black, Chicano, Asian and Native American activists on the campus of San Francisco State University and UC Berkeley – formed a movement for radical change called the Third World Liberation Front. Revolutionary vanguards in every sense of the term, TWLF demanded not only accessibility to higher education but relevant education for all students of color in the way of ethnic studies.

“Ethnic studies are the interdisciplinary enterprise that starts from the assumption that race and racism have been and continue to be profoundly powerful social and cultural forces in American society and in modernity at large. Our scholarship and teaching focus … on the specific experience of African Americans, Asian Americans, Chicanas/os, and Latinas/os, Native Americans,” explains the Department of Ethnic Studies at UC Berkeley. Wikipedia adds that up until the second half of the 20th century, traditional disciplines such as anthropology, history, English, ethnology, Asian studies and orientalism were imbued with an inherently Eurocentric perspective.

Because of these Eurocentric biases, the histories and comparative study of people of color in America had been misrepresented if not totally ignored. But then in March 1968 a small number of heroic voices of the voiceless took radical action by staging a strike and shouting out their demands for the world to hear. 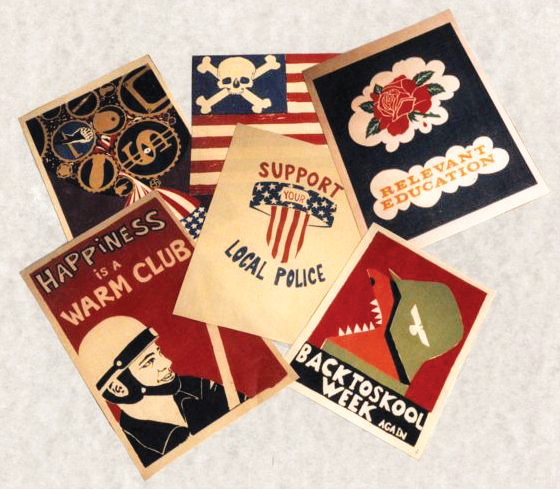 With TWLF leading the way, the longest student strike in the nation’s history was staged. The whole nation took notice, and eventually ethnic studies won acceptance at San Francisco State University and at UC Berkeley.

In the end the strike proved a success, although scores of students on the front line were brutalized at the hands of police officers on horseback. Unarmed students were beaten with batons, tear gassed, and knocked down and trampled by the horses.

Ex-President Ronald Reagan was the governor of California at the time. He referred to the Third World Strike as a “domestic Vietnam.” Ironically, it was Reagan who was forced to sign the bill that allowed for the creation of EOPS and brought forth ethnic studies as a curriculum on all college campuses statewide. 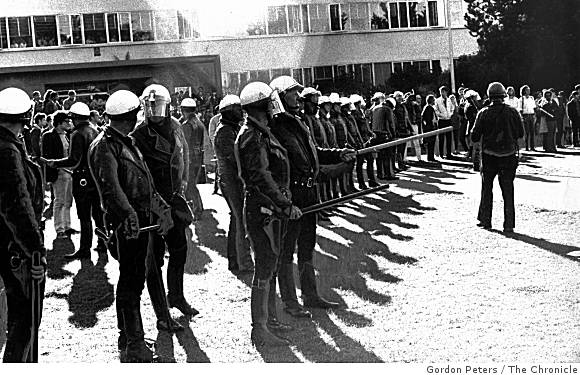 Ironic too is the fact that for all the bloodshed and staunch resistance to radical change, the university wound up actually hiring onto their facility staff members of the Black Panther Party. The Panthers, as we know, were the epitome of radical movements for social change of the ‘60s. So too, the leaders of all the different ethnic groups who fought on the frontline were also given faculty positions.

Consequently, another neglected oppressed sector of American society, ex-cons on parole, was suddenly recognized on universities campuses as having special needs which had to be met in order for them to make the difficult transition from the prison environment to the university setting. The atmosphere for revolutionary change was ripe, and so the Second Chance Program was soon created within EOPS.

Two of its founders, Dr. Terry Day and Dr. Ray Fong, realized that formerly incarcerated students on campus, who were looked upon as second class citizens, had particular needs that were being disregarded. These two visionary professors were help-conscious toward men and women who had spent significant years corralled inside California’s prison-parole industrial human livestock complex and understood the alienation these individuals felt as they treaded self-consciously about campus trying to be accepted and adapt to the complexities of the university experience. 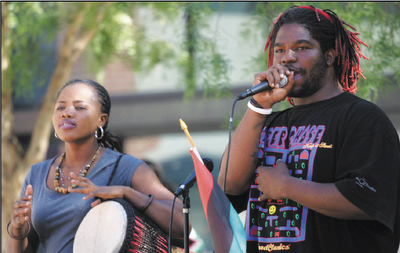 Here’s how Dr. Fong describes the special issues surrounding the formally incarcerated and the role being played by Second Chance to assist: “From coping with transitioning back into society to matters of housing and unemployment, Second Chance students are confronted with a plethora of issues which make the transition into academic life much more difficult than for the average student. In addition, a large number of our students are in recovery from substance and alcohol addictions, which for many is a constant battle.

“For those of our students who have been incarcerated for extended periods of time, it may have been literally decades since they have attended school in a formal setting. Inevitably, issues of self-doubt and self-esteem are intensified for Second Chance students, which in turn may impede their academic progress.” Dr. Fong continues: “Clearly, the needs and concerns of Second Chance students are many. The Second Chance program offers a wide range of services in response to these needs in order to support our students in their pursuit of academic success.”

I personally am a member of the Second Chance program and can hardly find the words to express my gratitude for the services and benefits, such as Muni Fast Passes, EOPS book vouchers, personal counseling, educational planning and academic advice from Dr. Fong himself, who, in spite of being constrained with little time, scarce personnel and an oversized caseload, still finds the time to sit one on one with each and every Second Chance student.

Peer counseling and tutoring support is available. There’s even a newly founded spin-off program to Second Chance called Last Chance to Succeed. Created by long time peer counselor Eli Crawford along with Second Chance student Jessie Jackson. Last Chance to Succeed specializes in assisting and counseling parolees who have spent a total of 20 years or more behind prison walls.

These individuals, whose numbers are more than you’d think, have special complex needs that expand outside the college campus. Yet it’s imperative, if these ex-convict dinosaurs are to make the necessary adjustments to meet the modern day demands of college assignments, that they sustain a level of tranquility about their personal lives on and off campus. 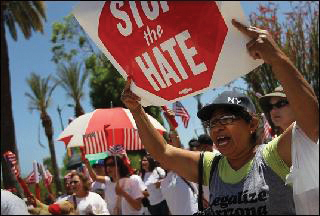 And the Last Chance to Succeed program is that extended arm of Second Chance that reaches out beyond traditional bounds and the academic setting, if need be. I know, because I am one of those dinosaurs who had to turn to LCTS for peer counseling after finding it very hard to realign myself with a society that had gone space-age since my 15 year absence.

Last Chance to Succeed is that special branch of Second Chance which extends itself to assist any and all of the extraordinary needs of parolees, from suicide prevention and anger management to gang prevention and race relations, re-entry for ex-offenders to parenting and trauma healing.

Last semester, which was my first – I am presently attending my second term – Dr. Fong personally helped me choose my classes, in which I racked up a 3.0 GPA. I credit my recent accomplishment to Dr. Fong’s wise counsel on what courses to take.

One of them happens to be an informative class like no other, called Psych 26, Applied Psychology, a course strictly reserved for Second Chance students. Psych 26 is especially designed to mentally prepare newly released parolees for the social shock often associated with coming out of prison and going straight into a college experience.

The course is taught by a founding father of Second Chance, Dr. Terry Day himself. Applied Psychology broadened my awareness of self and helped me better understand my role in society. And not withstanding Dr. Fong and the Second Chance staff’s procedural guidance and academic assistance, it was Eli Crawford’s complimentary satellite program, Last Chance To Succeed, that helped me build the self- esteem and confidence needed to convince myself that I can do something different and worthwhile with the second half of my life.

Second Chance has been a reliable vehicle of support for the unique few parolees on the campus of CCSF who require special services to accomplish an ordinary college education like everyone else. And now with LCTS providing an extra cylinder to power the vehicle and its special cargo along, all would appear smooth sailing ahead. 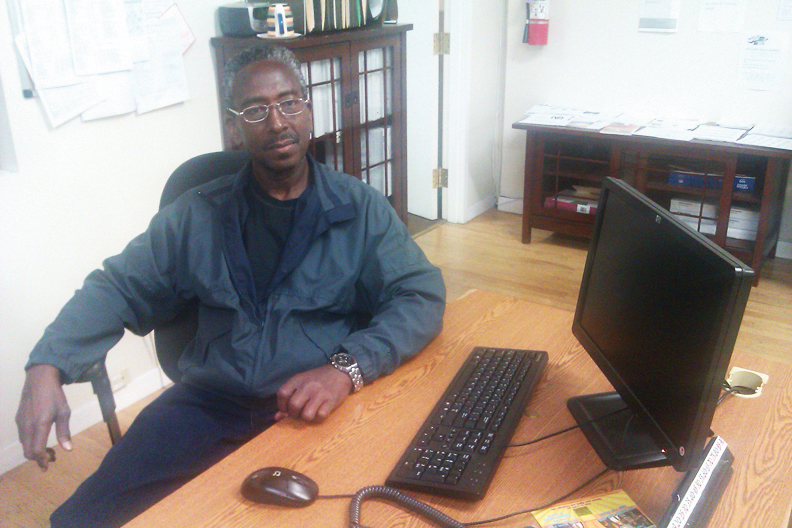 But that’s not the case. Even with the additional strength and support that LCTS provides to Second Chance, still the engine’s operating power has been drastically reduced due to a 40 percent cut in funding. The Second Chance program is being forced to raise its capacity cap from 80 students during the 2009-2010 academic years to 120 students for the current academic year.

According to Dr. Fong; “There is a waiting list of approximately 40 eligible students for the spring 2011 semester, which will once again force Second Chance to raise its cap.” And then there’s the upcoming fall semester and already a wave of new potential students thirsty for a college education is knocking at Second Chance’s door.

By all indications, six cylinders are needed for Second Chance to operate and maintain the extra case load. There’s no question as to the success rate of Second Chance students. As Dr. Fong proudly states, “Presently, 24 students are first time freshmen at CCSF, and thus have not established GPAs yet. Of the remaining 95 students, 33 percent – 31 students – have earned cumulative GPAs above 3.0. And 81 percent – 77 students – are in good standing with GPAs above 2.0 and are persisting strongly.”

In light of the new prison release programs in effect and society’s emphasis on education over incarceration, the CCSF’s Second Chance Program, along with Last Chance to Succeed, need a second breath in the way of additional funding so that this highly worthwhile life changing vehicle can continue functioning in the best interest of society and its special-interest citizens, the voiceless parolees who hunger for an education and a Second Chance.

Willie Hill can be reached at williehill1953@yahoo.com. 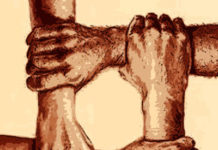