by gug, a gay Ugandan who must remain anonymous for his safety 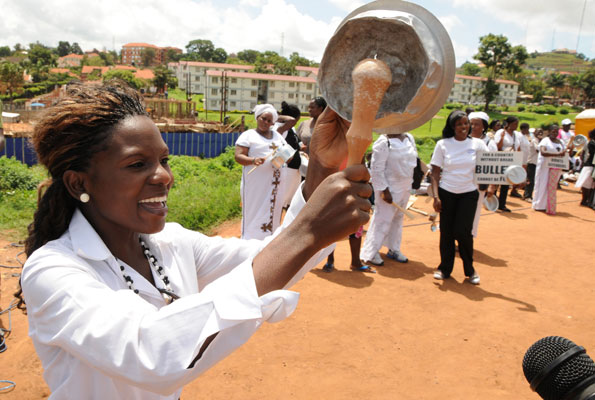 Or the so-called Bahati Bill (for its author, Member of Parliament David Bahati).

Well, as I was sleeping, on this self-enforced hiatus, the wheels of parliament were moving. Now, the Anti-Homosexuality Bill is at present being discussed in the parliament of Uganda. Just today, as I write. Yes, today, Friday, the 6th of May, 2011. Committee hearings are reportedly going ahead.

And, that on May 12 is the coronation of the King. Uh, do not think that I am using my words without real care.

Why is the Anti-Homosexuality Bill being discussed today in parliament? And as a matter of urgency? Pure and simple. DIVERSION. 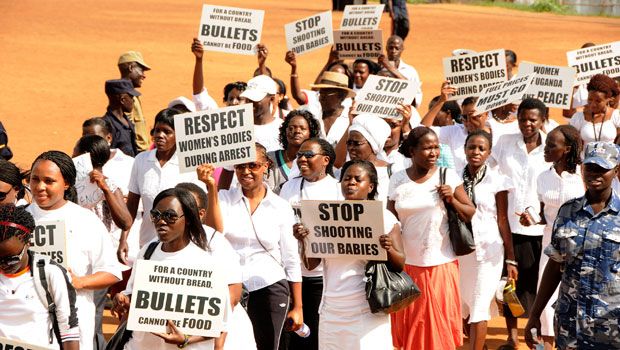 Less than a week ago, the opposition parties started a “walk-to-work” peaceful protest. The government responded with overwhelming violence. Currently, as I write, the major opposition leader is in neighboring Kenya for medical attention for injuries he received during one of his four arrests. They sprayed teargas and pepper direct into his face, after breaking down his car windows. And this was in full view of the press.

The next day, riots paralyzed the country. It was after the video of that arrest was shown on TV. Ugandans, the citizens of the country, were appalled. They came out on strike. And the government responded with overwhelming violence again. So bad that the spectre of Idi Amin Dada, famous dictator and life president of Uganda, was raised.

So the country is in ferment. With the coronation to happen in just a few days time. So the Anti-Homosexuality Bill is being discussed … and is ready to be passed.

So it is a DIVERSION. The government needs a heady diversion for the country. For the outraged citizens of Uganda.

So, and this is very important, what is the government trying to do?

In actual fact, that diversion is not going to work. Because the citizens of Uganda are simply more concerned about the rising prices of food and the deteriorating human rights situation. Their homophobia is a reflex which the government wants to use. But it is not likely to work.

Oh, I am gay. I am Ugandan. I know what I am talking about. 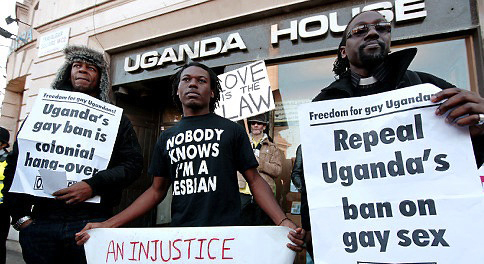 Hey, so what should you do?

I REQUEST AND BEG OF YOU, OUR ALLIES, NOT TO BE FOOLED.

That is very important.

If you want to condemn the Anti-Homosexuality Bill, please CONDEMN in the strongest terms possible, the general state of human rights in Uganda.

Oh, the bill will be passed in Parliament. Have no doubt about that.

But remember that this is time for the GAY MOVEMENT around the world to make COMMON CAUSE with the average citizen of Uganda to decry the abuse of human rights of ALL UGANDANS.

This is time for the GAY MOVEMENT around the world to make COMMON CAUSE with the average citizen of Uganda to decry the abuse of human rights of ALL UGANDANS. Do not separate the two issues.

Make common cause in demanding the cessation of abuse of rights of Ugandans, including LGBTI Ugandans, by the government of Uganda.

LGBTI rights are human rights. And, we are concerned about the rights of ALL Ugandans, including LGBTI Ugandans.

And, yes, go ahead and talk. Tell everyone. Because, again, we cannot fight this in Uganda. The diversion will occur if you are outraged and forget that not only kuchus in Uganda are at risk. Talk, make the bold and angry statements. Make them about Ugandans in general. And also Ugandan kuchus.

And thanks for your help.

This eloquent and courageous plea first appeared on Gay Uganda on May 6, 2011.

Harvey Milk would stand with all Ugandans now 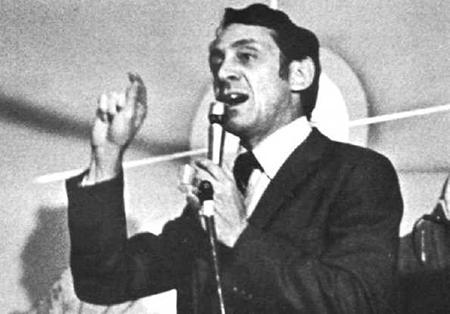 Last week, as Ugandans were arrested, teargassed and even shot dead protesting soaring fuel and food prices, I wrote, “Tear gas and arrests; Birth of a Ugandan civil rights movement?” I called opposition leader Anne Mugisha for KPFA and AfrobeatRadio News and published the radio archive with the headline “Ugandans Walk in the Footsteps of Gandhi and King.” And, as a long term resident of the San Francisco Bay Area, I knew that Harvey Milk, portrayed here in “The Life of Harvey Milk: In the Footsteps of Gandhi and King,” would stand not only with Sexual Minorities Uganda, embattled by Uganda’s proposed Anti-Homosexuality Act, aka Hang-the-Gays Bill, but with all Ugandans now:

Much of the Ugandan opposition, including Dr. Kizza Besigye, have spoken out against the Anti-Homosexuality Act and against criminalization. Ugandan President Yoweri Museveni has said, “The African church is the only one that is still standing against homosexuality. The Europeans are finished. If we follow them, we shall end up in Sodom and Gomorrah.”

But that’s far from the only reason to call on the U.S. government to stop backing Yoweri Museveni. Others include the food and fuel prices pushing so many Ugandans to desperation, the deterioration of the country’s public school system, corruption, the 2009 Human Rights Watch Report, “Open Secret, Illegal Detention and Torture by the Joint Anti-Terrorism Task Force in Uganda,” and the 2010 U.N. Mapping Report documenting Museveni’s army’s genocidal civilian massacres and other atrocities, including the mass rape of men, women and children in the Democratic Republic of Congo.

If the gay community were to stand with all Ugandans now, as Harvey would, and call on our government leaders, including Barney Frank, Barbara Boxer, Hillary Clinton and Barack Obama, to do the same, gay rights would win many new friends and more outspoken defenders, both here and in Africa.

“Flashpoints: Will Uganda be the next Egypt or Tunisia?” on AfrobeatRadio