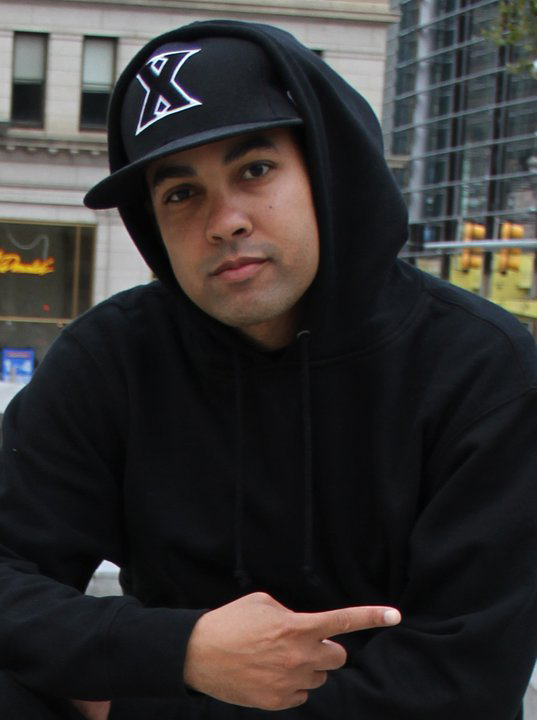 Jasiri X is one of the most famous up and coming conscious artists in the nation who has been making positive noise with his music. Straight out of Pittsburgh, Pennsylvania, Jasiri X has been working with Paradise of the legendary rap group XClan in a community coalition called One Hood. I wanted to take this opportunity to share with our readers a Q&A I did with this talented young Black man who is making constructive music for our people so we can know which way to point our children and siblings. Check out Jasiri X in his own words …

M.O.I. JR: Can you tell the people how you came to start appreciating Hip Hop music? When did you start to write rhymes and perform?

Jasiri X: It was when KRS dropped “By All Means Necessary,” Eric B and Rakim dropped “Paid in Full” and Public Enemy dropped “It Takes a Nation of Millions.” Around that same time a friend of mine got turntables as a Christmas gift and asked me to write a rhyme; the rest is history. I didn’t start performing until about five years later ‘cause when I first started I wasn’t that good (laughs).

M.O.I. JR: Did you start your career as an independent artist?

Jasiri X: Yeah, just like almost every artist, but I did reach a point after the “Free the Jena 6” song that the majors started reaching out. I decided to remain independent to maintain creative control plus the ability to make music whenever I want.

M.O.I. JR: What is your objective as an artist?

Jasiri X: To raise the consciousness of the people who listen to my music, as well as entertain with good music and a strong live show.

M.O.I. JR: What is the objective of the Hip Hop organization that you are a part of, called One Hood?

Jasiri X: One Hood came together to stop a lot of the senseless violence we saw taking place in our community. We saw the common thread between all the neighborhoods was a love and respect for Hip Hop so we began to use Hip Hop as a way to bring different neighborhoods together peacefully. We also began to advocate for members of our community who were victims of police brutality or unjustly incarcerated.

Jasiri X: So much (laughs)! I got a mixtape that dropped in February called “Rappers on X,” which features a lot of my collaborations with other notable artists like M-1 from dead prez, Planet Asia, Brother J from X-Clan and Hasan Salaam. After that I’m shooting videos for my album, “Ascension,” that comes out on Wandering Worx Entertainment this summer. Plus we’re gonna continue to make videos in response to relevant news events.

M.O.I. JR: Who are some of the artist that you have worked with in the past?

Jasiri X: Besides the ones I’ve named that will be on “Rappers on X,” I’ve worked with Wise Intelligent, NYOIL, Davey D of course and being from Pittsburgh I’ve worked with both Wiz Khalifa and Mac Miller.

M.O.I. JR: How has Pittsburgh influenced your work?

Jasiri X: Because Pittsburgh is not really East Coast and the music scene is heavily influenced by the West Coast and the South, I think it allowed me to develop my own sound. Plus Pittsburgh has some of Hip Hop’s all time great producers, so I’m never at a loss for great beats.

M.O.I. JR: How has the Nation of Islam been involved?

Jasiri X: The Nation gave me the relevant information that I needed to be rapping about plus the true love for our people and the desire to use my talents and gifts not just to put money in my own pocket but to help all of humanity. The Nation also gave me the discipline and the drive needed to turn my idea into reality.

M.O.I. JR: Where can people see and hear you online?

Jasirir X: I was Washington, D.C., Milwaukee and Atlanta in April and in Portland, Oregon, and Seattle the first week of May. Me and Paradise are working on a nationwide tour for the summer.